Last night, I headed out for a night on the town with Scotty, Lisa and the cast of American Horror Story: Cult, the latest chapter in the AHS saga.

I really like the American Horror Story franchise even when the series doesn’t live up to its potential it’s still a unique and interesting ride. Plus… Sarah Paulson. She’s a force of nature and I heart her.

On the panel, which was moderated by Ryan Murphy, were:

It was a really amazing panel. It was one of the best panels I’ve seen yet to be honest. With Evan Peters and Sarah Paulson the only two cast members present on each season of AHS they got the brunt of the jokes and questions. 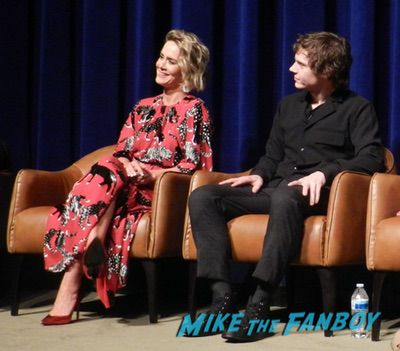 Sarah Paulson mentioned that working with Even has been amazing because in the harder scenes this season especially they developed a shorthand which really helped their characters as well. 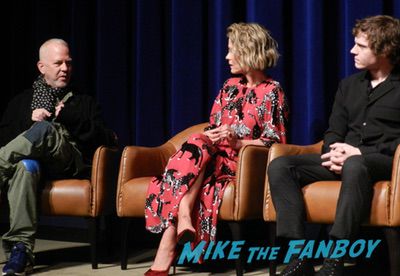 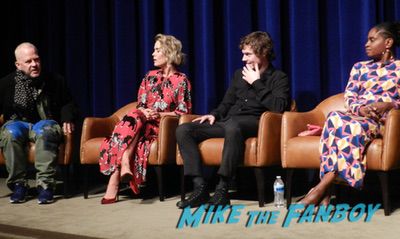 Billy Eichner was really funny on the panel and he gave Ryan Murphy a lot of credit in giving him an opportunity to stretch and get out of his Billy on the Street persona. 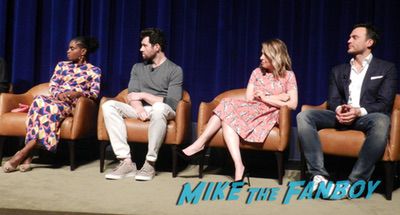 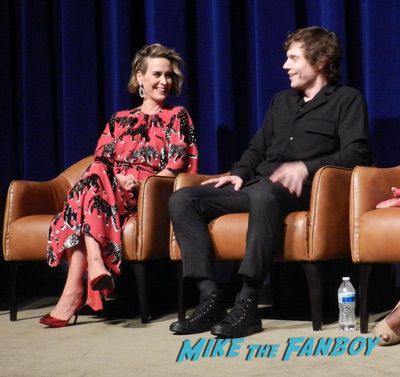 After the panel, the cast stayed and hung out off the stage. Sarah Paulson who is as nice as she is talented signed a couple cast posters for me as sis Even Peters and Bill Eichner.

Cheyenne Jackson was super nice and stayed as long as anyone asked. He signed both of my posters as well.

It was good so far.

Then the cast came out to the party.

Sarah Paulson then signed a Funko Pop for me and my American Crime Story poster I didn’t get her on during that panel.

Then we did a picture which came out really cute. 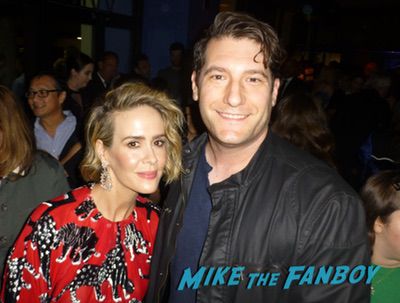 Then we went and met Adina Porter. She was so nice and signed my posters too. 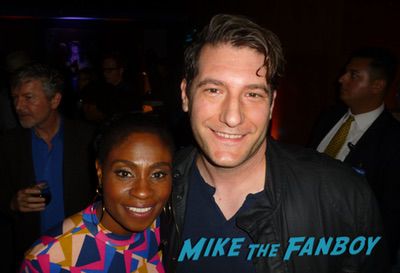 Billy Eichner was nice. He signed my Parks and Rec poster and did some photos with everyone as well. 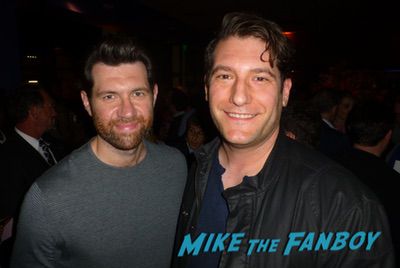 Leslie Grossman was adorbs. She was so cute. We did a quick poster and she signed my posters as well. 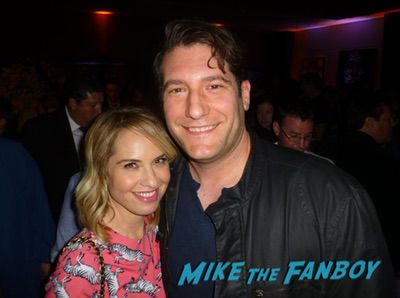 Evan Peters was holding court and was meeting everyone. He did photos and signed an 11×14 photo for me. Super nice. 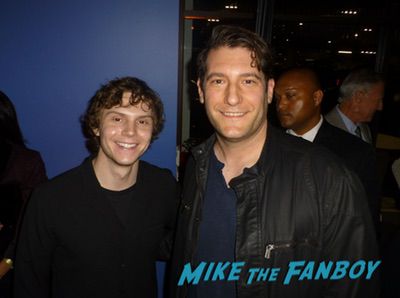 As an added bonus, Chaz Bono who was in the series attended the event. We had him sign our posters and did photos as well. 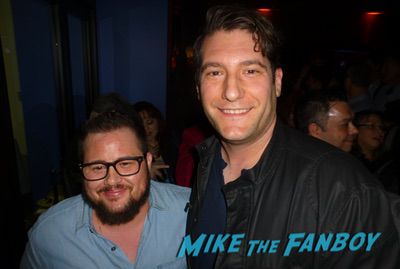 Honestly, Scotty, Lisa and I had a blast. We did some photos on the carpet before heading home for the night. 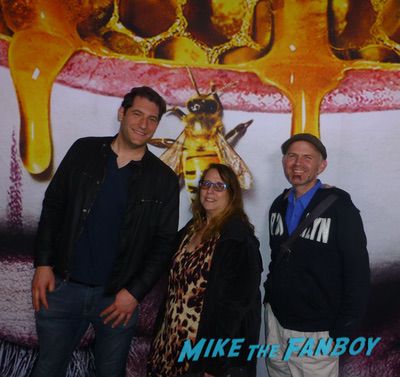 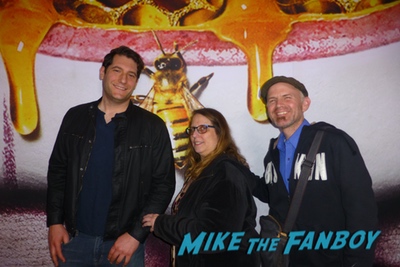 And we even got this fun candle as swag to go home with! 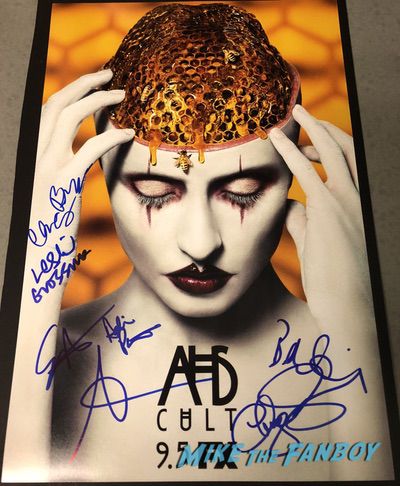 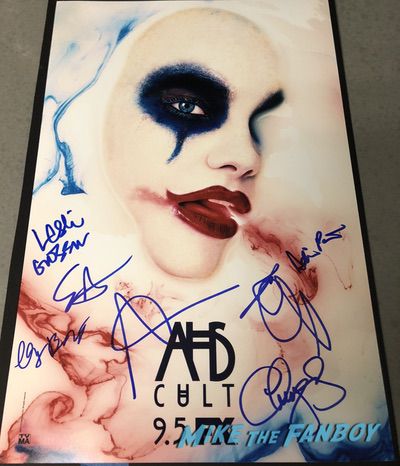 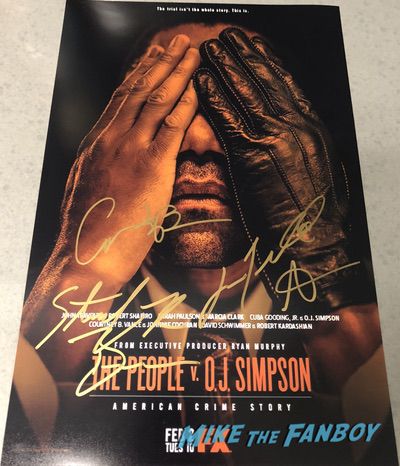 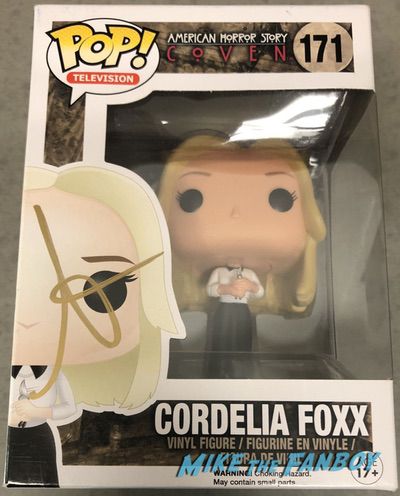 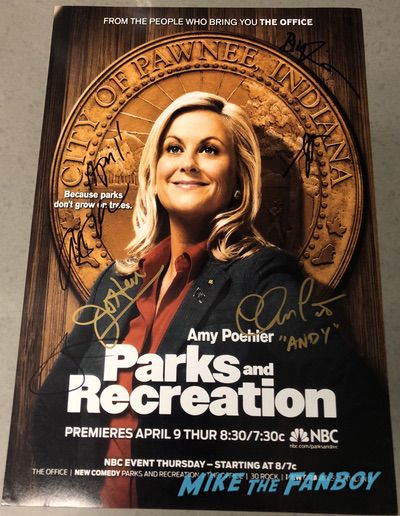 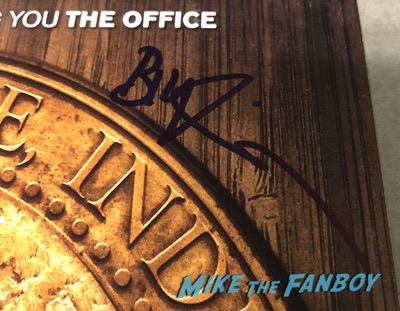 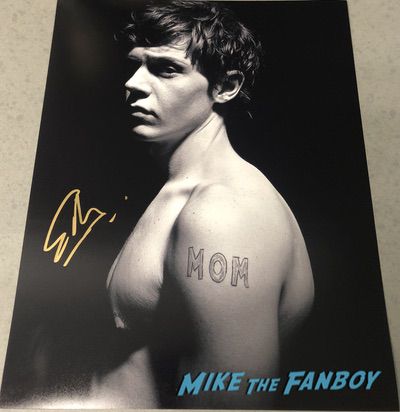