This weekend there was a q and a with the cast of the new film American Pastoral. Now, I love me some Ewan McGregor, I mean hello he was in Moulin Rouge for God Sakes!

Also on the bill for the q and a tonight were Jennifer Connelly, Dakota Fanning and Uzo Aduba.

Time was ticking out and just like my patience time it was wearing thin. Ryan arrived but it was still a small crowd, just five of us.

When it seemed like everyone should have already been inside, four cars pulled in and the cast arrived in a flash. We yelled for everyone, and Ewan McGregor looked over but bolted inside. Doh! That was fast and swift.

Scott left sensing that it wasn’t going to go well, and yet we all still wait.

I brought a few things for Ewan, I have a Moulin Rouge mini poster that Nicole Kidman signed for me earlier this year that I need in gold and a Big Fish mini poster as well.

When the q and a ended the cast came out in a clump. Dakota Fanning ran to her car like there were 100 paparazzi chasing her and not the four fans waiting, Jennifer Connelly looked over and ignored. Doh!

We yelled for Ewan McGregor and he came on over nice as could be. He said he would sign one each and Ryan was nice enough to get my Big Fish poster signed for me because he didn’t have anything. 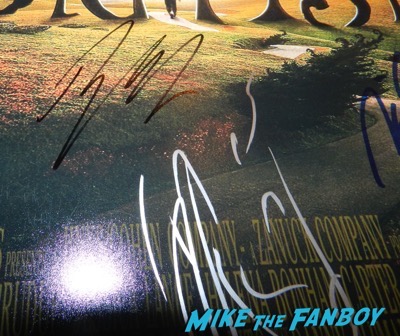 I got Ewan McGregor to sign my Moulin Rouge poster and in 22 seconds it was over. I didn’t even get a chance to get a picture!

Still, I’m more than happy to get Ewan McGregor because trust me I have a lot of stuff for him to sign. 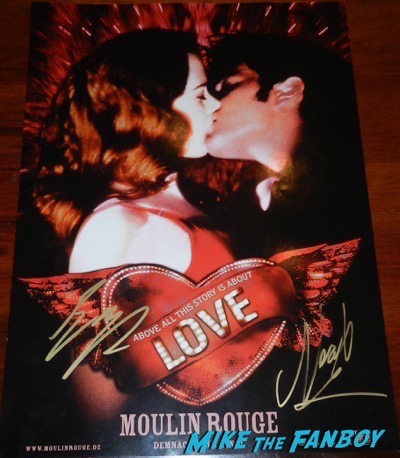 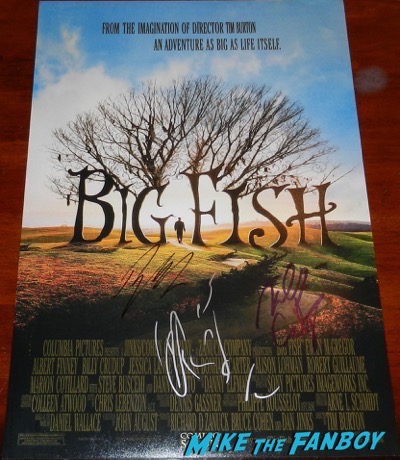