As many of you know, I love the 1980’s… Love them! Love the music, love the television, love it all… Maybe not the fashion… But everything else, I love! One of my favorite 1980’s films is Pretty In Pink! Because it’s amazing!

I’m been working on getting my Pretty In Pink counter standee signed for years now… I have Harry Dean Stanton, Jon Cryer, Annie Potts, Molly Ringwald (finally) and today I’m trying to finish it with Andrew McCarthy.

Andrew has been in some of the best 1980’s movies, Mannequin, Less Than Zero, Weekend At Bernie’s, etc… So, I clearly have a stack of things for Andrew McCarthy to sign! Andrew apparently has become a writer and a travel writer at that. So, with his new book coming out Andrew is doing some signings in our area!

4:09 p.m. – Pinky is with me and we’re heading down to the signing. We can’t stay for the actual signing because we have concert tickets tonight.

4:23 p.m. – It is so hot, I don’t understand when hell opened up and came to Southern California.

4:31 p.m. – My friend gave me this awesome shirt I thought was perfect for Lindsay from I Am Not A Stalker! She’s here and so is Scotty. We are all brat pack fans! 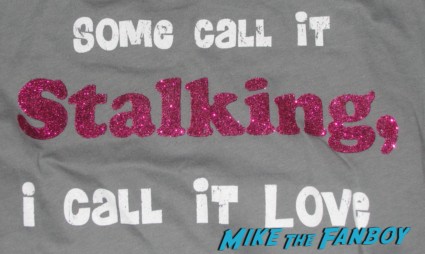 4:42 p.m. – Scotty has a few things for him. I have my counter standee, Pretty in Pink mini poster, Mannequin DVD and insert, Less Than Zero, etc… Oh Lord! I have too much!

4:49 p.m. – We’re all getting a tad concerned that he’s not here yet… Doh. The book signing starts at 5:00 sooooooooo Time is ticking by…

4:58 p.m. – Oh, a car. It’s Andrew McCarthy. He gets out and the girls go first and get their photos. Then Andrew graciously signs my Pretty in Pink standee and then my Mannequin DVD cover already signed by Kim Cattrall. 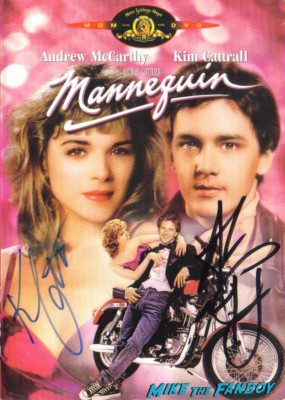 Then he signs one for Scotty. 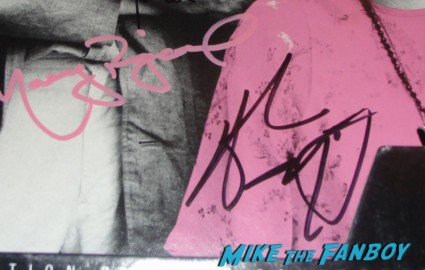 I asked for a photo and Andrew was like sure! But the nasty woman at the bookstore was like, “He has to go, we have people waiting for over three hours inside!” which was a lie because Lindsay scoped it out earlier. Connie, the bitchy bookstore lady, totally jacked me for a photo op!

5:03 p.m. – Even though we had to be at the Hollywood Bowl by six, I still wanted to watch a little bit of the talk. 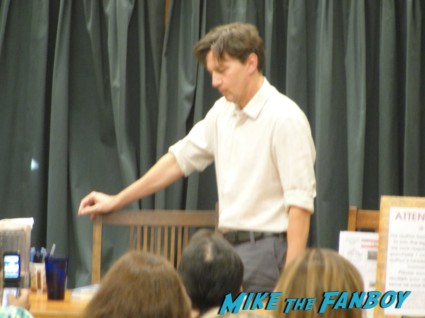 Andrew was so interesting and joked about his earlier movies, by saying, “Let’s get this out of the way, I love Molly and yes we have our annual Brat Pack meetings, everyone is doing well and we all talk.” LOL! 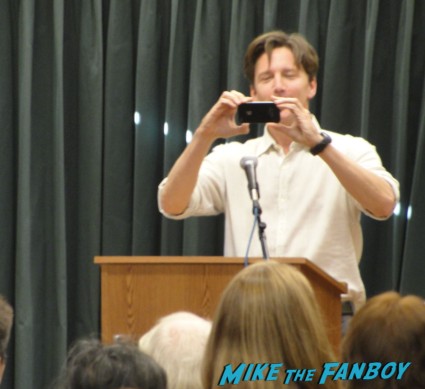 He talked about how his life has changed and he loves traveling which is how he became a travel writer. 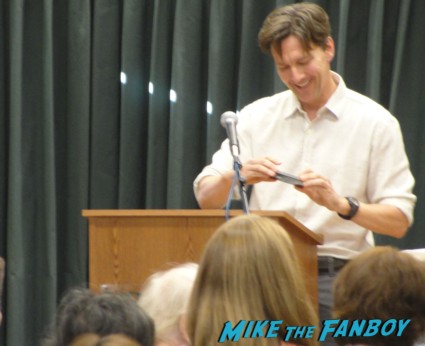 Scotty stayed for the actual signing so hopefully, he can let us know a little more about how the signing went. 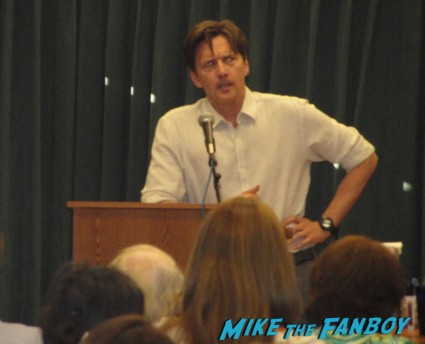 I think I might try and catch one of Andrew’s other appearances because honestly the book sounds really interesting! Andrew was so kind! I have to tell you. Even though he was running late he was gracious enough to sign for all of us, I will get my photo! LOL… 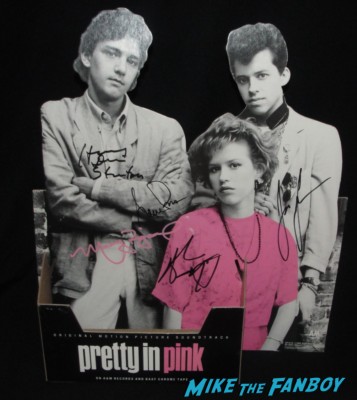