Oh Comic Con that annual right of passage that can lead to celebration or heartache… This past year, it was decent but still the massive gathering of fans and famous is growing at such a huge rate, it’s becoming too massive for it’s own good.

However, Andrew in his second report for MTF, had an amazing couple of years meeting many of the Avengers at the Marvel booth. I was able to get in on two of these signings, but didn’t get to meet Joss Whedon (but i have in the past). I have to tell you, I was a little stunned when Andrew talked about Joss Whedon’s Divialicious behavior… Uh oh…

I sincerely hope that this whole Avengers madness isn’t making Joss too big for his britches, because I’m a huge Whedon fan! I mean this is the man who brought Buffy to life!

Check out Andrew’s report and pics after the jump!

My son and I were able to meet CHRIS EVANS,CHRIS HEMSWORTH,HUGO WEAVING, TOM HIDDLESTON AND DIRECTOR JOSS WHEDON at the San Diego Comic Con. All the celebrities but one were very friendly and very nice to the fans. 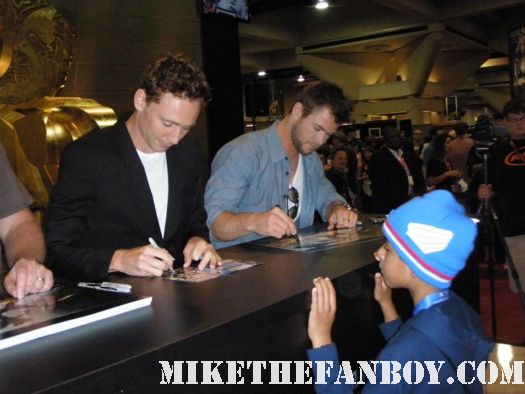 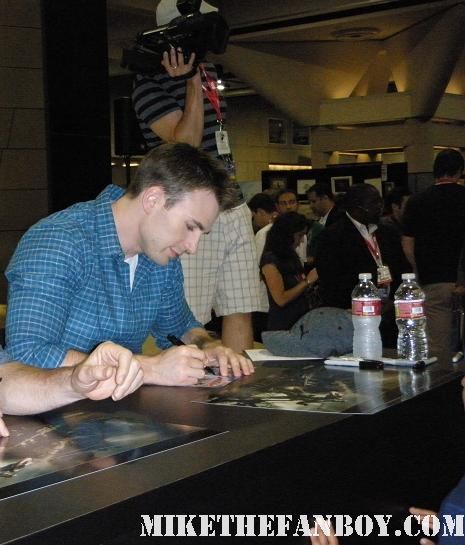 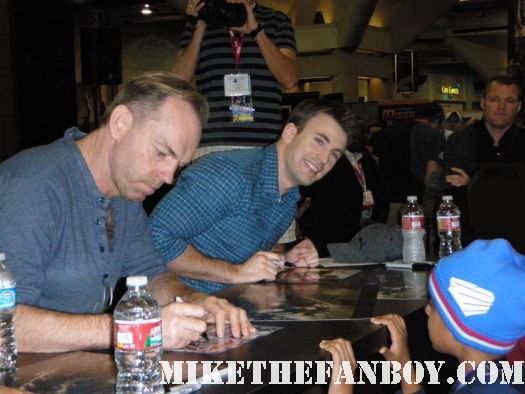 You may be surprised at the one who wasn’t and that was Joss Whedon. He showed up to the signing and refused to talk to anyone while signing autographs, that was kinda weird. 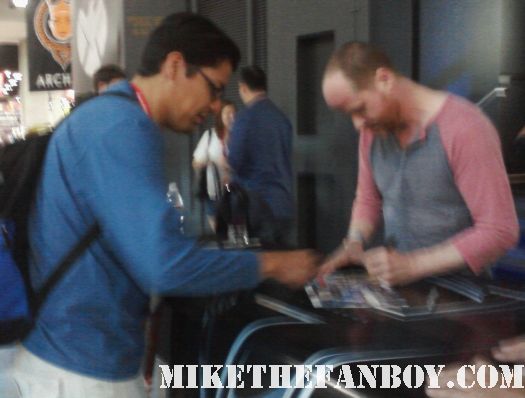 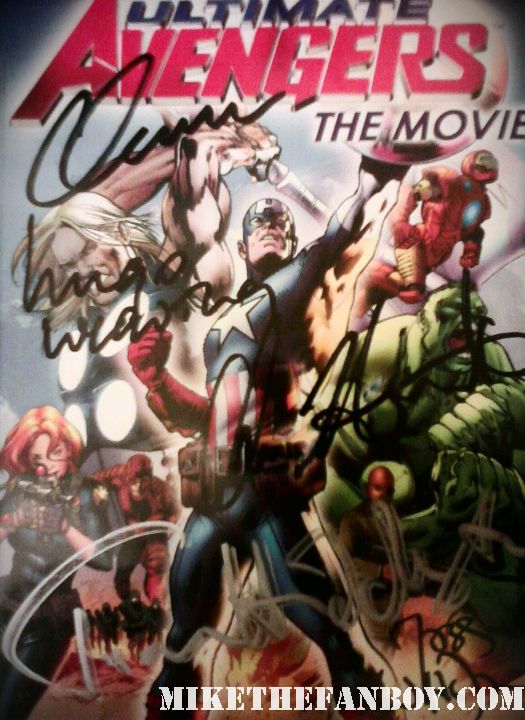