Home / Conventions • Fanboying! • The Road To Comic Con / Andrew Talks About Meeting Henry Cavill With The Man Of Steel Cast And The Kindness Of Comic Con! Autographs! Photos! And Awesomeness!

There are certain things are San Diego Comic Con that can only happen at Comic Con. And I’ve seen the worst in people there and I’ve seen the best. So when Andrew sent in this awesome story about meeting Henry Cavill at the Man of Steel signing, I was so happy for him! Then I read further and realized that he actually went through the line and pulled a ticket for The Hobbit and gave it away to someone who really wanted it!

I was really impressed, Erica actually did a similar thing this past comic con when she got an extra wristband for the Hunger Games signing. She tasked me with finding someone to give it to (the signing was about to start and we all had the Hobbit signing to go to). Anyway, with the help of a few girls in line, they found a young girl who was desperate for one as well.

It’s things like this that only happen at comic con. Now you would have had to pry my Hobbit ticket out of my cold dead hands but that’s another story.

Check out Andrew’s recap of how he and his son got to meet the Man of Steel cast after the jump!

I read your article about the WB autograph line and I felt your pain when I read it. I was there too at 6 am ,however I was only looking for the MAN OF STEEL autograph for me and my son (Noah). I was about 25th person in line and I couldn’t believe it, when the line started drawing tickets I swear the first 15 people won right off the bat, I was like what?! ..so naturally when I got up there I drew a ticket and lost of course…so I had to get back in the big line, BUT I ran into a friend on my way down and he let me cut in with him! , so I got VERY lucky..then as we got closer my friend said he wanted TRUE BLOOD autograph and right then the WB people came out and said “TRUE BLOOD IS DONE! NO MORE AUTOGRAPHS FOR TRUE BLOOD!”

My friend was upset naturally, but he said to me well I’m in line already so I might as well help you win MAN OF STEEL , I was sooo relieved. Since my son decided to sleep in that day I was “flying” solo. So as we got up there again he drew a winning ticket for Man of Steel and gave it to me! so then I drew a ticket for The HOBBIT and…..WON! , (but I didn’t want it) so I gave my Hobbit bracelet to a handicap person who didn’t win and who desperately wanted the Hobbit, so she was Soooo thankful and in tears. It was a great adventurous morning for sure.

Anyways I included some pics of me and my son in line to meet Superman himself, 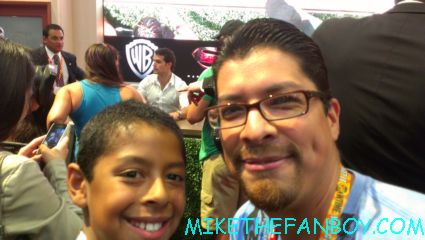 I complimented him on his first movie that I ever saw him in (Count of Monte Cristo) and he was very thankful! 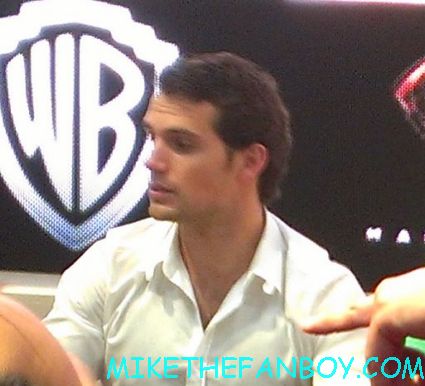 The Director Zack Snyder was also very cool and loved what I had to say regarding his work. They were both very cool guys, it was a great day. 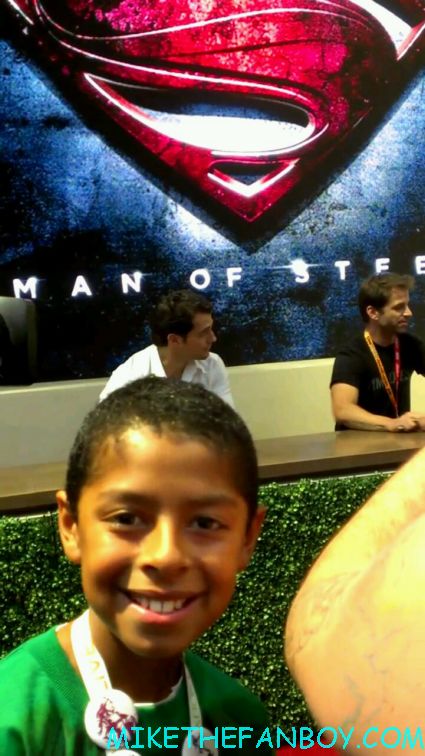 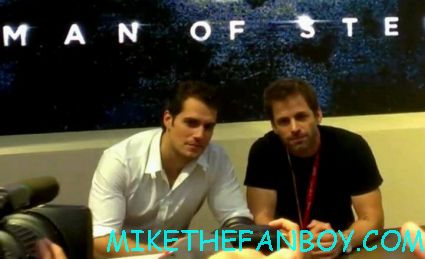 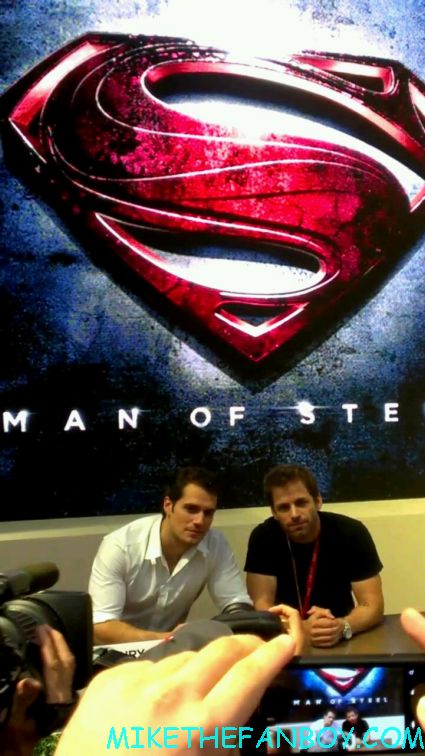 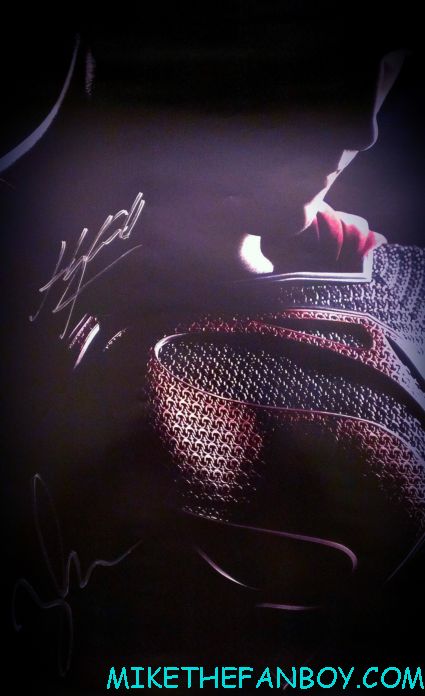