I have been a huge Andy Serkis fan, the guy is almost a legend that has been in a bunch of great franchise movies such as Star Wars, Planet of the Apes, and Lord of the Rings.

Andy Serkis is probably one of the nicest guys in Hollywood, man does he keep his word about signing after!!!!

Andy Serkis was in town to direct the new Venom 2 movie that is coming out starring Tom Hardy and several other cast members. Andy came on set and told us he would sign after work and he kept his word. His handler told us that he would sign 1 each and only 1, but Andy said he will sign everything we had for him.

I had him sign my three funkos I could have had a fourth one, if I found the Planet of the Apes funko. Anyway I am happy enough to have him sign my Star Wars funko, Black Panther funko, and Lord of the Rings funko!!! Andy you have a fan for life in me!!! I am super excited to see Venom 2!!!!! 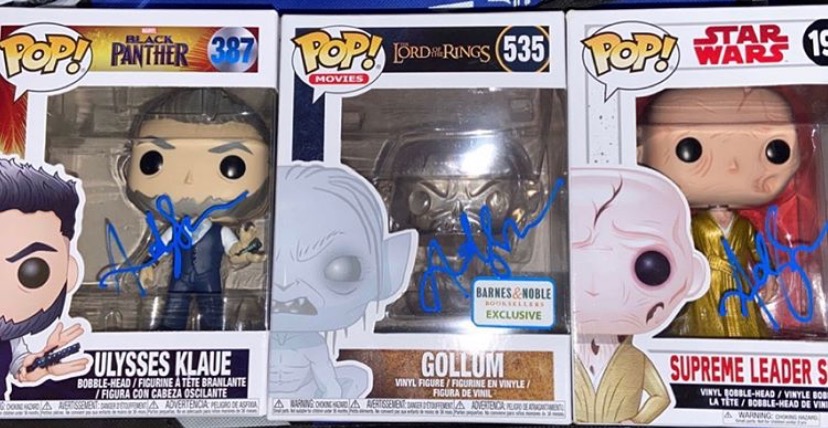