How can you not love Angela Bassett? She rocked American Horror Story last season and What’s Love Got To Do With It is a classic!

Dallas is a huge fan and heard that Angela Bassett was going to be at a rally for Hillary Clinton locally so he jumped in the car to try and meet her!

Dallas from South Carolina here….and today was one of my most spur of the moment in person experiences of all time in terms of collecting. Let me just foreshadow this with the statement that I love Angela Bassett tremendously. LOL.

But……I didn’t however want to drive 3 and a half hours one way for her….and I got word that she was coming to South Carolina the day before the events to campaign on behalf of Hillary Clinton, to a city pretty far away from me, and I thought about it all night long, and decided not to go. I was really sad the next morning and regretted not going.

It’s like 1:30 in the afternoon, I’m sitting on my phone, watching her event 3.5 hours away on Periscope, basking in the epicness of her being in SC, and also sad that I’m not there.

Then around 4pm, I’m just randomly on Instagram on the #Hillary hashtag and I see a notice that Angela had added a 7pm event in Charleston, SC at a restaurant, and Charleston is only about an hour and a half from my house….

In a matter of about 60 seconds, I raced around my house, went through every single DVD cabinet I had, found two movies that she starred in (insert crying emoji here because I couldn’t find my copy of What’s Love Got to Do With It #TinaTurnerForever) and then just hopped in the car and started driving on the spur of the moment.

I arrive at the venue after trying to find parking (Charleston is awful…I met Erica there last year at the YallFest, I feel sure she’d vouch for me, the struggle is real when trying to get good parking there), then I get in, it’s a really dark club-like restaurant, really weird for a political rally, the lights are off, loud music playing…and they said to just take a seat anywhere on the left wall, and that those were all reserved for people attending the event.

At about 5 minutes to 7, the music stops playing, we see an SUV pull up out front (there’s probably about 75-80 people gathered inside the small bar/restaurant).

Angela and a small entourage walk in, and the crowd goes wild (lots of women worship Angela I learned that night haha) 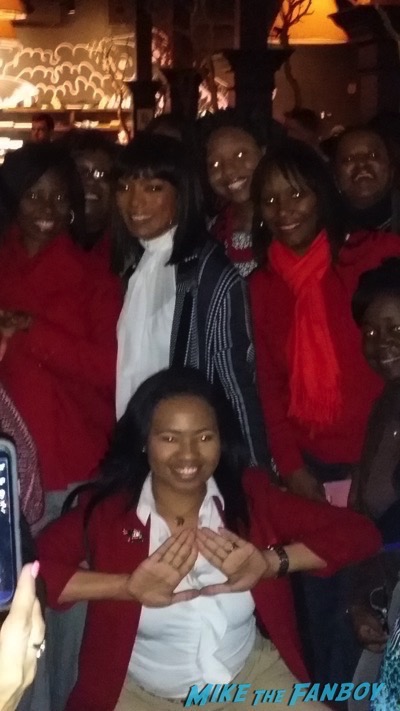 I was sitting at a table right near the front door, and she begins to shake hands as she walks in, I have one of my DVD covers on the table and as she reached her hand out to me, I shook it and asked if she would mind signing for me, and she noticed it, and said now this guy here is prepared, and was awesome…she did a really bold signature on that first one… 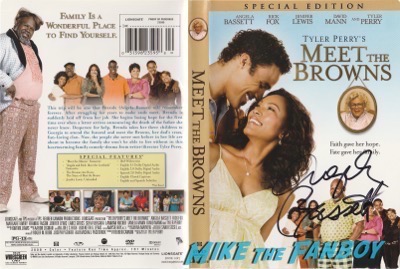 At this time there were so many people surrounding her, she started taking selfies, no one else really wanted anything signed, and she just made her way down the whole line talking to the tables of people and taking pictures. 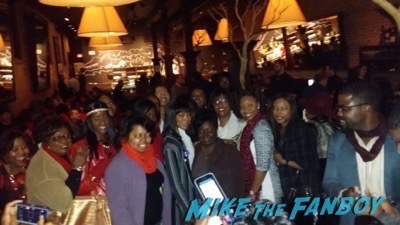 It took her about 30 minutes to get through to the very back, and then she started making her way back up to the front and getting the people she had missed. I was able to stop her again and she posed for a really great picture with me, I thanked her for coming to Charleston, and she said of course, you’re welcome. 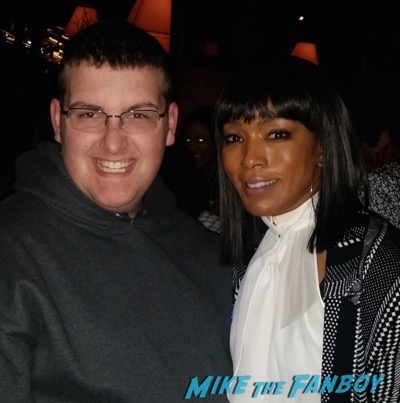 She then gave a brief 5 or so minute speech about why she was supporting Hillary Clinton, and encouraged everyone that had gathered to come out and vote in the primary that next week. She really was awesome.

And then she was done, it was 7:45 and over, all really quick actually, I was surprised, it was totally not a “rally” I was anticipating…more of just a mingling lol.

I followed her out the door, she took a couple more pictures with people by her car before she got in.

I had one more DVD cover with me and I held it out and said Ms. Bassett, would you mind, I only have one more, and she said of course baby, she signed it, handed it back to me, and I said thank you so much, have a good night, she said you too, be safe.

With that, I walked the long way back to my car, drove my hour and a half back home, and it was one really awesome night in South Carolina 🙂 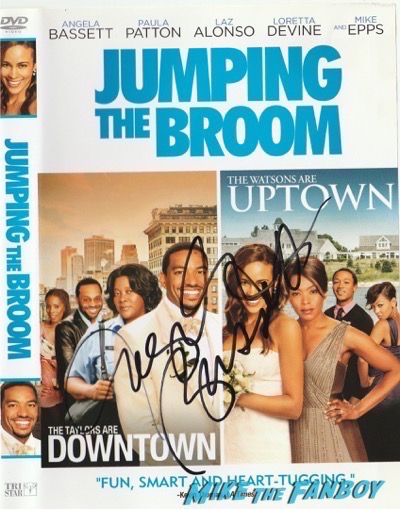