Home / Fanboying! / Angelina Jolie Madness! The Salt Star Greets Fans And Signs Autographs Before A Q and A For First They Killed My Father!

I love me some Angelina Jolie. She’s pretty damn amazing.

A couple weeks ago, Angelina Jolie was out and about at a q and a for her new Netflix film First They Killed My Father.

I didn’t expect much to be honest and I wasn’t even sure if it was a legitimate tip. But it’s Angelina Jolie so I had to try right?

I arrived and there were already like 10 ish people there.

We waited for a bit and saw her car pull in, a bunch of people broke the line and ran to the front, when Angelina Jolie came over, they of course got their stuff signed.

Angelina Jolie was being very nice, but people were not moving after they were done getting a photo and getting something signed so the people in the back were getting screwed. 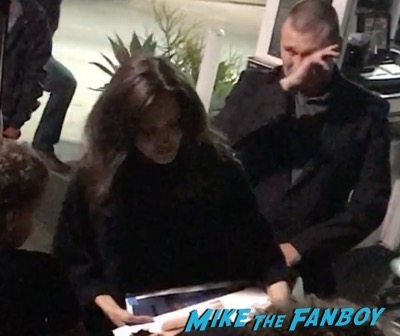 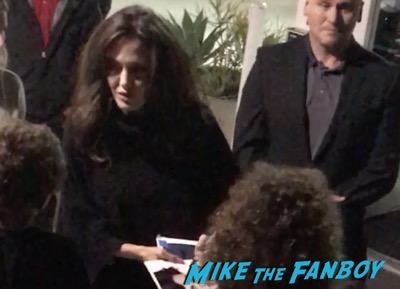 That’s when her handler said, “We only have a minute because we have to get inside.”

Oh… Never say that. People then ran over, I threw my Salt poster in the fray and was happy that I got it signed.

Scotty was able to get a photo but I wasn’t able to. Once Angelina Jolie’s handler said that, it was impossible.

I’m lucky I got the one I did, anytime you can get Angelina Jolie, it’s not a bad day. 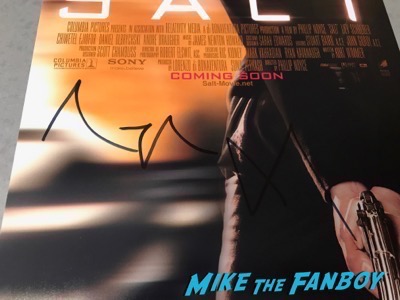 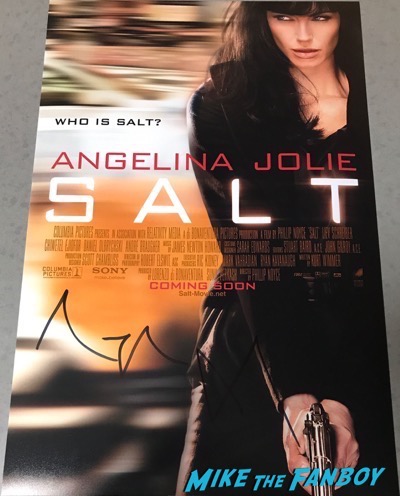