One of the most talented and awesome upcoming actresses I have ever seen… That’s how I would describe Ms. Teresa Decher (The Client List). I’m a huge fan of hers and let me tell you guys there will be a time when I do a post about waiting to meet her at some premiere!

Well, that time may be sooner than even I think.

She along with Ricky Faust and Keye Chen make up the leads in Superseeds.

Set in an urban Los Angeles, SUPERSEEDS follows best friends and roommates Avery and Pete in a race to curtail disaster in their city. The duo–accompanied by their hair brained friend “Mouse”—steal a supply of marijuana, in hopes of clearing their rental debt. In the process, they unknowingly take the fruits of a Mad Scientist’s labor. Now, having sold the discovery-of-the-century, prior to uncovering the truth themselves, they must locate their friends and recover the missing merchandise before its bi-polar creator comes gunning for them–literally.

This will be the first feature for writer/director Kholi Hicks and producer/actress Teresa Decher.

The official poster is below. Check it out and let me know what you guys think! 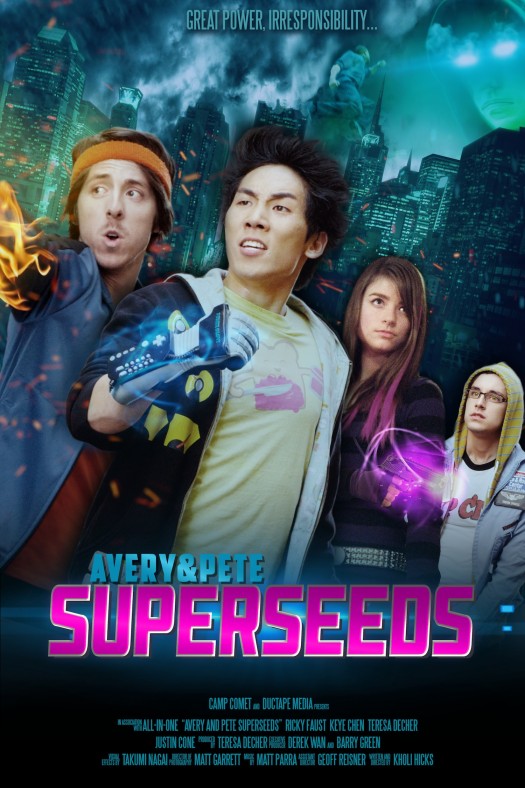