Aquaman is an upcoming American superhero film based on the DC Comics character of the same name. It is intended to be the sixth installment in the Worlds of DC (WODC) shared film universe. It is directed by James Wan, with a screenplay by David Leslie Johnson-McGoldrick and Will Beall, from a story by Wan, Beall, and Geoff Johns. 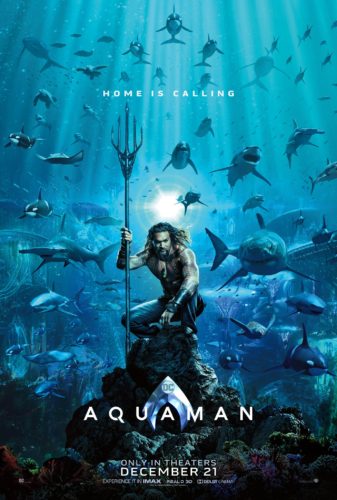 It stars Jason Momoa as the title character, with Amber Heard, Willem Dafoe, Patrick Wilson, Dolph Lundgren, Yahya Abdul-Mateen II, and Nicole Kidman in supporting roles. It is the third live-action theatrical film featuring the title character, following Batman v Superman: Dawn of Justice (2016) and Justice League (2017), and will be the first full-length feature film centered around the character.