Archer is one of the most distinctive and unique animated series to hit the airwaves. Sterling Archer is an international super spy and he, along with his trusty crew are battling intrigue, hitting a few cocktails and generally saving the world while being completely awesome. It doesn’t get much better than that!

Archer: The Complete Season Four has just hit shelves and if you haven’t checked out this series, you really should do yourself a favor and do so. There are many reasons, but the first is ironically the first episode of season four. It features a hilarious mashup with the cast of Bob’s Burgers. Now, a lot of series do this, Cougar Town and Community, NCIS, The Beverly Hillbillies and Green Acres, but this… This is pretty damn unique.

Sterling Archer has a bit of Amnesia and has basically turned into Bob from Bob’s Burgers. It’s a great concept and seeing the cast of Bob’s Burgers drawn in the style of Archer is pretty cool. Once the plot kicks in with the KGB coming for Archer and his genetic memory kicks in and he knows how to take care of the bad guys. The Archer clan is of course reunited and al is right with the world. 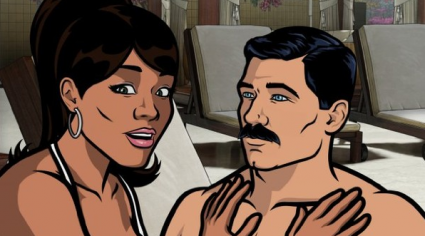 But with just that description you understand how unique and different a series like this is. It’s distinction is unparalleled and I don’t think any series, animated or otherwise could fill the void!

Some other highlights of this season

Midnight Ron – Ron rescues Archer from a drunken night in Canada and his past is revealed. Father and son bonding occur.

Once Bitten – A snake bites Archer in his… Ahem… Taint and he has hallucinations of his past while eventually reveal some true identities. 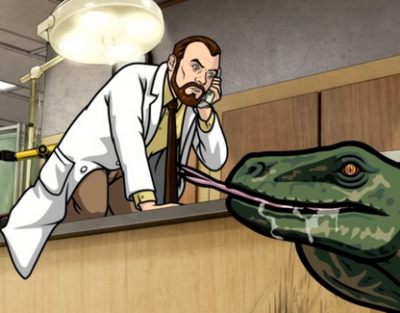 Coyote Lovely – Archer loves his beautiful women and this time his lust… ahem, love is the cause of a border patrol mission gone bad. Mallory Archer leads a witch hunt to try and find the cause.

Un Chien Tangerine – Lana and Archer head to Morocco to help extract an agent to then realize this might not be your average agent at all.

The Papal Chase – Archer heads to the vatican with Lana and Pam to try and stop an assassination attempt on the Pope’s life.

Sean Tunt Parts 1 and 2 – The SSI agents head to the Bermuda triangle with Cheryl’s brother and girlfriend driving them crazy. They discover Murphy is the cause and swim to his underwater lair.

Again, blu-ray is the perfect medium for animated series. They pop off the screen and look amazing. Archer season four is no exception. Even with it’s distinctive animated look, Archer’s colors are distinct, and the more subtle details are even more enhanced. 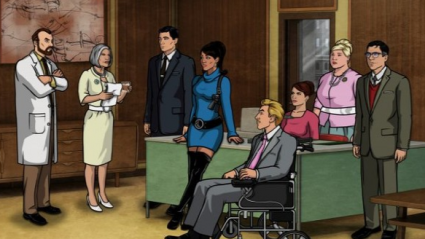 There are a couple cool special features including a truly unique short titled Fisherman’s Daughter that has Krieger taking out a girl all done in a sort of anime style until the final reveal shows what’s happening underneath.

There is also Archer Live! which was taped in 2013 and features the voice cast doing a reading in front of a live audience.

Overall, I love that with animated series the producers and writers are allowed to take so many chances and “let their freak flag fly” sort of speak. Archer is still as fresh and interesting as it was during season 1.

Archer: The Complete Fourth Season is out now on Blu-ray! 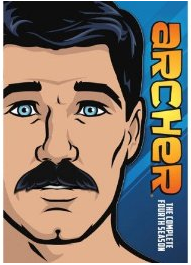