Home / NEWS / Are Melissa McCarthy And Emma Stone Suiting Up For Ghostbusters 3?

An all female Ghostbusters? Say wha?

I know… According to The Wrap, that’s what’s happening with the project formerly known as Ghostbusters 3! 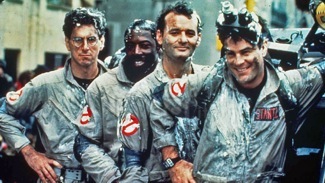 The idea apparently is to reboot the series so that the new “Ghostbusters” are all women fighting the supernatural baddies. Is it only inevitable that Rebel Wilson be mentioned in the weeks to come for this?

It’s unclear whether any of the the original Ghostbusters will be back, but I’m sure Dan Aykroyd will still stay on as a producer at least.

The Wrap mentioned that is McCarthy does come onboard they might urge her to help reel in Bill Murray who was worked with the Tammy star on two upcoming films.

Sigh, at this point wouldn’t it be best to just let it go?