Was I going to leave the house today? No….

Did I leave the house today? Yes…

Why? Because Scotty said, “You should come and get Armie Hammer to finish your Call Me By Your Name posters.”

So, out I went because apparently I’m either a glutton or a glutton for punishment.

Also out at the same event was Felicity Jones.

I got there in record time and there were only a few people.

After about 15 minutes Felicity Jones arrived. She did a half wave and ran inside. Doh.

Dang… There were only like five of us. Yesh.

Then a few minutes later Armie Hammer arrived and he said he would sign after.

Honestly, it wasn’t long and when he left, Armie ran right over and signed a couple each.

I got both of my Call Me By Your Name posters done which was cool.

Such a nice guy.

Felicity Jones left and ignored us all on the way out.

Still it was nice to get Armie Hammer to finish my two pieces. 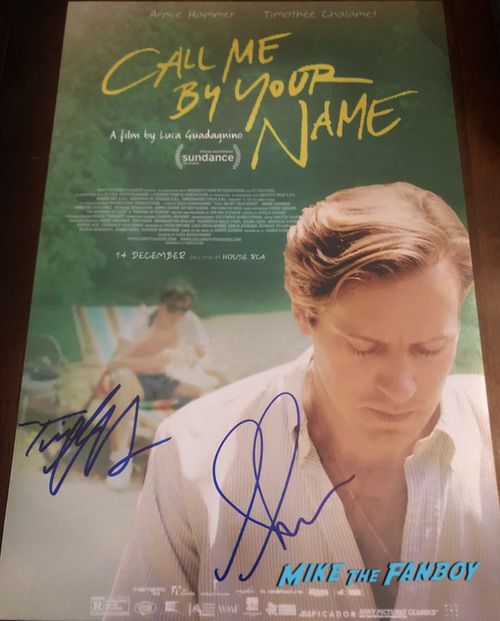 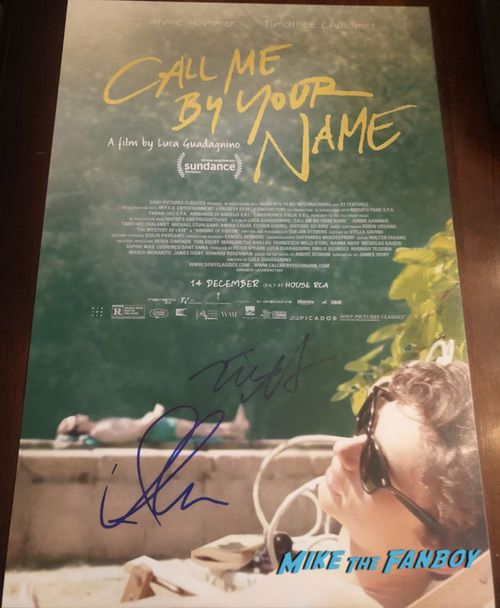