I’m a sucker for a good marketing hook, and the people at Netflix are doing a bang up job with Arrested Development!

To get the word out about the series premiere on Netflix they have a touring Banana Stand… Well… The Bluth’s Original Frozen Banana Stand. Get it right Fanboy!

Karalee headed down to check it out!

Take a look at her quick recap after the jump!

Fans of “Arrested Development” know this to be true and, given that I’m a big fan of the show, I decided to find out for myself. As anticipation builds for Sunday’s Season 4 premiere, the marketing minds at Netflix have been causing quite the buzz with its touring Bluth’s Original Frozen Banana Stand. The famous banana stand first popped up two weeks ago in London, delighting fans across the pond. It then spent some time in New York City, where stars Jason Bateman and Will Arnett also stopped by.

This past week, the banana stand made its way to L.A., with a handful of stops, including Culver City and Beverly Hills. When it set up shop for a day at The Grove, I decided to head over and check it out (hey, there are worse ways to spend a lunch break, right?).

11:55 a.m.: I arrive and there is a pretty decent line of fans already assembled; about 50 people deep. I hop in line and am happy to see that the line is quickly moving along. 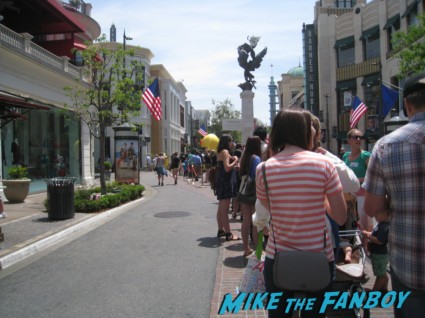 The basic premise: There’s a guy in a banana suit whose sole task for the day is to take your picture in front of the stand. Key words being “in front of.” I was a tad bummed I couldn’t actually step inside the stand. I know, first-world problems. There’s actually a guy and girl who pose with you from inside the banana. (Is that as weird a sentence as I think it is?) 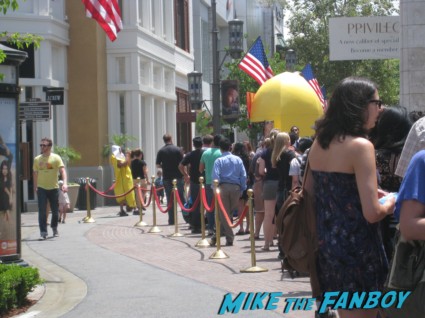 12 p.m.: While waiting in line, a staffer comes by and hands out “Mr. Manager” name tags — a fun little gimmick, ala George Michael Bluth, that really excites some of the people in front of me. I overhear some fans wishing and hoping a series star or two will drop by (Judy Greer and Mae Whitman showed up in Culver City earlier in the week). But at this time, on this day, we don’t see anyone. 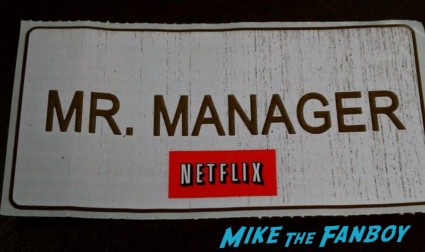 12:05 p.m.: After a 10-minute wait in line (it really did move quickly), it’s now my turn to pose with the peel. I notice, though, that there’s quite a bit of hullabaloo going on — extra staffers showing up, long extension cords being bandied about, people scurrying in and out of the banana. 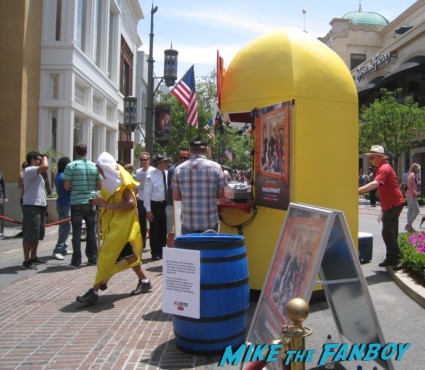 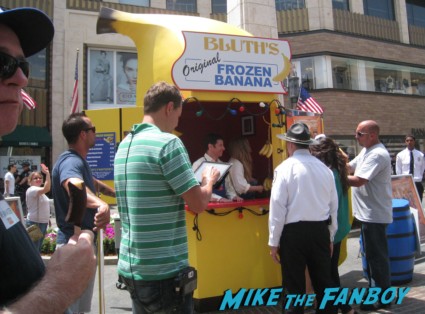 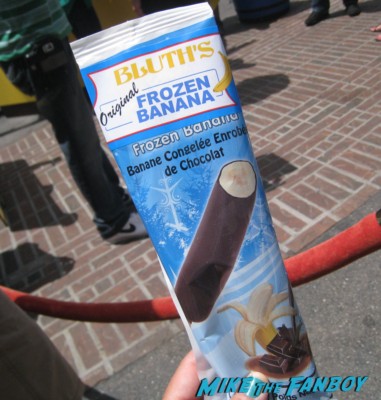 smile for the banana-clad photographer, pose with the cheeky girl who I guess is supposed to look like a Bluth employee, and I’m on my merry way. 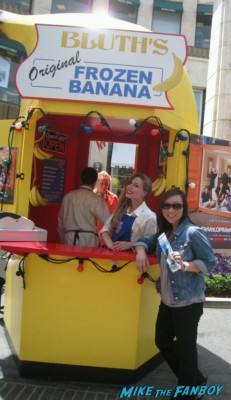 Once I step aside and then turn around to take a few more shots of the banana stand myself, I quickly realize what the earlier hullabaloo is about: It’s Maria Menounos from “Extra” (which films daily at The Grove) and she’s about to film a teaser spot for her show. I’ve seen her a few times, and every time, she’s very sweet, personable and funny. 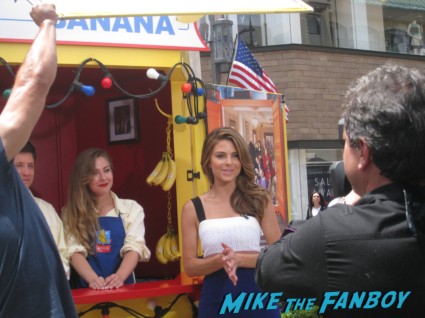 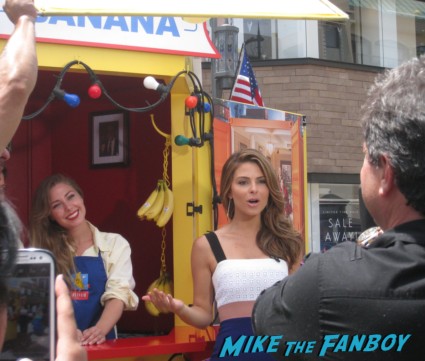 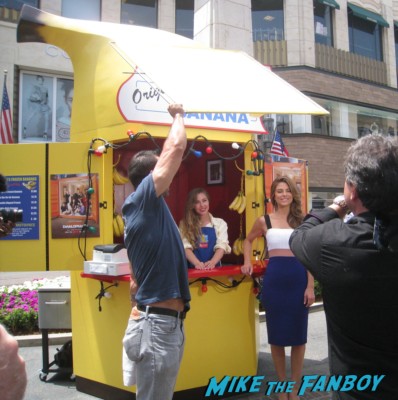 So, there’s that. No Portia de Rossi or Michael Cera. No Never Nudes or Blue Man Group. And I didn’t get a chance to see if the banana-stand walls were lined with $250,000. But still it was a nice little mid-week treat to get up close to a fun prop from one of my favorite shows. 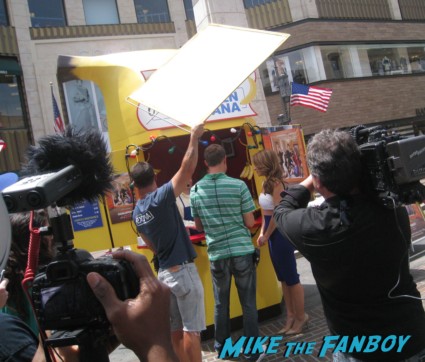 Thanks for letting me share…catch ya on the flip side.