One of my favorite shows on television right now is Ash Vs Evil Dead. The show is a perfect television adaptation of the films and if you haven’t seen it yet, you are missing out!

Recently the cast had a panel at the Paley Center that included Bruce Campbell, Ray Santiago, Dana DeLorenzo, Ted Raimi, and Lee Majors.

The panel was a lot of fun and the cast clearly loves hanging out with each other! 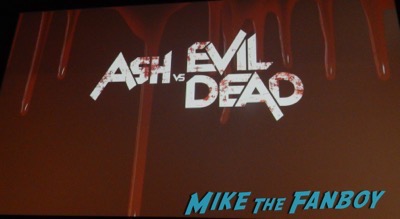 “For the first season it was like, ‘should we watch this dumb show?’ and now for the second season its like, ‘do they come back and watch the dumb show again?’ so far so good!” said Bruce Campbell. 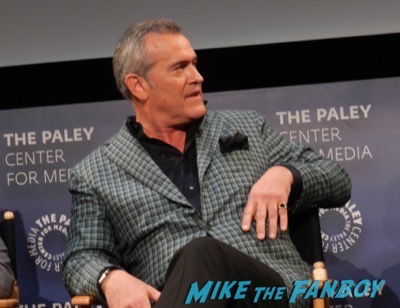 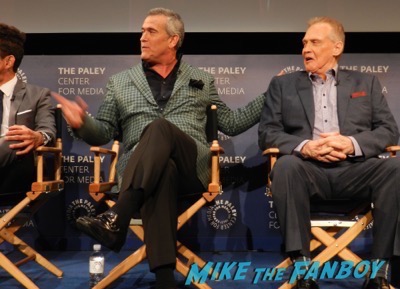 “I think it goes without saying, we appreciate the relentless nature of the fans.” Bruce Campbell went on to say, “If you want material, hours… Television is it. If we made a film it would die on the slab and now you can get it for five years or so.” 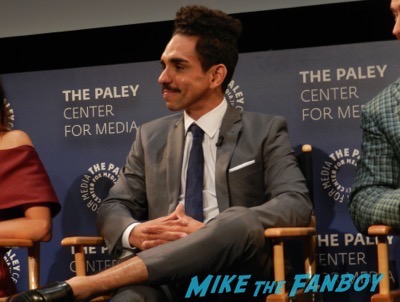 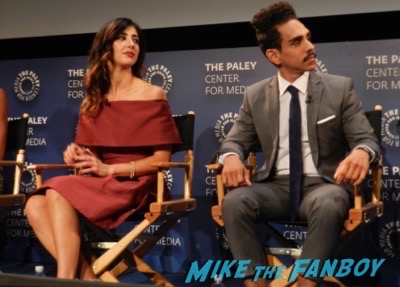 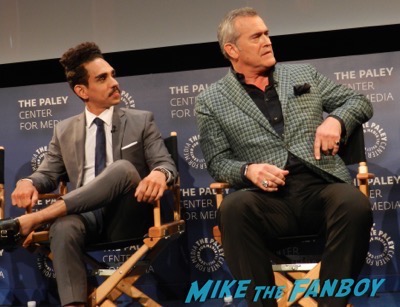 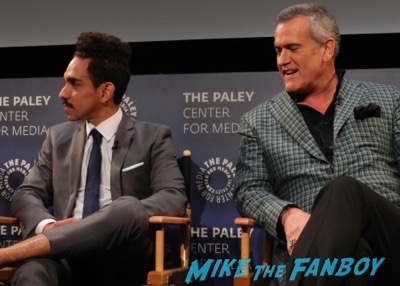 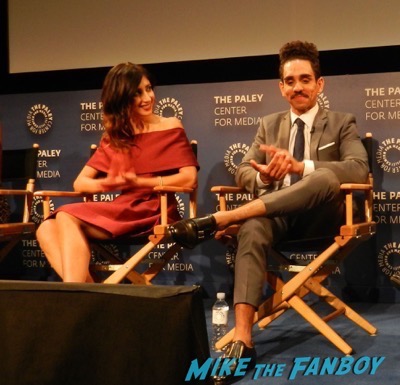 “I never thought I would do a ‘horror thing’ but I watched the first episode and then the next. It just hooked me.” Mentioned Lee Majors.

“Ruby and Kelly get to spend some time together this season.” Dana DeLorenzo said with a giggle, “You know after season one, Kelly got thrown into this and then next thing you know her mother is putting a fork through her father’s eye, it’s a lot to process. She’s very angry and is out for revenge against The Evil Dead. Kelly wants to get back into this and get into the action.” 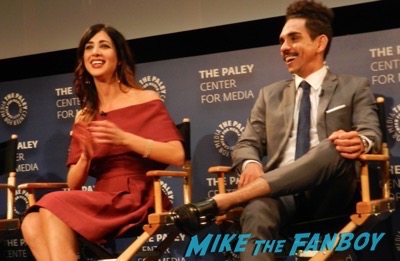 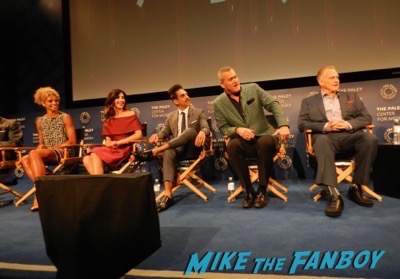 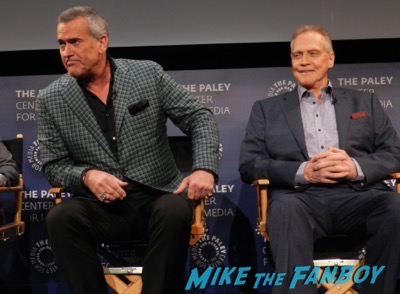 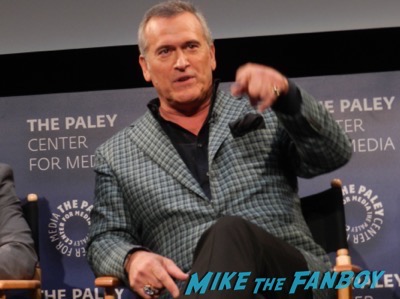 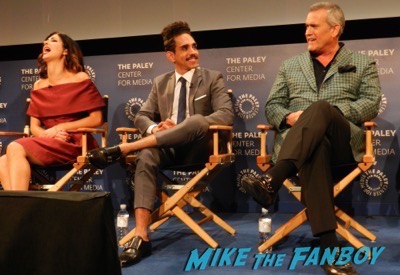 “It’s interesting to see if Kelly lets the rage get the best of her.” Dana DeLorenzo added. “Ash is like the father Kelly didn’t have. Kelly is like the daughter Ash never had. When they butt heads they go to town.” 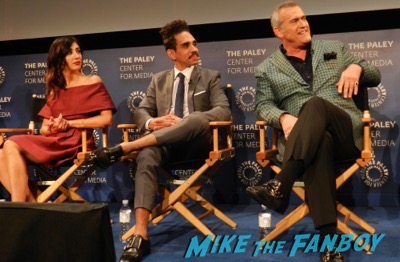 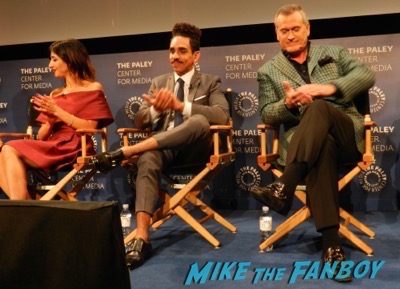 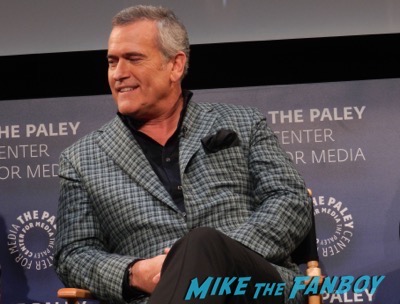 “I’ve never met an uncoordinated badass like Dana DeLorenzo.” said Ray, “She fell down a flight of steps and we didn’t even stop.” 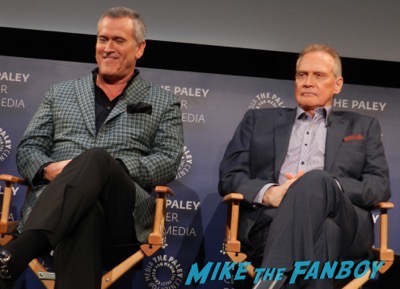 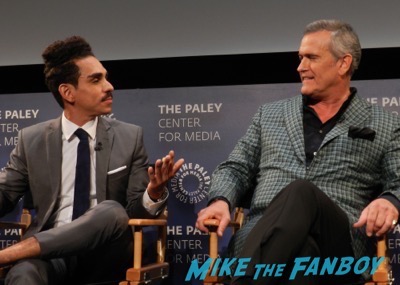 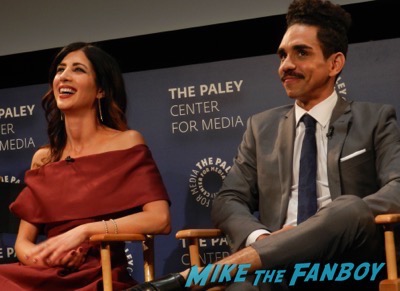 I had Bruce sign my promo Ash Vs Evil Dead candle, which I love.

Then I tried to get Ray Santiago but he was pushed out so fast I couldn’t get over to him. Grrrrrr…

He came back but the security was so aggressive it wasn’t going to happen.

Dana DeLorenzo however, was hyper nice and trying to sign and greet everyone as much as possible. She flipped over the candle I had and never saw it. She also signed my mini poster that Scotty was nice enough to get Bruce to sign for me earlier this year.

It would have been hyper easy but the security made it really terrible. Especially for a “fan friendly” event it sucks that they went that far.

Still, I was one of the lucky ones! 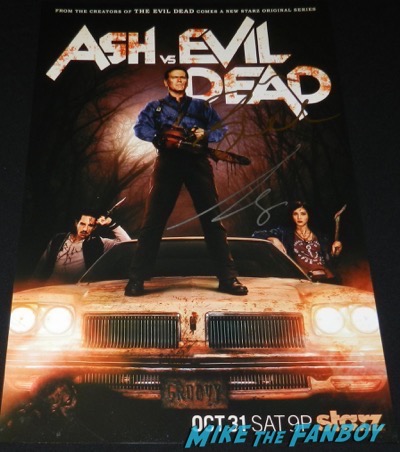