Jim was out in Los Angeles the other week to get married! Congrats brother! But while he was here, he took some time and did a little fanboying! I know, who can resist the alure of going out while you’re in La La Land?

Jim headed to the Jobs premiere, got dissed by Liam Hemsworth, met Olivia Wilde, and headed to Sports Nation!

Check out his full recap after the jump and congrats again!!!!

Last week I was in LA to get married and while my future wife was hanging out at the beach with our family I was out doing some fun fanboying around LA. I was able to negotiate for Monday night and all day Tuesday so I had to make the most of it. Mike was a huge help with places and times, it was much appreciated.

So Monday night Adam, best man, and I went in to try and get Chloe Grace Moretz and Liam Hemsworth. Mike had a review of this evening up last week and I was able to get a picture of Chloe right when she got to the fence and decided to quit signing. 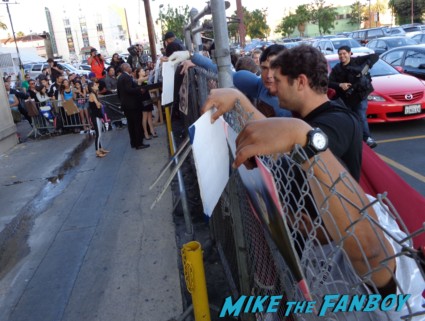 Liam didn’t sign at all and could have been a little nicer to his many fans waiting. Since I don’t get the opportunity to do this often I have a hard time understanding some of these folks, especially when they’re out to promote a movie. Back in March I was able to get the cast of Mortal Instruments at Wondercon and guess what i did last night? I went to see the movie. That’s what you do when you have a good experience. Anyway Monday was a wash and my fear now was that Tuesday was going to be the same.

Tuesday morning Adam picked me up at 8:30 and we went up to LA Live to attend the Sports Nation show. I’m a big sports fan and love the show so it was a pretty cool experience. Rob Dyrdek was the guest and was super friendly with the crowd. 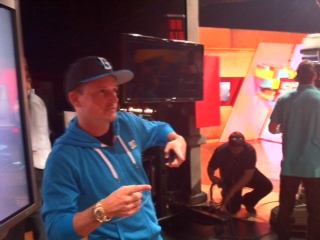 Adam got some stuff signed for his kid. I just know him as the fake Tosh so I didn’t get anything signed. After the show we were able to get our picture on the set with the hosts. 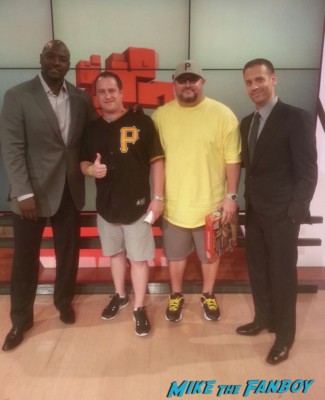 These guys were extremely gracious and I also got a copy of the shows logo signed by the guys. 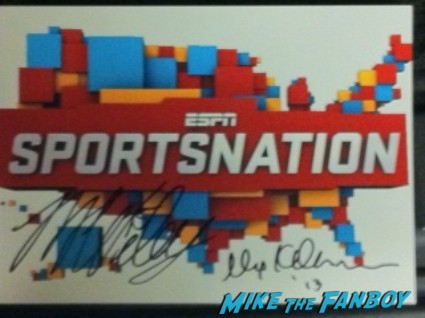 Oh and when I got home I watched the show and there I was, right out front. I paused it and took a picture. I love it! 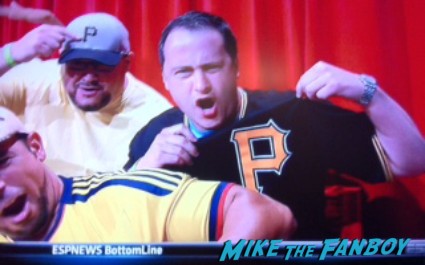 After the show we got some lunch and went to see Fruitvale Station, What a great movie and I would highly recommend it to anyone that is looking for a very evenly told heartfelt story. I’m wondering if this’ll get any notice when it comes time for awards?

Once the movie was over we noticed people gathering for the “Jobs” movie premiere at LA Live. It was getting close to 5pm so we found a spot along the curb and waited for the railings to be put up. 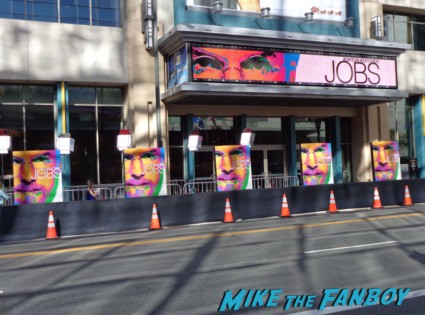 At about 6:30 folks started to show up and the first to come over and sign was Mathew Modine. He was moving in the wrong direction and I was afraid he’d skip us entirely so I yell out “What can i get for $10?” He laughed and came over and signed my Full Metal Jacket mini-poster.

For those that don’t remember that was a line from the movie when he was negotiating with a hooker. It was also used in a 2 Live Crew song form the late ’80’s.

Anyway after he signed a few more he took off and went back to the press. Next up was Dermot Mulroney. As he was walking over a girl next to us called out and I think he saw my Young Guns poster cause he came right over to me. 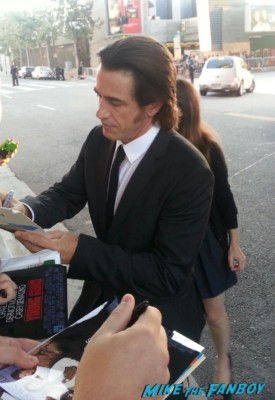 He signed my poster and we talked about how awesome the movie was. He says out of all the Young Guns posters he’s signed over the years he’s only ever seen one that had 4 other signatures on it. He was a really nice guy and extremely nice to his fans. 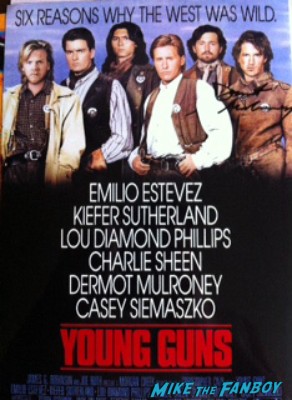 Last up was Ashton. He started at one end and came right down the line either signing a picture or taking a picture with those in the front row, he also thanked folks for coming out. 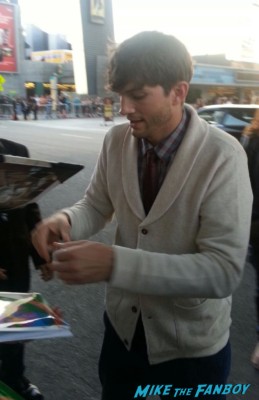 It probably only took 5 minutes but it was pretty cool cause I got a good picture of him and he signed my “Jobs” 8×12 poster (That 8×12 reference is for Ace). After that everyone started to disperse. 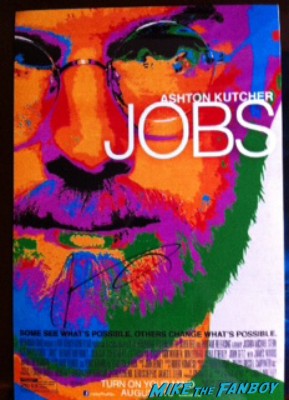 Next up we had tickets to the screening of “Drinking Buddies” that included a Q&A with Olivia Wilde after. It was to bad that we weren’t going to make it but since we were having so much fun we headed up and tried to get her to sign our pictures on her way in. By the time we got the car and drove up the movie was about over and we only waited for about 10 minutes before she showed up. Once she jumped out of the car she signed or took a picture for each of the 5 or so fans waiting. I got her to sign a Tron picture. 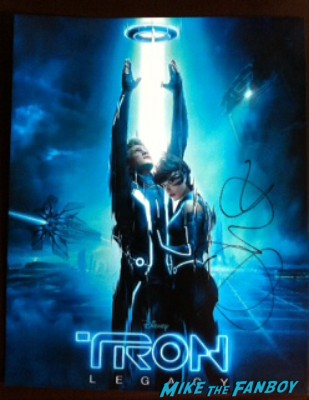 At this point we called it a day.

As for the wedding, it was a blast and it couldn’t have gone any more perfect. I’ve attached a funny picture we took. We’re both huge Arrested Development fans so we tried to recreate the GOB wedding picture. 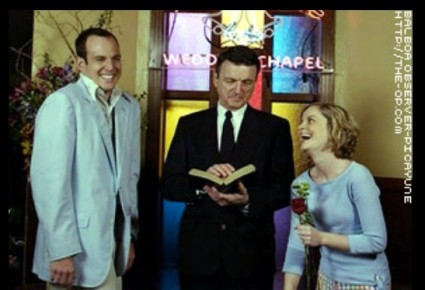 My sister snapped this one, I’m waiting for the picture taken by the professional photographer.  Now it’s back to the real world. 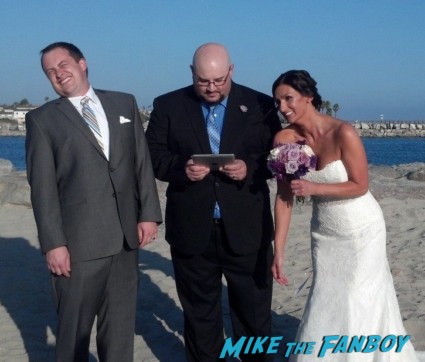