A small stature shouldn’t define your life’s limitations and Dr. Ruth’s remarkable repertoire does that. Over the past four decades, the woman once dubbed the “Happy Munchkin of Sex” and “Grandma Freud,” Dr. Ruth continues captivating audiences all around the globe with Hulu’s documentary “Ask Dr. Ruth.”

There has always been an intense interest in sex, but “sexually speaking” was completely irregular until a 4-foot-7-inch dynamic doctor named Ruth Westheimer wowed audiences beginning with her radio show in the early 1980s. Much like her signature honest and humor, “Ask Dr. Ruth” resonates with what shaped the influential icon and the impact she’s made.

“Ask Dr. Ruth” kickstarts with Dr. Ruth sitting down in her New York apartment and she charmingly asks an Amazon Alexa who is Dr Ruth. The awkward exchange simply sets the tone demonstrating the personal, profound and professional attitude, which has made Dr. Ruth so charismatic and charming since entering public life.

Dr. Ruth’s larger than life began as Karola Ruth Siegel in Wiesenfeld, Germany prior to the Nazi’s taking power. Thanks to her family’s inguenity, she was able to escape Nazi Germany during The Kindertransport (German for “children’s transport”), an organized rescue effort prior to World War II, to Switzerland and was raised in an orphanage after her father was arrested by the Nazis in 1939. Dr. Ruth would later refer to their sacrifice as “giving her life twice” and something she never forgot. 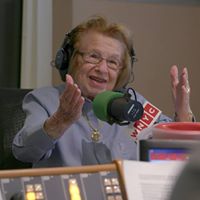 “Ask Dr. Ruth” details a remarkable reintroduction and reunion to a lovable public persona we’ve sadly forgotten. For today’s generation saturated in sexuality and frankness, the revelation and remarkable work of Dr. Ruth will seem silly and tame by today’s standards. However, there was a time when even discussing sex simply couldn’t even be fathomed and the film fantastically brings back the momentum of her dynamic dynasty.

Certain characters and public personas automatically come into your conscientiousness immediately when mentioned by name such as Mr. Rogers, Mr. T. Oprah, and Dr. Ruth. Now I was very young when Dr. Ruth came into public prominence, but her sweet, sincere demeanor was well regarded and revered whenever referenced. That type of reverence and relevance still persists today as Dr. Ruth regularly teaches throughout the United States and still gets stopped on the street for her opinion. The remarkable relevant Dr. Ruth continues caring for people and despite being 90-year-old has no plans to retire. 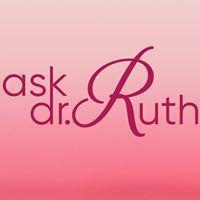 Despite her public persona, Dr. Ruth is a very private person. However, “Ask Dr. Ruth” revisits her Holocaust past and allows audiences to see how tragedy propelled her career. Dr. Ruth is an intellectually, inspirational wonder woman who dictated her terms and spoke from the heart. Throughout the documentary Dr. Ruth has no qualms telling the camera, “This” or “That is a stupid question,” which you can’t help but laugh along with her.

“Ask Dr. Ruth” is a poignant portrait about America’s most famous first TV doctor and sex therapist. This fun-filled narrative shifts seamlessly with animated sequences, vintage clips and current interviews to create an exciting, entertaining documentary. Emmy nominated filmmaker Ryan White (“The Keepers” and “The Case Against 8”) wows and astonishes with this wonderful movie. Brilliantly crafted, this film features tons of tender moments and a plethora of quotable quotes, which will leave you laughing. 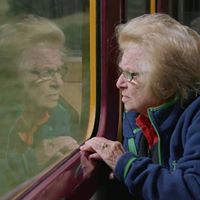 “Sexually speaking,” she still remains relevant today despite being a nonagenarian and there is no stopping Dr. Ruth’s retirement. Although some might be uncomfortable with her subject matter, Dr. Ruth made it possible and practical to discuss difficult things without worrying about judgment. Like her parents did many years ago, she gave life to millions of people and allowed people to address their inadequacies in a sincere, supportive way. “Ask Dr. Ruth” is the delight documentary you need to see that will leave you satisfied!

Hulu has created another awesome and amazing documentary for their catalog. Quickly they’ve already amassed an array of interesting films including, “Batman & Bill,” “Too Funny To Fail” and “Frye Fraud” to name a few. Whether you know anything about Dr. Ruth or not, “Ask Dr. Ruth” will leave you laughing and wanting more!