You may have heard, but 4DX is here and it’s taking over movie going experiences. I have to tell you, this is my second time testing the 4DX experience and if this is any indication it only gets better the more you go.

The first time I headed off to try the 4DX in Downton Los Angeles was for a screening of Wonder Woman, which you can check out here. This time, I was treated to Atomic Blonde. At first, I was slightly disappointed because Atomic Blonde wasn’t in 3D like Wonder Woman was. In fact, someone in the theater even stopped me and asked, “Isn’t 4DX supposed to be in 3D?” So, I went and asked the usher and he said that he’s been getting this question all day, but no Atomic Blonde wasn’t in 3D. 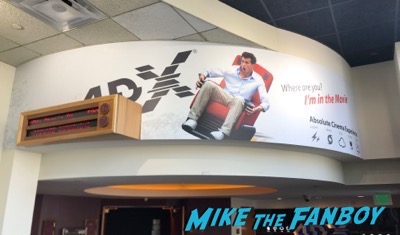 The thing is, because 4DX is so immersive not only didn’t I mind that Atomic Blonde wasn’t in 3D, I enjoyed it more. Atomic Blonde, in and of itself was a taunt, gritty thriller. The action sequences were so intense, if it was in 3D, I think it would have taken me out of the experience and made it too slick. As it was, thanks to the 4DX, I felt like I was there for every punch, every kick, every fall. It truly was something to be experienced. 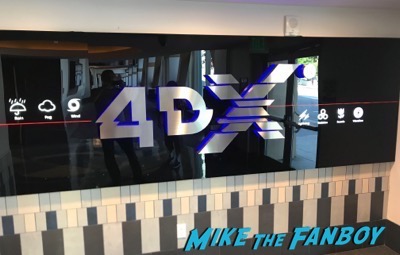 The other cool thing was thanks to the noir aspect of the film, it actually rained inside the theater. Even though there were three instances of rain in the film, two times it actually rained from the ceiling. At first I jumped but then once again because it clearly didn’t soak the audience like we were riding Splash Mountain, the after math of being just slightly damp, really sucked me into what I was watching on the screen. It was almost like I was going through what the main protagonist was and it did what the 4DX was meant to do and that’s bring the movie alive. 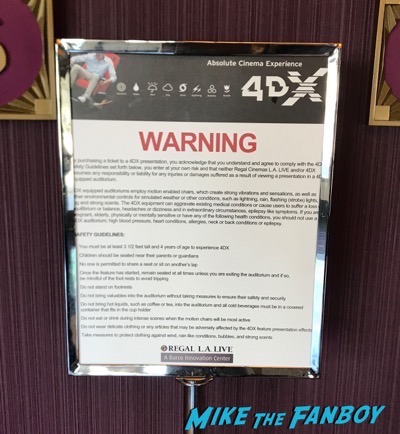 I would be remiss if I didn’t talk about the heavy action in Atomic Blonde, there were more than it’s fair share of gun fights. In 4DX during the gun fights small tufts of air whizz past you, or it feels like they whizz past you. Each shot feels like it is happening right next to your head. If that doesn’t make what you’re watching onscreen all the more real I don’t know what is.

Going to a 4DX theater might seem like something of an extravagance but there’s such a difference seeing something in a regular theater and seeing something in 4DX. As I was telling my friend, it’s like watching Jaws, while floating in the ocean. So, unless you have a small boat or an inner tube that can take you to the middle of the Atlantic, 4DX is the next best thing! 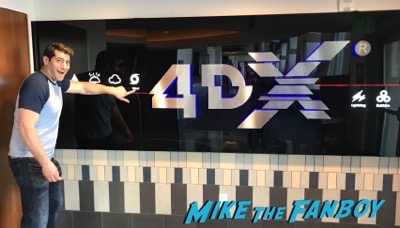