Can I tell you how jealous I am of James right now? Seriously? He was able to meet Amelie star Audrey Tautou! Sadly, Audrey Tautou doesn’t make it over the pond very often, in fact I don’t think she’s ever been here that I know of.

James had some great success and got an amazing photo with Audrey Tautou as well as some other stars including Eternal Sunshine director Michel Gondry!

On Monday, I watched Amelie, one of my all time favourite films, for the first time in a while. It left me wondering what Audrey Tautou was up to these days. In what is a case of some sort of autograph voodoo, I got a message about 9pm on Thursday evening saying that Audrey would be at a screening and Q&A at the BFI for her latest film, Mood Indigo, with director Michel Gondry on Friday (yesterday).

So, after work I raced over to the BFI to find there was only about five other people waiting; I was rather surprised there were so few people there. I’d never been to the BFI before, so wasn’t sure what to expect, but it soon became apparent that we were allowed to wait inside rather than outside in the cold, which was nice! We weren’t sure whether Audrey and Michel would be introducing the film, or just attending the Q&A afterwards – it soon became apparent that they were just going to be at the Q&A, which meant a bit of a longer wait. But the time went rather quickly since we were warm inside!

About ten minutes before the Q&A was about to start, a BFI PA let us know that they’d just arrived, and sure enough, there they were, along with the film’s other star, Romain Duris, which was a nice surprise. I got an index card signed by Romain first, and he also posed for a photo with me. 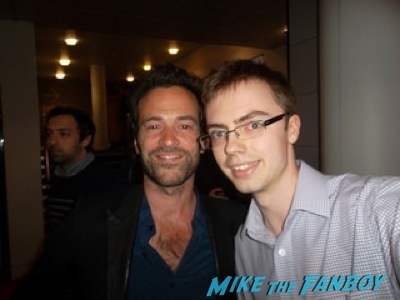 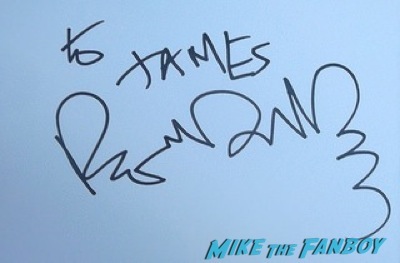 I got Audrey next, she was lovely and happily signed my Amelie DVD sleeve (I love her autograph!). Genuinely never thought I’d get it signed, Audrey’s very rarely in London, I think the last time was for the 2010 BAFTAs, but she didn’t sign many on the red carpet that day! Very happy now!! 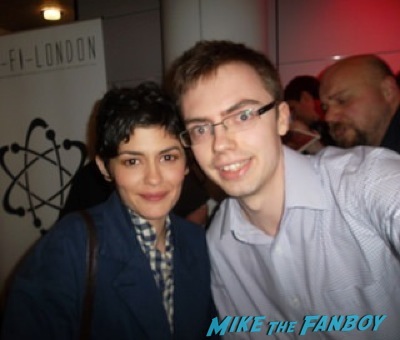 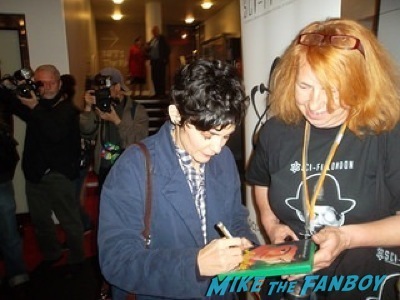 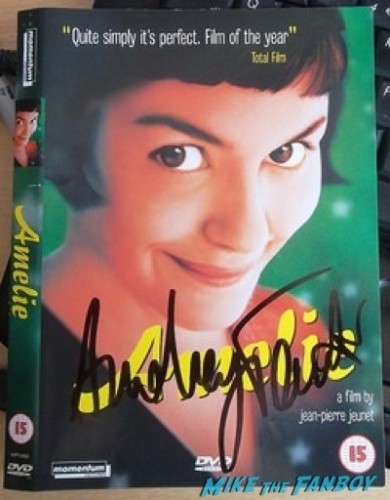 Last time I went to Paris in 2011, the highlight of my trip was going to the Cafe des 2 Moulins, one of the primary filming locations for Amelie, never thought then I’d actually meet the film’s main star! 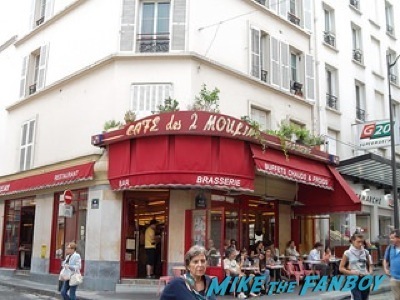 Finally, I met Michel Gondry, who signed an index card and posed for a photo with me. Somewhere I have Eternal Sunshine of the Spotless Mind on DVD, but in the couple of hours I had to look, I just couldn’t find it. Ah well! 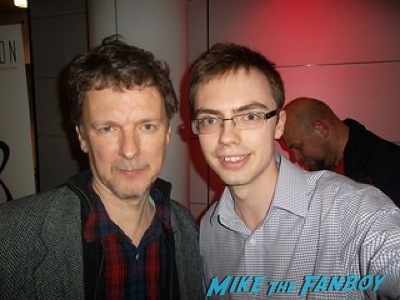 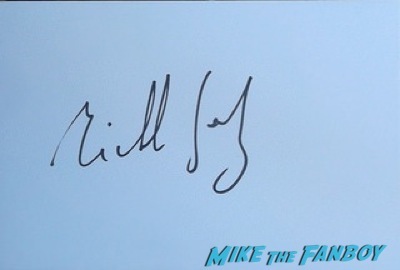 An awesome evening, rather happy I got to meet another one of my most wanteds finally!

Check out James site for more adventures across the pond!