It’s not a secret to anyone who knows me that I am a Jane Austen fan.  Ok, ok, ok, fan may be a little tame but despite having the books, and a board game and an action figure and cross stitch of Mr. Darcy and attending a local Jane Austen Ball every year and probably owning several versions of the books in movie/tv format and…anyway, I maybe quite a fan of Jane Austen but I wouldn’t consider myself a fanatic.   Especially after seeing this movie. 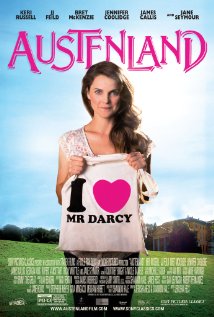 Austenland is about a fanatic and my new hero.  Based on the book by Shannon Hale, the movie is about Jane Hayes, a thirty-something woman who eats, lives and breathes Austen. When she decides that her love life (and life in general) is in a major rut she does the only sensible thing a girl of her inclinations would…use all her savings to spend time at an estate set up to immerse you in the Regency era of Jane Austen.  Yes, most sensible.  Of course nothing goes the way Jane quite envisioned and along the way you meet some really whacky characters.  Hilarity ensues and in the end we get our romantic hero sweeping Jane off her feet. *sigh*  Sort of.

I will say I laughed hysterically through the film, mostly thanks to Jennifer Coolidge who is the real gem.  My biggest problem was the “happy ending”.  I’m just as sappy as the next girl, and I love my ‘happily-ever-after’ endings but this felt a little too sappy in my honest opinion.  I’d have preferred for Jane to realize this was all a fantasyland and that while being a fan is all right, having your life revolve around the fairy tale of Jane Austen’s world is not healthy.  I wanted her to have her epiphany, be sad for a moment, and then feel empowered and become a better woman.  Instead I get her epiphany and then she’s rewarded by the hero showing up, being even more fabulous than imagined, and proclaiming his love.  For some reason, while it works in Jane Austen, it seems silly in “real life”.

Aside from Coolidge there is a whole host of other whacky Austen archetypes that make the movie a lot of fun, especially if you are a big Janeite or know a Janeite.

After the screening there was a Q&A with some of the actors (L-R): 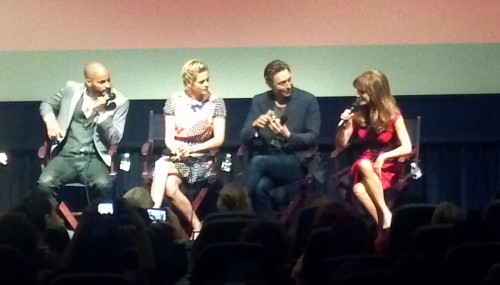 Ricky Whittle plays an actor portraying a swarthy sea captain for the lovelorn ladies who come to Austenland, Georgia King is another woman staying at the estate and pretending she’s an Austen heroine, JJ Fields as the “Darcy” like hero and Jane Seymour who plays the proprietress of Austenland.

Let me just say that Jane Seymour is still amazing looking, seems to have a pretty wicked sense of humor, and is still one of my faves (I mean she was Dr. Quinn Medicine Woman!!!).

There were a lot of stories about how whacky and fun filming was – sounds like Jennifer Coolidge is just as crazy in real life but in a good way – and they all seemed to genuinely love the source material while enjoying the heck out of lampooning it.  I mean JJ Fields played an Austen leading man in “Northanger Abbey” so I’m sure he’s met these crazy Janeites in person on plenty of occasions.  The other thing I love is that author Stephanie Meyer was a producer.  Yes, of “Twilight” fame.  Awesome.

All in all I found it very enjoyable and a pleasant surprise.  I’m definitely going to add it to my collection once it’s out on video.  In the end I think my friend summed it up best.  She turned to me halfway through the movie and said jokingly:

If she only knew how true that really was. 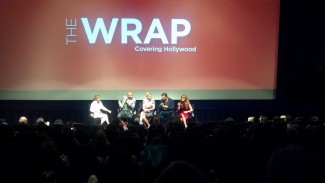 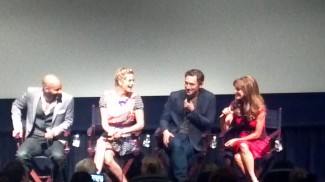 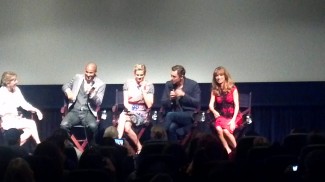 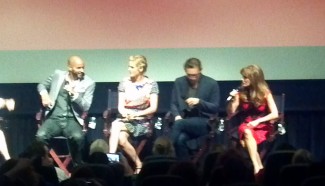 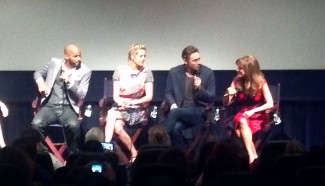 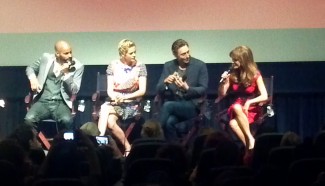 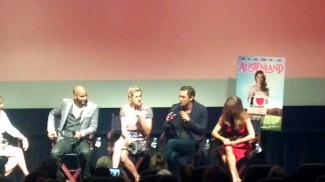 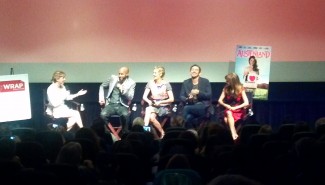