We have a couple cool deals for you including horror author Anne Rice as well as rocker Rick Astley! 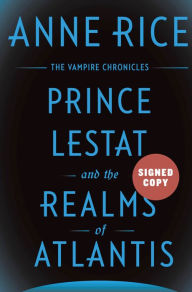 From Anne Rice, conjurer of the beloved best sellers Interview with the Vampire and Prince Lestat, an ambitious and exhilarating new novel of utopian vision and power

“In my dreams, I saw a city fall into the sea. I heard the cries of thousands. I saw flames that outshone the lamps of heaven. And all the world was shaken . . .” –Anne Rice, Prince Lestat and the Realms of Atlantis

At the novel’s center: the vampire Lestat de Lioncourt, hero, leader, inspirer, irresistible force, irrepressible spirit, battling (and ultimately reconciling with) a strange otherworldly form that has somehow taken possession of Lestat’s undead body and soul. This ancient and mysterious power and unearthly spirit of vampire lore has all the force, history, and insidious reach of the unknowable Universe.

It is through this spirit, previously considered benign for thousands of vampire years and throughout the Vampire Chronicles, that we come to be told the hypnotic tale of a great sea power of ancient times; a mysterious heaven on earth situated on a boundless continent–and of how and why, and in what manner and with what far-reaching purpose, this force came to build and rule the great legendary empire of centuries ago that thrived in the Atlantic Ocean.

And as we learn of the mighty, far-reaching powers and perfections of this lost kingdom of Atalantaya, the lost realms of Atlantis, we come to understand its secrets, and how and why the vampire Lestat, indeed all the vampires, must reckon so many millennia later with the terrifying force of this ageless, all-powerful Atalantaya spirit.

Then we have 1980’s pop star Rick Astley! He has a new album coming out! 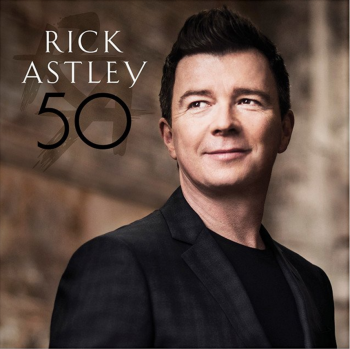 Brit Award-winner and Grammy-nominated singer, songwriter, and producer; music legend Rick Astley has left an indelible mark on pop-culture since his emergence into the limelight nearly thirty years ago. He has sold over 40 million records; had the UK’s biggest selling single of 1987; is the first male solo artist to see his first eight singles reach the UK Top Ten; and in 2002, saw his “Greatest Hits” compilation album go gold.

On his 7th album – and first studio record released in over a decade – 50, Astley returns to his musical roots with mighty force. He plays every instrument on the album and penned each track. His key influences and complex understanding of different musical genres are evident in his songwriting, which draws from his life and inspirations. At times it’s reflective and vulnerable, at others it’s uplifting and progressive, but his distinctive, soulful voice remains familiar, enriched by the last decade of increasing time spent touring.