Hey guys, I know I’ve gotten a bunch of emails about the Bryan Cranston signed books from a lot of people who missed out on the last deal of the week.

This hardcover, first edition of A Life in Parts is autographed by Bryan Cranston. 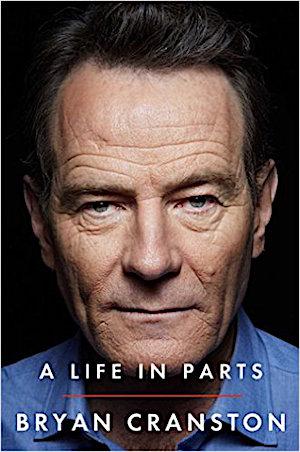 A poignant, intimate, funny, inspiring memoir—both a coming-of-age story and a meditation on creativity, devotion, and craft—from Bryan Cranston, beloved and acclaimed star of one of history’s most successful TV shows, Breaking Bad.

Bryan Cranston landed his first role at seven, when his father, a struggling actor and director, cast him in a United Way commercial. Soon, Bryan was haunting the local movie theater, memorizing and reenacting favorite scenes with his older brother. Acting was clearly the boy’s destiny—until one day his father disappeared. Suddenly, destiny took a back seat to survival.

Seeking something more stable, perhaps subconsciously trying to distance himself from his absent father, Cranston decided on a career in law enforcement. But then, a young man on a classic cross-country motorcycle trip, Cranston one day found himself stranded at a rest area in the Blue Ridge Mountains. To pass the time he read a tattered copy of Hedda Gabler, and in a flash he found himself face-to-face once again with his original calling. Suddenly he thought: This was what he wanted to do, what he would do, with the rest of his life. Act.