It’s the Autograph Deal of the Week!
First up, we have legendary rockers The Deftones!

Purchase the new DEFTONES CD “GORE” from Looney Tunes and you will receive a FREE CD BOOKLET AUTOGRAPHED BY THE BAND!!! The new CD comes out on Friday April 8th. The band is autographing the CD Booklets for us now. WE WILL SHIP THESE ORDERS ON MONDAY APRIL 18th! This promotion is for USA residents only. The maximum amount of CDs you can order is 3 per person. If you order 2 cds you will get 2 autographs etc. Any order of more then 3 cds will get cancelled automatically. Thank you! ORDER NOW BEFORE IT SELLS OUT!!!!

Check out the deal here!
We also have signed books from Electro artist Moby!

From one of the most interesting and iconic musicians of our time, a piercingly tender, funny, and harrowing account of the path from suburban poverty and alienation to a life of beauty, squalor and unlikely success out of the NYC club scene of the late ’80s and ’90s. 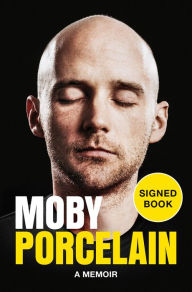 There were many reasons Moby was never going to make it as a DJ and musician in the New York club scene. This was the New York of Palladium; of Mars, Limelight, and Twilo; of unchecked, drug-fueled hedonism in pumping clubs where dance music was still largely underground, popular chiefly among working-class African Americans and Latinos. And then there was Moby—not just a poor, skinny white kid from Connecticut, but a devout Christian, a vegan, and a teetotaler. He would learn what it was to be spat on, to live on almost nothing. But it was perhaps the last good time for an artist to live on nothing in New York City: the age of AIDS and crack but also of a defiantly festive cultural underworld. Not without drama, he found his way. But success was not uncomplicated; it led to wretched, if in hindsight sometimes hilarious, excess and proved all too fleeting. And so by the end of the decade, Moby contemplated an end in his career and elsewhere in his life, and put that emotion into what he assumed would be his swan song, his good-bye to all that, the album that would in fact be the beginning of an astonishing new phase: the multimillion-selling Play.