First up is The Big Bang Theory’s Brian Posehn. 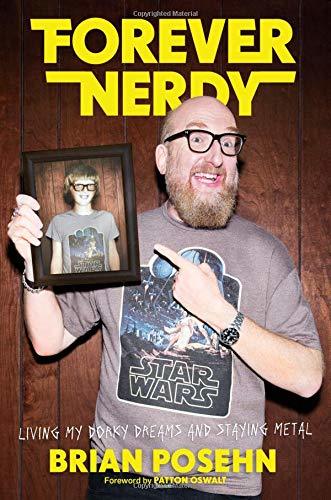 Brian Posehn is a successful and instantly recognizable comedian, actor, and writer. He also happens to be a giant nerd. That’s partly because he’s been obsessed with such things as Dungeons & Dragons, comic books, and heavy metal since he was a child; the other part is because he fills out every bit of his 6’7” frame. Brian’s always felt awkward and like a perpetual outsider, but he found his way through the difficulties of growing up by escaping into the worlds of Star Wars, D&D, comics, and by rocking his face off. He was a nerd long before it was cool (and that didn’t help his situation much), but his passions proved time and again to be the safe haven he needed to persevere and thrive in a world in which he was far from comfortable.

And then Judas Priest’s K.K. Downing has a new book out as well in a signed edition. 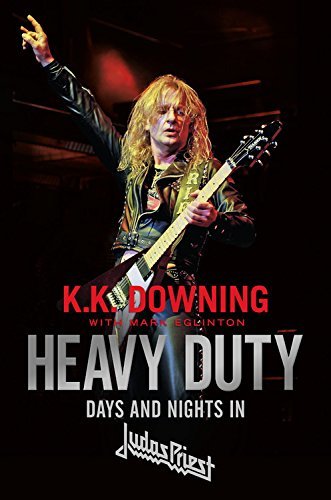 As the band approaches its golden anniversary, fans will at last be able to delve backstage into the decades of shocking, hilarious, and haunting stories that surround the heavy metal institution. In Heavy Duty, guitarist K.K. Downing discusses the complex personality conflicts, the business screw-ups, the acrimonious relationship with fellow heavy metal band Iron Maiden, as well as how Judas Priest found itself at the epicenter of a storm of parental outrage that targeted heavy metal in the ’80s. He also describes his role in cementing the band’s trademark black leather and studs image that would not only become synonymous with the entire genre, but would also give singer Rob Halford a viable outlet by which to express his sexuality. Lastly, he recounts the life-changing moment when he looked at his bandmates on stage during a 2009 concert and thought, “This is the last show.” Whatever the topic, whoever’s involved, K.K. doesn’t hold back.

Finally, Rock band Disturbed has a new CD out you can get signed. 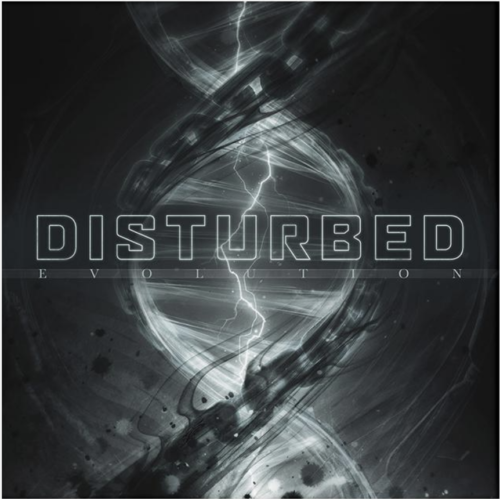 “It is with tremendous pride, joy, and anticipation that we look forward to sharing the next chapter in the creative life of Disturbed with the world. This record is truly unique, and very special to us, and we can only hope that upon listening to it, that the world will feel the same. The record showcases the most adventurous and eclectic combination of musical styles and moods that we’ve ever attempted in our careers. Each song truly has its own identity, feel, and power. The writing and recording sessions that fostered this album were truly an emotional and magical experience for us, creating without boundaries or limitations, and simply going where each day’s musical inspiration led us. Influenced by some of the great classic rock records of our youth, it is an experience unlike anything we’ve previously created. Its time is drawing near for the world to finally hear what is undoubtedly the most daring record of our lives. Evolution is coming. Are you ready?”