She has a new book available for pre-order! 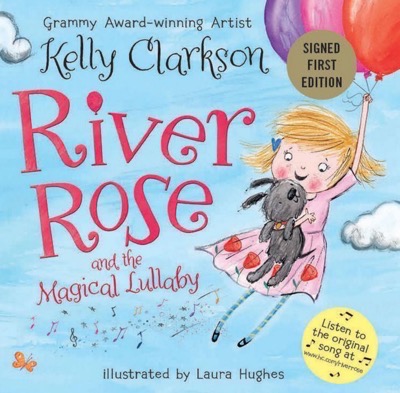 The original Idol, Grammy Award-winning singing sensation Kelly Clarkson, makes her picture book debut with this enchanting story inspired by her own daughter, River Rose. The book comes complete with a link so you can listen to an original lullaby written and performed by Kelly herself.

It’s a big day for River Rose she’s going to the zoo! But when she’s too excited to fall asleep the night before, it takes a magical lullaby from Mom to send River Rose off on a dream adventure! Soon River Rose is hopscotching with the hippos, slip-sliding with the penguins, and dancing with the big brown bears. It’s a rollicking, rhyming tale from America’s most beloved performer, recording star Kelly Clarkson. Join along on this bedtime journey with an original lullaby that parents and kids are sure to love!

Check out the deal here!
Also broadcaster Anderson Cooper has a new book available in a signed edition out now! 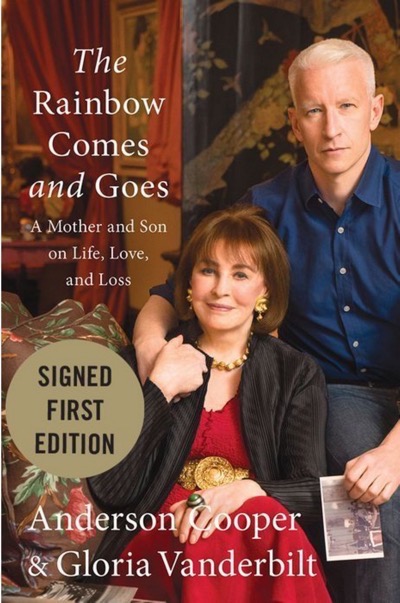 A touching and intimate correspondence between Anderson Cooper and his mother, Gloria Vanderbilt, offering timeless wisdom and a revealing glimpse into their lives

Though Anderson Cooper has always considered himself close to his mother, his intensely busy career as a journalist for CNN and CBS affords him little time to spend with her. After she suffers a brief but serious illness at the age of ninety-one, they resolve to change their relationship by beginning a year-long conversation unlike any they had ever had before. The result is a correspondence of surprising honesty and depth in which they discuss their lives, the things that matter to them, and what they still want to learn about each other.

Both a son’s love letter to his mother and an unconventional mom’s life lessons for her grown son, The Rainbow Comes and Goes offers a rare window into their close relationship and fascinating life stories, including their tragedies and triumphs. In these often humorous and moving exchanges, they share their most private thoughts and the hard-earned truths they’ve learned along the way. In their words their distinctive personalities shine through—Anderson’s journalistic outlook on the world is a sharp contrast to his mother’s idealism and unwavering optimism.

Remember we’re passing these on for reference only, do your own research!