First up, Danica Patrick has a signed book up for pre-order!

Everything Danica Patrick does is Pretty Intense. A top athlete in her field, not to mention a fan favorite and the first woman to rule in her male-dominated sport, Danica approaches every aspect of life with the utmost intensity. Now, she shows you how you can apply her daily principles and transform your life for the better–and have fun while doing it. 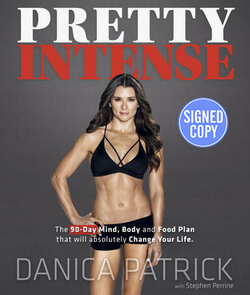 Danica’s 90-day high-intensity workout, protein-rich, paleo-inspired eating plan, and mental-conditioning program will get you leaner, stronger, and healthier than you’ve ever been before. By mixing full-body training and stretching exercises, her accessible workouts hit the holy trinity of fitness: strength, endurance, and flexibility. Bolstered by a customized eating plan for all-day energy, her program will also help you cultivate a mindset for limitless success. You will learn to aim your sights high, confront challenges and setbacks with confidence, and cross the finish line every time. Whether your goal is a stronger core, better skills in the kitchen, or a promotion at work, Danica’s Pretty Intense plan will help you reach your highest potential.

Then acting legend Ed Asner has a signed book out.

In the tradition of Al Franken and Michael Moore, Ed Asner—a.k.a. Lou Grant from The Mary Tyler Moore Show—reclaims the Constitution from the right-wingers who think that they and only they know how to interpret it. 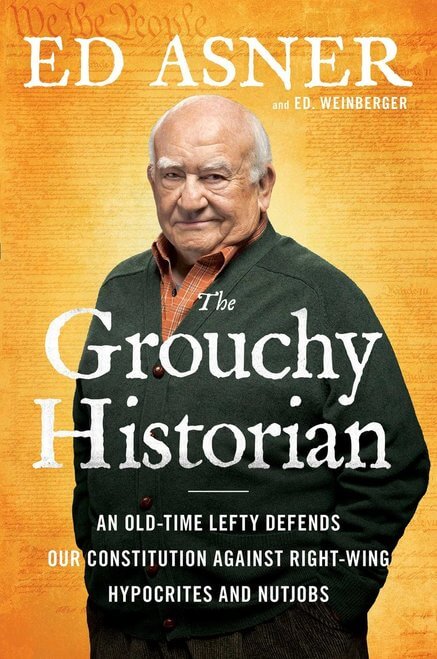 Ed Asner, a self-proclaimed dauntless Democrat from the old days, figured that if the right-wing wackos are wrong about voter fraud, Obama’s death panels, and climate change, they are probably just as wrong about what the Constitution says. There’s no way that two hundred-plus years later, the right-wing ideologues know how to interpret the Constitution. On their way home from Philadelphia the people who wrote it couldn’t agree on what it meant. What was the president’s job? Who knew? All they knew was that the president was going to be George Washington and as long as he was in charge, that was good enough. When Hamilton wanted to start a national bank, Madison told him that it was unconstitutional. Both men had been in the room when the Constitution was written. And now today there are politicians and judges who claim that they know the original meaning of the Constitution. Are you kidding?

And finally Jessica Jones herself has a signed fiction book she wrote!

Can you ever outrun your past?

From actress, producer, and writer, Krysten Ritter, a psychological suspense novel about a woman forced to confront her past in the wake of small-town corruption

It has been ten years since Abby Williams left home and scrubbed away all visible evidence of her small town roots. Now working as an environmental lawyer in Chicago, she has a thriving career, a modern apartment, and her pick of meaningless one-night stands.

But when a new case takes her back home to Barrens, Indiana, the life Abby painstakingly created begins to crack. Tasked with investigating Optimal Plastics, the town’s most high-profile company and economic heart, Abby begins to find strange connections to Barrens’ biggest scandal from more than a decade ago involving the popular Kaycee Mitchell and her closest friends — just before Kaycee disappeared for good.