Two stars of the hit NBC series that I’m really sad to see go off the air, have written new books and signed editions are now available! 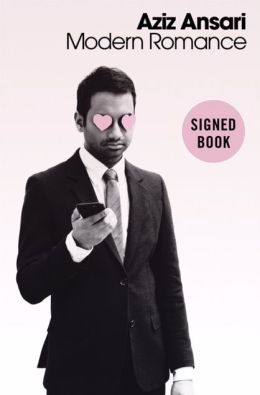 A hilarious, thoughtful, and in-depth exploration of the pleasures and perils of modern romance from one of this generation’s most popular and sharpest comedic voices At some point, every one of us embarks on a journey to find love. We meet people, date, get into and out of relationships, all with the hope of finding someone with whom we share a deep connection.

You can pre-order a signed copy for around $20!

Nick Offerman has his new book Gumption: Relighting the Torch of Freedom with America’s Gutsiest Troublemakers up for pre-order in a signed edition as well. 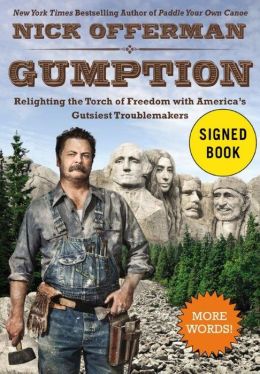 The star of Parks and Recreation and author of the New York Times bestseller Paddle Your Own Canoe returns with a second book that humorously highlights twenty-five figures from our nation’s history, from her inception to present day—Nick’s personal pantheon of “great Americans.” To millions of people, Nick Offerman is America. Both Nick and his character, Ron Swanson, are known for their humor and patriotism in equal measure.

Nick’s book is running about $19 bucks.

As always, we’re passing on these links for reference only!