This 8×10 glossy Star Wars photograph has been hand signed by the actor Peter Mayhew, best known for playing Chewbacca in the Star Wars anthology. The autograph was obtained at a private session with him when he was in NY for a convention on December 4th, 2016.

The photo above is just a sample, and since each autograph is unique, the signature, and placement may vary. The Kool Toys & Games watermark is not on the photo. 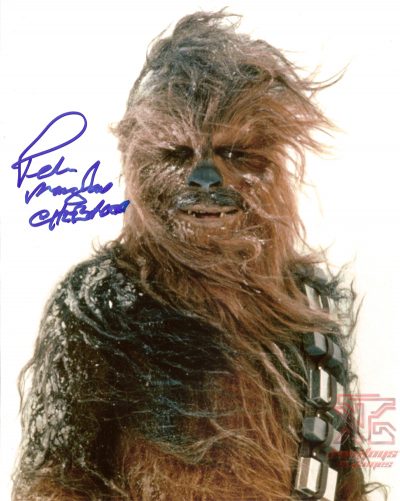 Includes a Certificate of Authenticity from Kool Toys & Games with serialized hologram, matching hologram which will be placed on the back of the photo, and a collage of photographs from the signing. Will be shipped in a top loader for protection.

Then we have Steiner Spots closeout deals!

It all started when Steve Hawk handed his little brother a blue fiberglass banana board. Tony Hawk then nine took to skateboarding instantaneously not realizing at the time his life would soon change. By 14 Hawk turned pro and just two years later he emerged as the best skateboarder on the planet winning contest after contest year after year. 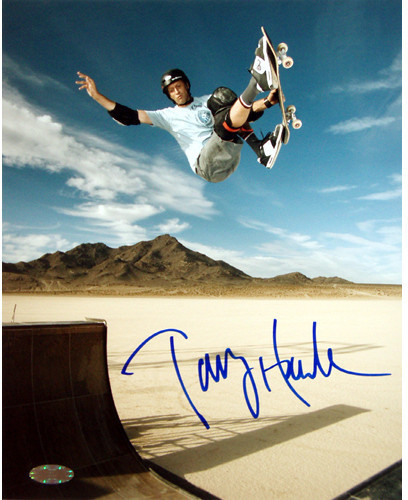 Hawk later launched a skateboard company a clothing line and helped develop a best-selling videogame series. This great 8×10 photograph has been hand signed by Tony Hawk. A Steiner Sports Certificate of Authenticity is included.

Hulk Hogan has personally hand-signed this 8×10 picture of him with boxing legend Muhammad Al. Hulk Hogan (born Terry Gene Bollea) is a former professional wrestler, entertainer, actor and TV star. He is arguably the most successful and popular professional wrestler in history with a large longstanding fan base called ‘Hulkamaniacs.’ 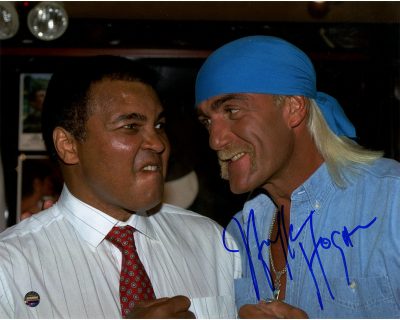 On April 2 2005 Hogan was inducted into the WWE Hall of Fame by actor and friend Sylvester Stallone who directed and acted opposite Hogan in Rocky III. This Hulk Hogan autographed includes A Steiner Sports Certificate of Authenticity.

Remember we’re passing these on for reference only!