It’s the Autograph Deal of the Week….

This week we have a couple cool things.

First up, former SNL and Tommy Boy star David Spade has a new signed book you can buy! 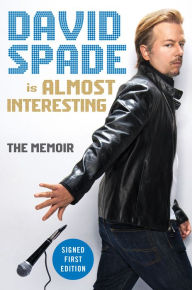 A hilarious and biting memoir from the actor, comedian and Saturday Night Live alumni David Spade.
David Spade is best known for his harsh “Hollywood” Minute Sketches on SNL, his starring roles in movies like Joe Dirt and Tommy Boy, and his seven-year stint as Dennis Finch on the series Just Shoot Me. Now, with a wit as dry as the weather in his home state of Arizona, the “comic brat extraordinaire” tells his story in Almost Interesting.

Check out the ordering page here!

And then Macy Gray, the singer from the 1990’s has a new album, and you can get a signed copy via Pledge Music. 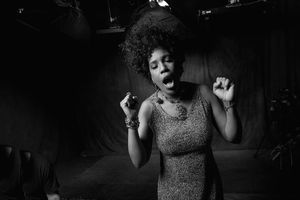 Hey y’all!
For the first time ever, I’m inviting all of my beautiful fans to join me in making four new tracks for The Way’s extended deluxe edition. I can’t thank you enough for supporting me with the release of my newest record and hope you have been enjoying it.
Exclusively through PledgeMusic, you’re invited to experience the entire recording process with me. I’m gonna let you be a part of this deluxe album from the beginning. I’m talking writing sessions, vocal recording sessions, first mixes…you get to experience it all when you order The Way’s Extended Deluxe Album here with super unique experiences and exclusive behind the scenes access.
Let’s have some fun together in the studio and you can even sing on this new record with me, star in my next music video, get backstage passes, private concerts, Executive Producer credit, personal voicemail greetings, and more.

Remember do your own research! We’re just passing these on for reference!!