We have an eclectic mix for the Deal of the Week this time around.

From an Oscar winner to the lead singer of Slipknot! Check it out below!

This Limited Signed Collector’s Edition of 300: Rise of an Empire: The Art of the Film is autographed by Director Noam Murro and  Producer and co-writer Zack Snyder. Limited to 750 copies worldwide.

The action adventure 300: Rise of an Empire is the highly anticipated follow-up to the 2007 international blockbuster 300. 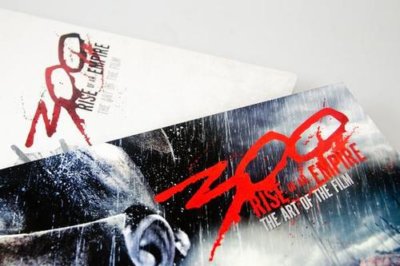 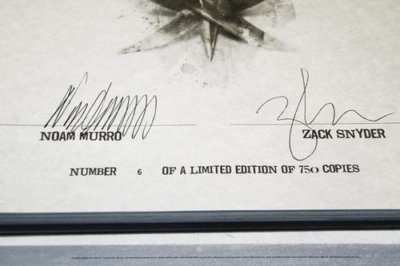 Based on Frank Miller’s latest graphic novel Xerxes, 300: Rise of an Empire is produced by Gianni Nunnari, Mark Canton, Zack Snyder, Deborah Snyder and Bernie Goldmann, and directed by Noam Murro from a screenplay by Zack Snyder & Kurt Johnstad. Told in the breathtaking visual style of 300 this new chapter of the epic saga takes the action to a fresh battlefield—on the sea—as Greek general Themistokles (Sullivan Stapleton) attempts to unite all of Greece by leading the charge that will change the course of the war. 300: Rise of an Empire pits Themistokles against the massive invading Persian forces led by mortal-turned-god Xerxes (Rodrigo Santoro), and Artemisia (Eva Green), vengeful commander of the Persian navy.

A collection of seventeen wonderful short stories showing that two-time Oscar winner Tom Hanks is as talented a writer as he is an actor. 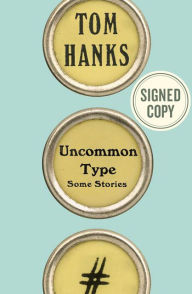 A gentle Eastern European immigrant arrives in New York City after his family and his life have been torn apart by his country’s civil war. A man who loves to bowl rolls a perfect game—and then another and then another and then many more in a row until he winds up ESPN’s newest celebrity, and he must decide if the combination of perfection and celebrity has ruined the thing he loves. An eccentric billionaire and his faithful executive assistant venture into America looking for acquisitions and discover a down and out motel, romance, and a bit of real life. These are just some of the tales Tom Hanks tells in this first collection of his short stories. They are surprising, intelligent, heartwarming, and, for the millions and millions of Tom Hanks fans, an absolute must-have!

Slipknot and Stone Sour lead singer, Corey Taylor has a new book out.

This hardcover edition of America 51: A Probe Into the Realities That Are Hiding Inside “The Greatest Country In the World” is autographed on bookplate by Corey Taylor.

A skewering of the American underbelly by the New York Times bestselling author of Seven Deadly Sins, A Funny Thing Happened on the Way to Heaven, and You’re Making Me Hate You 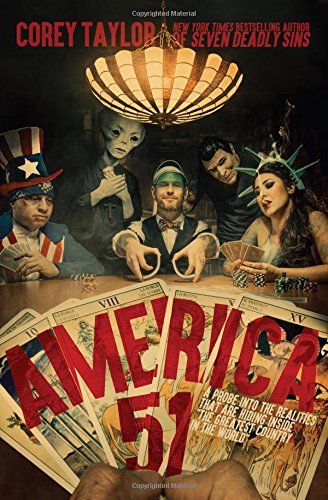 The always-outspoken hard rock vocalist Corey Taylor begins America 51 with a reflection on what his itinerant youth and frequent worldwide travels with his multiplatinum bands Slipknot and Stone Sour have taught him about what it means to be an American in an increasingly unstable world. He examines the way America sees itself, specifically with regard to the propaganda surrounding America’s origins (like a hea 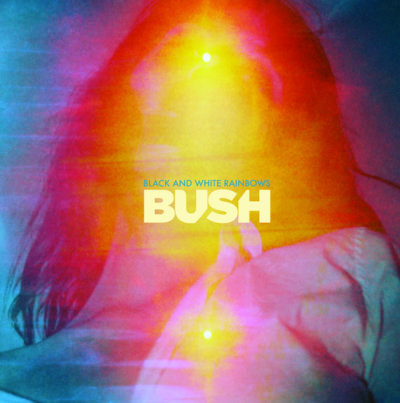 vy-metal Howard Zinn), while also celebrating the quirks and behavior that make a true-blue American. Taylor likewise takes a look at how the world views us, and his findings should come as a surprise to no one. But behind Taylor’s ranting and raving is a thoughtful and intelligent consideration, and even a sadness, of what America is compared to what it could and should be.

And finally, we have BUSH lead singer Gavin Rossdale! The band has a new CD out and it’s signed by Gavin!

The band’s 7th studio album ‘Black and White Rainbows’ is out March 10th on Caroline International. Written and produced by Gavin and recorded at Sea of Sound in Hollywood, ‘Black and White Rainbows’ tears through its 15 tracks. From the first track, brand new single ‘Mad Love’ (impacts March 10th), through ‘Lost On You’ (co-written with Dave Stewart), to the closing track ‘People At War’, the album barely pauses for breathe.