First up we have 90 year old Tony Bennett! The pop icon has signed books available for pre-order! 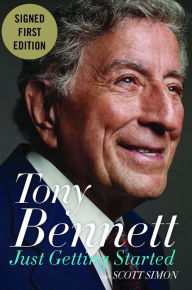 At ninety, musician and singer Tony Bennett is as vibrant and productive as ever. In addition to his prodigious musical output, including albums, concerts, and personal appearances, this beloved and enduring artist has written his next book. In 2012’s Life Is a Gift, Tony reflected on the lessons he has learned over the years. Now, in Just Getting Started, he pays homage to the remarkable people who inspired those lessons.

In his warm and inviting voice, Tony talks about who and what have enriched his own life, including Charlie Chaplin, Judy Garland, Dr. Martin Luther King, Jr., Cole Porter, Amy Winehouse, Fred Astaire, Lady Gaga, members of his family, significant places, and more. Just Getting Started chronicles the relationship Tony has enjoyed with each one of these legends, entertainers, humanitarians, and loved ones, and reveals how the lessons and values they imparted have invaluably shaped his life.

As enchanting and unforgettable as his music, Just Getting Started is a beautiful compilation of reflections every Bennett fan will treasure, and a perfect introduction for those just getting to know this remarkable star and humanitarian.

Next up, speaking of legends we have New Order’s Peter Hook! 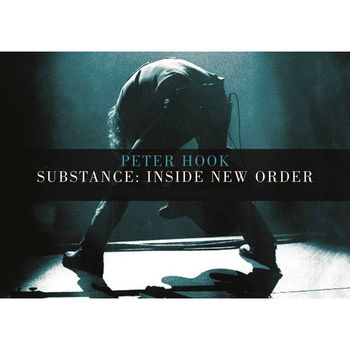 Two acclaimed albums and an upcoming US tour – Joy Division had the world at their feet. Then, on the eve of that tour and the beginning of what would surely have been an international success story, the band’s troubled lead singer, Ian Curtis, killed himself.

‘We didn’t really think about it afterwards. It just sort of happened. One day we were Joy Division, then our lead singer killed himself and the next time we got together, we were a new band…’ Peter Hook

That band was New Order.Their distinctive sound – a fusion of post-punk and ground-breaking electronica – paved the way for the dance music explosion of the ’80s and earned them the reputation as one of the most influential bands of their generation. Despite their success, the band has always been a collision the visionary and the volatile, and relationships have often been fraught with tensions.

Peter Hook has written a no-holds-barred, comprehensive account of the band’s entire history, packed with outrageous anecdotes and including every set list and tour itinerary and interspersed with ‘geek facts’ of every piece of electronic equipment used to forge the sound that changed the direction of popular music.

Check out the deal here!
Remember we’re passing these on for reference only! Do your own research!