This week we have a few different deals. 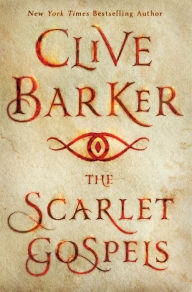 The Scarlet Gospels takes readers back many years to the early days of two of Barker’s most iconic characters in a battle of good and evil as old as time: The long-beleaguered detective Harry D’Amour, investigator of all supernatural, magical, and malevolent crimes faces off against his formidable, and intensely evil rival, Pinhead, the priest of hell. Barker devotees have been waiting for The Scarlet Gospels with bated breath for years, and it’s everything they’ve begged for and more. Bloody, terrifying, and brilliantly complex, fans and newcomers alike will not be disappointed by the epic, visionary tale that is The Scarlet Gospels. Barker’s horror will make your worst nightmares seem like bedtime stories. The Gospels are coming. Are you ready?

Then we have deceased horror icon Wes Craven 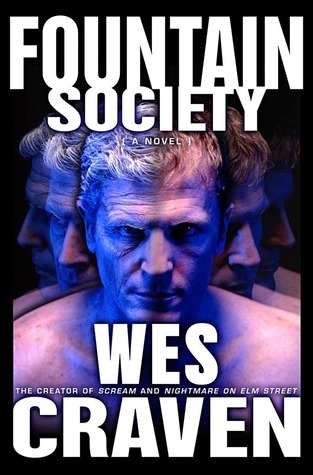 A veteran of more than thirty films, Wes Craven has become a household name synonymous with inventive genius, wit, and inspired, shocking, thriller cults classics. Now he brings his wicked talents to bear on the novel of suspense with a spine-chilling tale that will leave readers breathless, a story of break-through medical technology run amok, a terrifying government conspiracy, and a life-after-death romance. At the center of the novel is a sinister plot to confer immortality on a select, elite group of government scientists – a plot of such cold brutality and evil that it has been kept secret from everybody, even those who might one day benefit from it.. “Dr. Peter Jance is a brilliant weapons scientist, dying of cancer just as he nears completion of his greatest invention. Beatrice is his beautiful scientist wife. Dr. Frederick Wolfe is the dark genius who, with Beatrice’s help, has discovered the secrets of immortality. Elizabeth and Hans, young lovers, healthy and strong, are the unknowing victims of Wolfe’s sinister plans.

With this new album I have deliberately held off of writing anything until this campaign is in place. I will start to write it the day the campaign is launched and I have eleven months to get it completely finished as the release date I’ve set for it is mid 2017. Three years exactly since ‘Splinter’ was released. I have no idea how I want it to sound, or who will work on it with me, if anyone. It doesn’t even have a working title as yet. It’s as blank a canvas as I’ve ever had and everything that happens will happen with you as part of it. 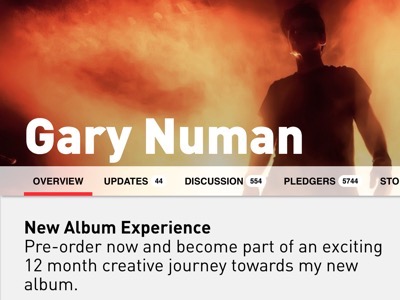