Man, I have to tell you, I forget how nice it is being tall! Our girl in the Big Apple Elisa just sent in this great report about a full morning of autographing! Now, I’ve only been to New York City once and while I loved it, I didn’t get back again.

But judging from this report, things are way more accessible there! I’m so jealous! Here we only have a few things we can actually get to! Grumble…

I suppose the grass is always greener though… Elisa headed out for Alias and Lost star Terry O’Quinn, Modern Family stars Ty Burrell and Sofia Vergara and got some luck with Scott Speedman!

Wednesday morning, my day off, and I’m still up far too early in the morning. But Ty Burrell and Terry O’Quinn are at Live with Kelly and Michael and I want to try meeting them. My luck the last few times there has been awful but I know that both guys are really nice and usually friendly with fans, so why not? I skip trying Julie Bowen at GMA since I didn’t get quite as much sleep as I had wanted. I had met her (and Ty) while she was doing press for the series premiere of Modern Family anyway.

I got to Live at around 830. Very few people were there. I picked a spot behind a few people who were far too spread out on at the front of the barricade; I figured I could scoot up at the first chance. We wait.

Apparently Terry is already inside so we’re just waiting for Ty to arrive. He does and the car goes straight into the garage though he does wave. Boo. We continue waiting as the pros start showing up after GMA has ended. At about 9:45, Ty’s car comes out, he gets out and signs for a while. I’ve decided that I’m far too quiet and small as I miss out on his autographs when the pros completely surround me. Then his publicist takes him away. Oh well. I’m pissed but still going to wait for Terry who I loved in Millennium and JAG, and of course, Lost and Hawaii Five-0, basically everything he’s been in, I’ve loved.

He comes out right as it turns 10. He walks out and signs for EVERYONE making sure we’re all happy. 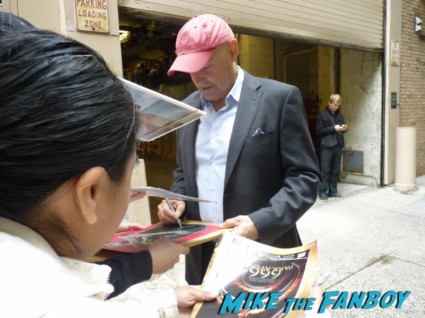 Such a nice guy. He also takes pictures with the few of us that ask. 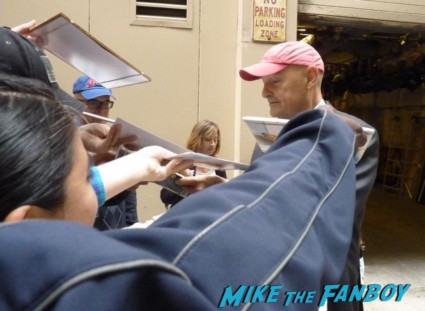 I didn’t really have anything for him to sign other than a 666 ad ripped out of my EW magazine. 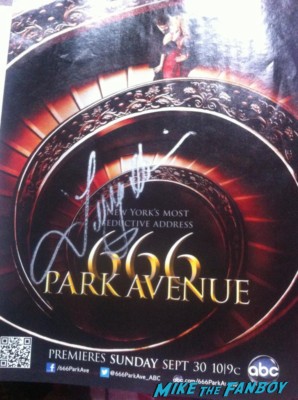 The ‘graph came out weird but I got the picture to make up for it. 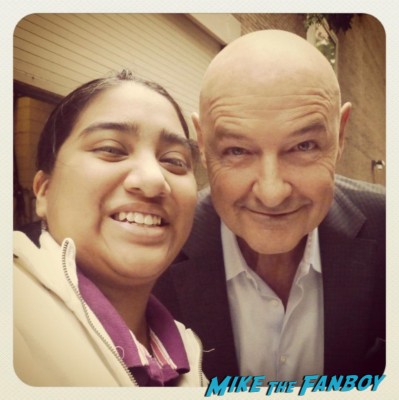 Right after he leaves, another SUV drives up with Scott Speedman in the back. Unexpected but I’m happy. Ben from FELICITY! So of course, I HAVE to wait for him. He’s doing promo work for The Last Resort and we weren’t expecting him but happy. Even when the pros run off to go line up for Sofia Vergara who’s heading to Katie Couric’s new show. Scott comes out rather quickly and signs and takes pics for the few of us waiting. 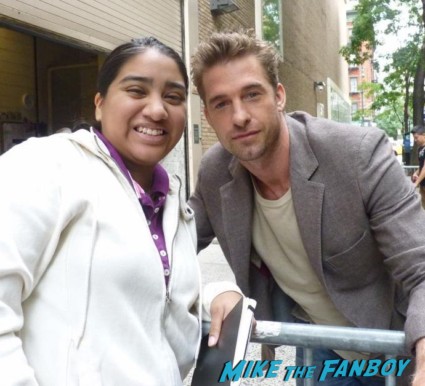 He’s very sweet with the kids who are waiting too. Had I known, I’d’ve brought my Duets DVD. LOVE that movie. He just signed a page in my auto book. He’s so pretty. 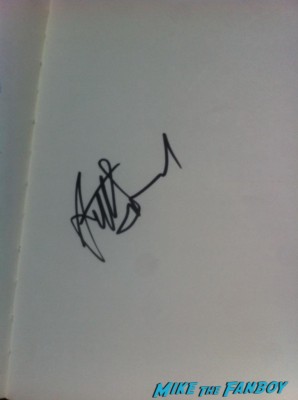 I end up heading over to Katie for Sofia Vergara. After waiting an incredibly long time, being accused of not speaking English (TWICE) and making some great new friends, I strike out yet again. 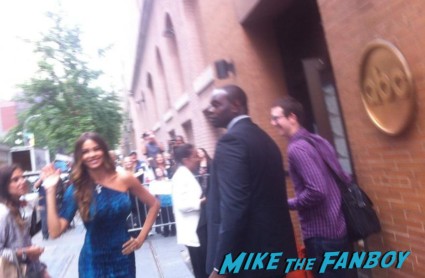 Sofia does sign but again I’m hidden behind pros and paps. 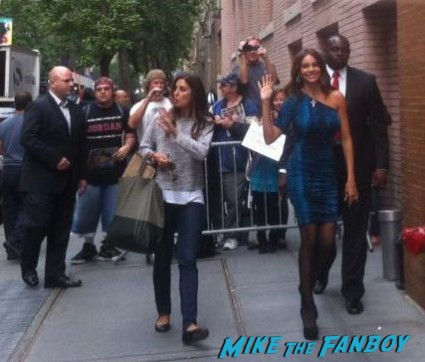 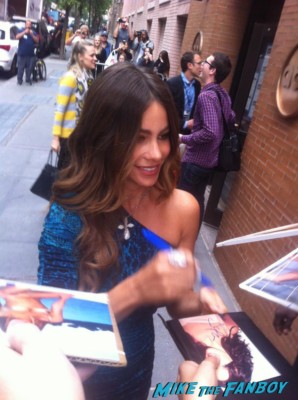 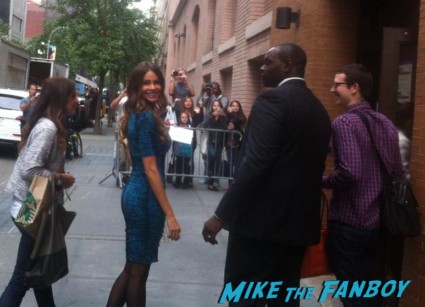 So no Modern Family luck this go-around. Although Sofia did drop her sharpie on my Hollywood Reporter so there is a weird mark on her arm. Ha! I guess that’s something (not really).