According to Coming Soon.net and IGN who has an interview with Joss. In the interview he confirms the Quicksilver and Scarlet Witch will be in the sequel!

He said, “You know, they had a rough beginning. They’re interesting to me because they sort of represent the part of the world that wouldn’t necessarily agree with The Avengers. So they’re not there to make things easier. I’m not putting any characters in the movie  that will make things easier.”

Plus, Whedon talked about Iron Man 3 and that ending. Now, consider this a spoiler alert… SPOILER ALERT! 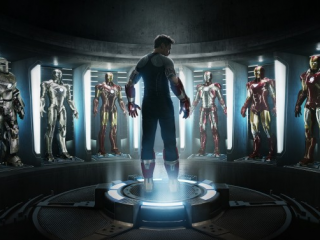 When asked about Iron Man and Tony Stark Joss said this…

“Well, I feel like in Iron Man 3, even though he said, ‘I’ve changed’ — he blew up his remote suits, but I don’t think anybody thinks he doesn’t have one anymore. The question is, if The Avengers are called, does he show up? And the answer is, ‘Yes!’”

The casting rumors are swirling around, with recasting issues and Marvel basically being cheap when doing a sequel to the biggest movie of last year.