I love music. Probably even more than actors and actresses, musicians can really influence someone’s life. I mean a song can literally take me back to a certain time and place in my life within a second.

The problem with collecting music autographs is getting the full band. It seems like I always miss the guitarist or drummer or something. LOL… So, you have a poster or LP with one person missing.

B-Mart is a huge fan of the band Halestorm and he headed out in the cold frigid arctic tundra to meet them!

Hey Everyone! So this time in my music quest (prolly my favorite type of genre to graph), I am graphing the band Halestorm for a second time. In case you haven’t heard of them, they just won a Grammy for Best Hard Rock Performance, the first female led band to do so. They also have had a song on Glee and were on the TV show Bar Rescue. I met them back in November 2012 at a small venue before they won their Grammy and they were awesome and super nice. So I had to do it again at this new venue! They were co-headlining with Bullet for My Valentine. The main reason I wanted was to get my picture with Lzzy Hale (lead singer and HOT!) upgraded (see below) and get it signed, along with her little brother and drummer Arejay. Full recap below! 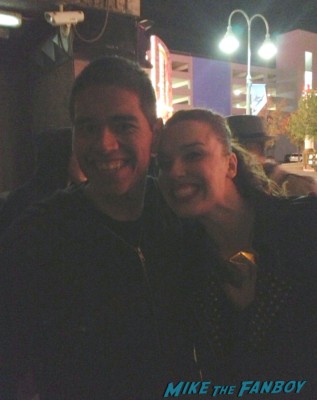 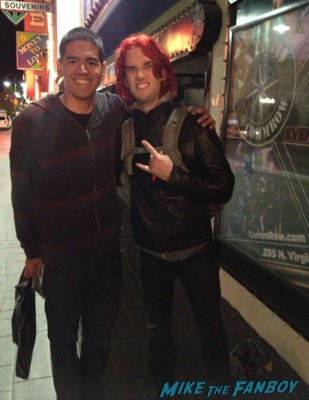 It is a nasty Tuesday here in Reno. It was 70 degrees and sunny two days ago. Tonight it is freezing and mildly snowing. Such bipolar weather, which does not make for fun graphing. The concert started at 6:30 and four bands total playing so I knew I was in for a long night. I scouted the venue before, which I had never graphed and the buses parked out in plain sight in the back of the venue where anyone could access them and literally go up to them. It was an autographer’s dream. I enjoy the warm up bands who were both pretty good and Halestorm comes on around 8:15 and I just focus and pay attention more than I ever have. They rocked!

Now came the harder part. I knew they would not leave immediately because Lzzy had a duet toward the end of Bullet for My Valentine’s set. So I waited until after that song to dart to the back. I literally ran so I could catch them going on the bus. I waited in the freezing cold for about 20 minutes (I got a runny nose after about 5 minutes). Sure enough, my hunch was right and they came out a side door from nowhere.

First was Lzzy and Joe. I was the only one there and they literally just hung out with me in the cold for 5 minutes talking about how much of a fan I was of them. They could not have been nicer. I congratulated them on the Grammy and they were so appreciative. I also told them about how much of a Glee fan I was and it was cool meeting a band that had a song on the show. They said they were honored by the show choosing their song “Here’s to Us”. This band loves their fans! I then asked for pictures and both of them said of course. I was trying to keep my cool the entire time with Lzzy because I have a huge crush on her. I got my upgrade though! 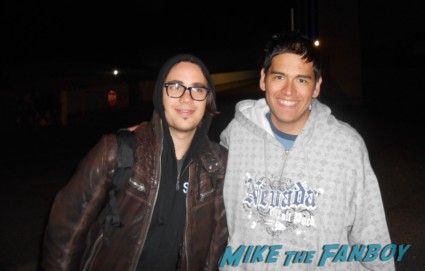 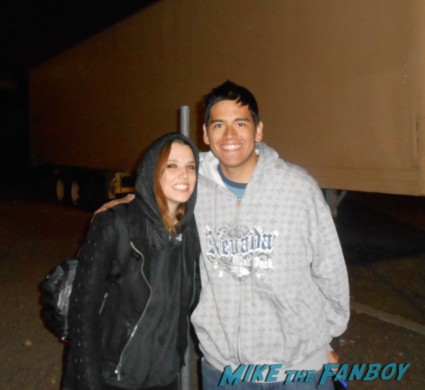 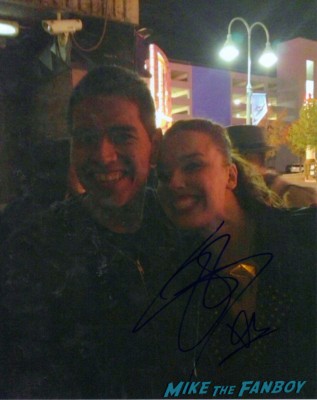 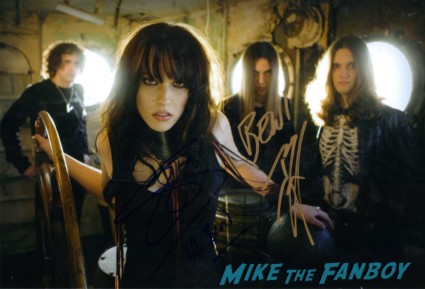 I then got really cold and waited in my car for Arejay and Joe because I knew they would come out later thanks to my previous encounter. However, I fell asleep (it was 11 by then and I had work at 6 am). D’oh! Oh well, next time I have more photos with to get signed! Plus aftwerwards, I tweeted Lzzy and I got a response. I almost died of happiness. It’s like if Mary Louise Parker tweeted Mike.

Overall, I had a fun time and it was a great way to spend the night, no matter how cold it was. Until next time everyone, rock on! 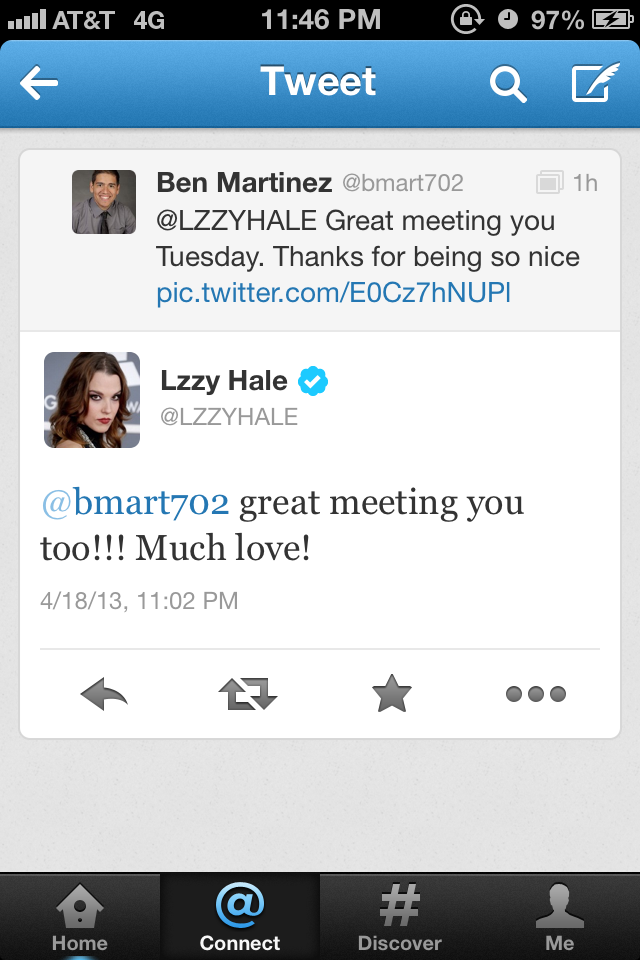