Someone went mau5 Hunting! It’s the week of awesome new MTF contributors! B-Mart went ahead and met deadmau5 when he was in town doing a show! B-Mart even was able to meet Kat Von D as well. Talk about a double bonus!

I never have luck meeting musicians before shows… Well, that’s not true I did meet Lady Gaga once… Anyway, this is a pretty epic report and let’s all give B-Mart an awesome MTF Hello!

So when I heard that my favorite DJ deadmau5 was coming to my area for the music festival Snow Globe, I just had to try and meet him. There were other big names there like Wiz Khalifa and Laidback Luke, but deadmau5 had to be at the top of the list. He also recently got engaged to Kat Von D, so I also had to try and meet her. I am in to tattoos as I have one and I want several more on my left arm. She is considered one of the best tattoo artists in the world and she is famous for having her own TV show called L.A. Ink and books. His performance was schedule for the second day of the three day festival. However, I have already seem him live because I grew up in Las Vegas and the entire event was way out of my price range, so I only tried to meet him. 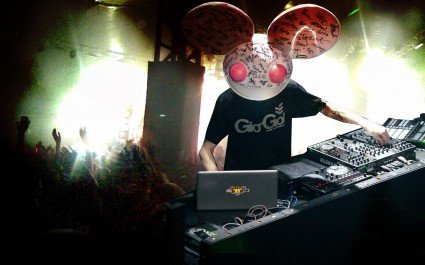 The day of the event finally came. I live in Reno but the event was in South Lake Tahoe, about an hour and fifteen minute drive away from my house. So I get up and go around noon because I can’t wait. I have my Rolling Stone with him on the cover and I picked up the new issue of Inked magazine that has the cute couple on the cover. A friend told me that he would most likely get to the event around 4. It was also snowing that day and I wanted to take it slow and get there on time and in a safe manner. It took me almost 2 hours to get there while fighting the snow. Some people cannot drive in the snow. While I am not from around here originally, I have gotten so used to driving in it. I also am lucky to have a car with 4 wheel drive. I was listening to his music on the entire way there to keep me awake and. It is a pretty drive when there is no snow, but I had to be awake and focused to fight the snow. 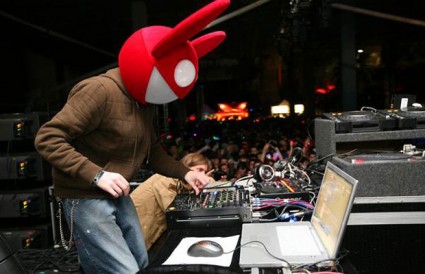 Eventually I get there to the event site at 2 and I have to wait for about 2 hours while in the cold but I am in my car that has a DVD player in it. So I am set to kill time. I have only been to Tahoe on vacations and for the American Century Golf tournament in town during the summer where tons of celebrities and athletes play golf for a week. As a result, I decided to investigate the area and it also gave me a chance to play in the snow. I see a place where a taxi or limo could pick up or drop off people and just by experience I think it will be the place they get picked up. So I wait anxiously for about an hour. 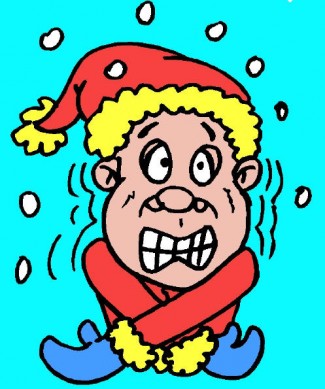 Turns out I was right! Around 4, I see cars ready to drop them off. I am so excited. I also am the only one here so I have a great advantage.

I go up to Kat first and ask her to sign. She is super nice and says yes. She looks at my magazine and she liked it because she had not seen how it turned out yet because the magazine literally just came out. She then asks me, “Do you want Joel (his real name) to sign it too?” In my head I go “YESS”, but I was polite and said “Yes please”. She takes my magazine and the one beneath it and she hands it to him. I looked at him and he kind of gave me a type of look like he was reluctant to sign but she made him do it. They were in a hurry to prep for the show so they had to go and I did not get my typical picture with. It was still amazing. However, I made a mistake that I rarely make because I was too excited. I did not let the Inked magazine dry and it stuck to the bottom of the Rolling Stone. You can still see the remains below, which actually is semi-okay. The autographs smeared but hey at least one turned out good. 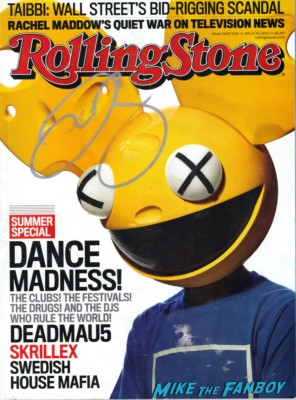 While I did not get a picture with and I ruined my other magazine, it was worth it. There was also no snow on the way home, so I just had a great day. 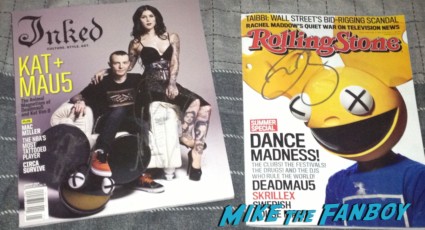