Pinky headed out to the LA PD Police Tournament and actually had a lot of luck. If you remember they are the ones who posted about not allowing autographers into the formerly fan friendly tournament.

Pinky did have luck however, and was able to meet Alan Thicke and two members of the Backstreet Boys!

Hello, my lovelies. Pinky Lovejoy-Coogan here with sincere apologies for the tardiness of my article this week. Knowing Mikey, I’m predicting the caption will be, “Manic Tuesday?”

The long weekend disoriented me so much that I plum forgot about yesterday actually being Monday. Oops. Anyway, before the long weekend happened, I had the opportunity to attend the 44th Annual Los Angeles Celebrity Police Golf Tournament with the lovely Liz. We had a great time! I wasn’t really sure how it would be after they posted that autograph collectors weren’t welcome, but for photo ops it was awesome. Everyone was really nice and went out of their way to accommodate the fans.

Our main goals for the day were Nick Carter from the Backstreet Boys and Alan Thicke from Growing Pains. I’m happy to report that our mission was a success! In fact, Alan’s team was right behind Nick’s, so once we (finally) figured out the order the teams were golfing in, we were golden (special shout out to Chas for his help there). Alan was more than happy to pose, he just chose to sit in the golf cart as it happened, which is totally cool (plus, now it looks like we were golfing together – ha!). 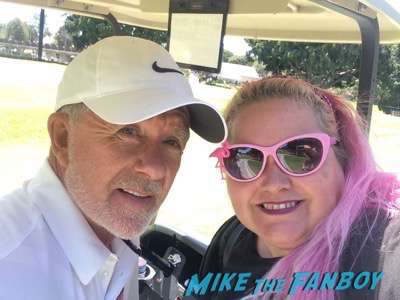 As you might recall, Alan played Dr. Jason Seaver on the long running sitcom, Growing Pains. In the past, I’d met several other cast members from the show – Tracey Gold (who played Carol Seaver on the show), 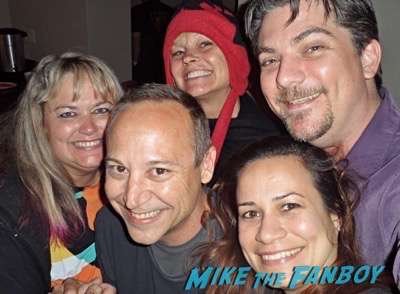 and Jewels McCullough (who played Kirk’s love interest, Julie, for a while on the show). 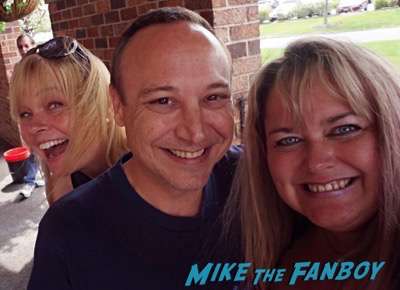 Nick Carter was also happy to pose – in fact, we were able to get a double shot with him and AJ McLean, who was also part of the Backstreet Boys. Wahoo! Great day! 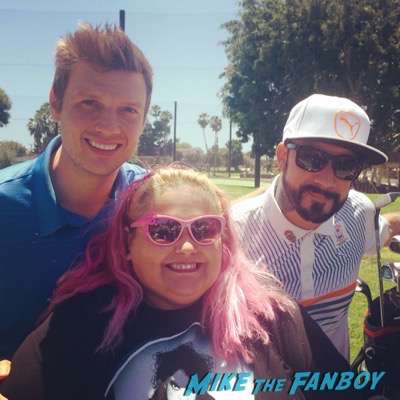