Susan is a Banshee for Banshee!

The Cinemax series Banshee has just been renewed for a third season and the cast was out and about doing a rare appearance at a little something I like to call San Diego Comic Con. While the madness of SDCC is palatable, Susan was lucky enough to score a ticket into the signing.

Rock to the On!

This year my luck seemed to be in the shitter, but Susan did great!

Banshee is a smart and cool television series on Cinemax. It was just renewed for a third season that begins airing in January of 2015. If you have Cinemax, you should really check it out. 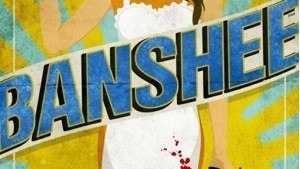 There was a signing for the new Graphic Novel, Banshee Origins, at the Warner Brothers booth and I really wanted to go. Unfortunately, I had already chosen another signing and we didn’t make it through the massive line twice before everything was out. But who came to the rescue like a member of Strike Force? Billy Beer! Some random guy asked if anyone wanted Banshee wristbands while we were in line for something else and Billy was gracious enough to give me one. Thanks Billy!! 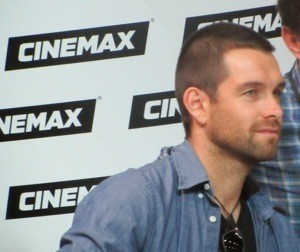 I complimented Anthony Starr on his performance in a small Australian film called “Wish You Were Here” (starring my fave Joel Edgerton) and he was amazed that I had even seen it. I told him, seen it? I own it! Before I moved on down the line he said, and I quote, “you’re awesome”. Smart man. 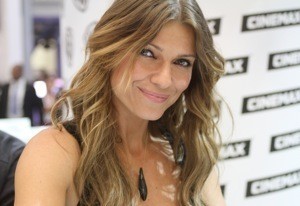 When I reached Ivana Milicevic, I told her how I loved one of her scenes in Just Like Heaven and she blurted out, “with Mark Ruffalo!”. She was super sweet and the rest of the cast were super nice as well. 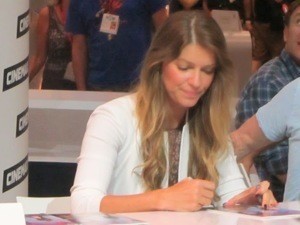 Comic Con is such a huge venue, that it’s nice to meet a smaller, lesser known cast. You get a little more time and they are always super appreciative of their fans. 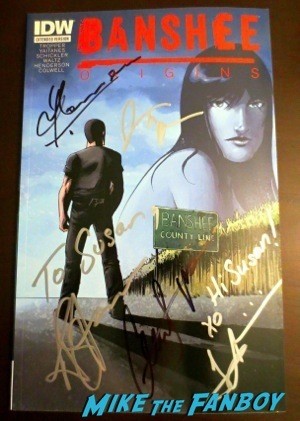 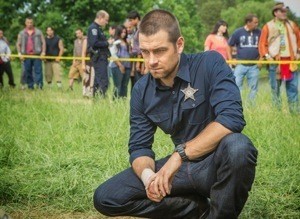