There are so many amazing shows on television right now, it’s so hard to wade through them all. One show that has flown under the radar a little bit is the Cinemax series Banshee. Cinemax like USA and Starz has really come into it’s own creating some original content that really needs to be given its due and given more attention to. 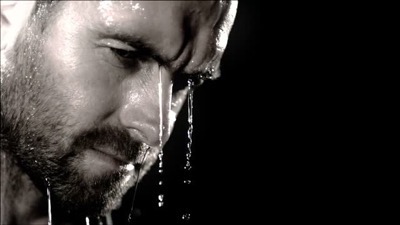 Banshee: The Complete Third Season is out now on Blu-ray and DVD, and if you are not familiar with the series, it follows Lucas Hood (Antony Starr) who is an ex-convict that assumes the identity of sheriff of an Amish town named Banshee which is located in Pennsylvania. He heads to Banshee because his former lover and partner-in-crime, Carrie Hopewell (Ivana Milicevic) now lives there under an assumed identity. 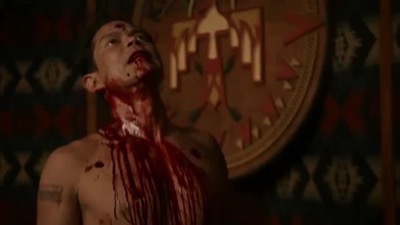 The season picks up about a month after the season two finale. Carrie’s father who is gang kingpin Rabbit (Ben Cross) met his maker after a giant shootout in a church. Carrie, who stayed in Banshee is more exposed then ever and is estranged from her husband and kids is working as a waitress and moonlighting with Lucas and Sugar (Frankie Faison) doing local crimes. 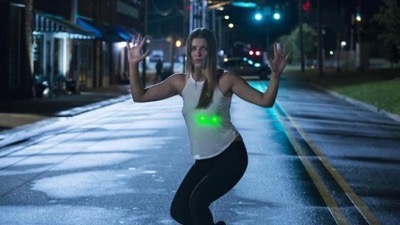 Lucas in the meantime is finding it ever more difficult to hide who he really is from the Banshee residents, especially after getting romantically involved with Siobhan (Trieste Kelly Dunn). There is a new conflict on the horizon as well with an Amish gangster (yes, they exist) named Kai Proctor (Ulrich Thomsen) as well as Chayton Littlestone (Geno Segers) who is the leader of the Redbones of the Kinaho tribe. Clayton is not to be messed with and has vengeance on his mind. 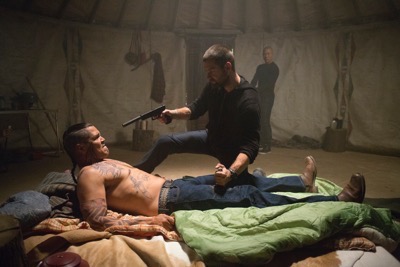 While this is going on Lucas puts plans in motion on a new scheme when he learns of a decommissioned Marine base that is housing millions of dollars. Got all that? Banshee is frantic at times and careens along at such a pace it’s hard to put all together let alone binge watch. However, once you get past that, it’s those moments that the series pauses and lets its characters breathe a little that the series really jells. Even the flashback moments really shade the characters and gives them depth that the plot doesn’t always afford. 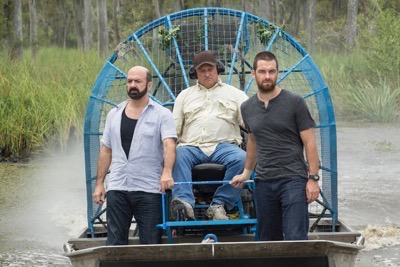 While the series may revel in it’s over-the-top onslaught, once you get past that, it’s really a fun series and very well acted. Antony Starr and Ivana Milicevic both are exceptional in the lead roles and add to much to the series. They shade their performances with little touches that bring more characterization to an otherwise plot driven series. 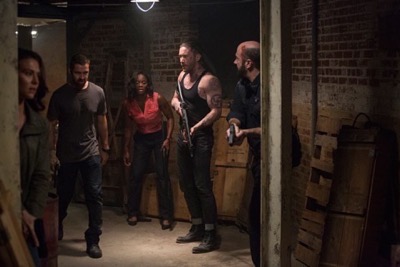 Banshee: The Complete Third season arrives on Blu-ray in a fine transfer thanks to Cinemax. This season in particular is darker in color than the previous outings and there is a touch of picture fallout because of it. Sometimes the dark colors make the subtle details less noticeable as well, however in the lighter scenes the transfer is flawless. The colors pop almost too much, and the fine details, especially in the close up shots are clear and sharp. 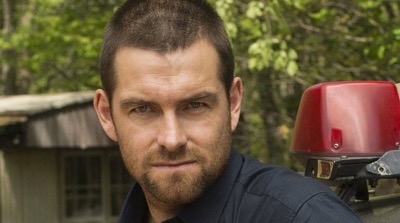 Banshee: The Complete Third Season is loaded with special features:

There is a deleted scene included on episode 2
Making of the Episode 2 Title Sequence – Which is a look at the main titles.

Banshee Origins – This is a series of eight short featurettes that tell the backstory of the major characters. It’s great for people wanting to catch up.

Banshee Origins Saga – Available with an optional commentary track, this featurette is almost an hour long. 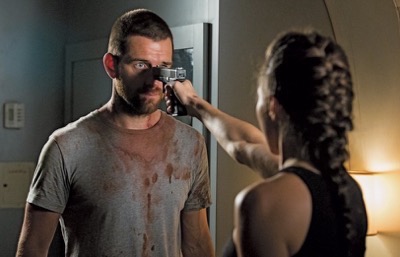 Burton Vs. Nola Stunts and Camera Movement – Two featurettes, very short but using an animatic showing how the stunt scene was filmed.

Zoomed In – A short that covers the three episodes that are featured on Disc 2.

There are also two audio commentary tracks: Episode 3 with Magnus Martens the director and Marcus Young the stunt coordinator as well as Episode 5 with OC Madsen the director and Allen Marshall Palmer the Post-Production Producer. 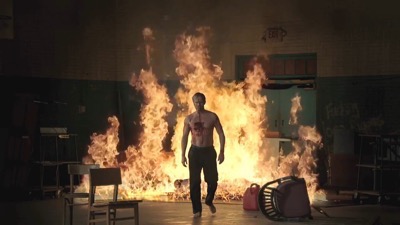 The Heist – This is a cool featurette, running about 20 minutes long featuring several different perspectives of the big scene.

Zoomed In – Again this covers the episodes on this disc.

There are about five minutes worth of deleted scenes and an audio commentary track on Episode 7 with Greg Yaitanes the director, John Valerio the editor and Patia Prouty the costume designer. 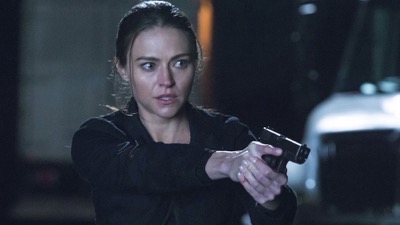 Genoa Rehearsal – A short featurette featuring the rehearsal for Genoa.

There is one deleted scene on Episode 9 and audio commentary on episode 10 with Jonathan Topper the creator/producer, Loni Peristere the producer director, and Adam Targum Co-Executive Producer and Writer. 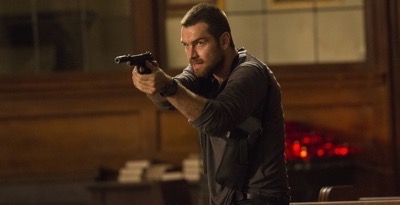 Overall, Banshee has a lot going for it. This is one of the first Cinemax series to really make me sit up and take notice and while the frantic pace does tend to overwhelm the story at points and the over the top nature of the series can be a bit jarring, it’s most definitely worth a look. If you are new to the series, clearly I would start at the beginning but I think it will be well worth your time.

Banshee: The Complete Third Season is out now on Blu-ray!