DC Comics’ DCU Animated Original series have really become a popular entry in the DCU. In fact, the animated original films have become so popular I’ve seen animated series specific cosplay and fanboy’s have said that they sometimes prefer the animated versions to the live action ones. Animation has always been an interesting medium for super hero properties, it really allows the characters to stretch and bring out new interpretations without the huge fan backlash ala Jared Leto as The Joker. 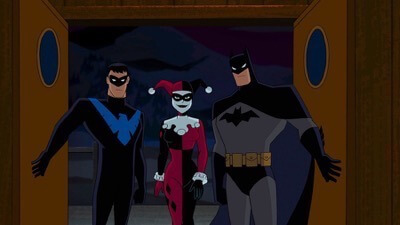 In the newest DC Comics’ DCU Animated Original series, Batman and Harley Quinn, we get a more comical version of Harley Quinn (Melissa Rauch). It really lightens up the proceedings here and gives the series a levity that it didn’t have in previous entries. The character of Harley Quinn has always been a fan favorite and here she is used to great effect.

We open with Poison Ivy (Paget Brewster) and Floronic Man (Kevin Michael Richardson) looking for information on Dr. Alec Holland also known as Swamp Thing. They are breaking info S. T. A. R.  Labs when Batman (Kevin Conroy) and Nightwing (Loren Lester) arrive to help and uncover a dastardly plot that will transform all the humans into plants or possibly just kill everyone. 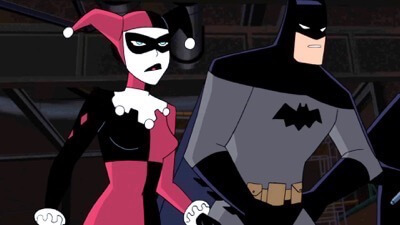 The Caped Crusaders go to Ivy’s old friend Harley Quinn who has since become a waitress since being released from Arkham. This is the only work that Harly could get after getting released and eventually the three form an uneasy alliance. They head to Florida to find Poison Ivy and allow Harley to well… Be Harley Quinn, trading insults, getting fights, and even getting a little revenge on her former prom date. 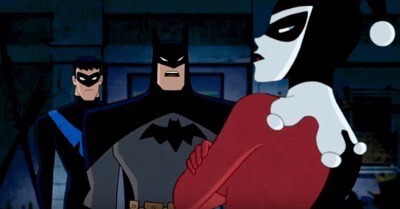 Harley Quinn even puts the moves on Nightwing, sure he puts up a little bit of resistance but who wouldn’t fall under Harley Quinn’s spell? To be honest, this is really Harley’s film, she’s quite the scene stealer and she even pushes Batman to the sidelines in many respects. It’s an interesting take of the character and very much a cross between Bernadette from Big Bang Theory which Rauch is best known for and the attitude of Catwoman from Batman Returns. It’s a great mix actually and I enjoyed per portrayal quite a bit. 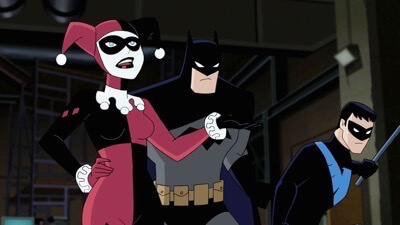 Batman and Harley Quinn arrives on Blu-ray in an excellent transfer thanks to Warner Bros Home Video. Animation has always been the medium for high definition and here the picture quality is outstanding. The film has a more muted color tonally and when it transitions to lighter colors they really pop. It suits the story well and actually allows Harley’s personality to shine more and stand out.

A Sneak Peak at DC Universe’s Next Animated Movie – This film is Batman: Gotham by Gaslight.

The Harley Effect – This is a great look at the character’s history and backstory.

Loren Lester – In his Own Voice – a look at the man who does the voice of Nightwing.

2 From The DC Comics Vault: Batman: The Animated Series “Harley and Ivy” and “Harley’s Holiday.”

Finally, there are four trailers for other DC properties. 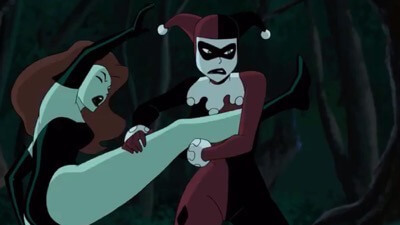 There really isn’t another character like Harley Quinn and she continues to gain in popularity. This is a different take than the one in Suicide Squad, but very faithful to the material, and I liked the more lighthearted Harley. It’s a shame that the special features on this film were basically just ads for other DC properties. It would have been great to see some other behind the scenes features, because this was quite an enjoyable film. I recommend checking it out!

Batman and Harley Quinn is out now on Blu-ray!