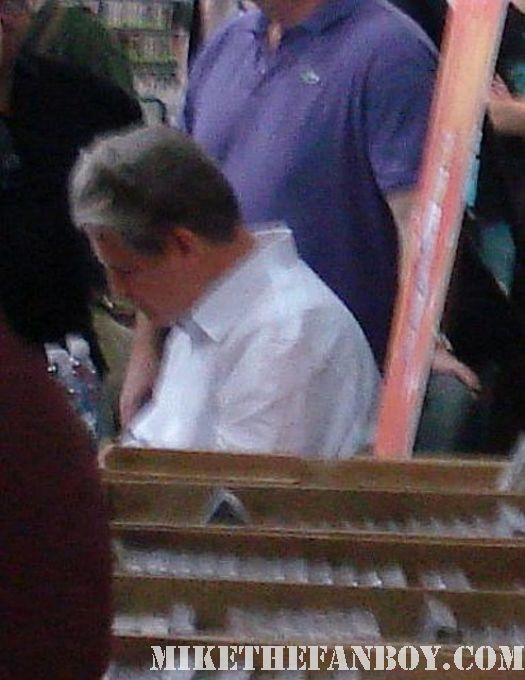 On a sunny Tuesday morning hundreds of people braved the congested Los Angeles traffic to meet a legend. Musician Brian Wilson was signing copies of his new cd, “That Lucky Old Sun” at the Amoeba music in Hollywood, CA. It was a rare opportunity to get memorabilia signed and meet the man was the lead singer of The Beach Boys.

8:35 a.m. – I finally arrive at the Amoeba. Damn L.A. traffic. Surprisingly, the line isn’t very long. Maybe 100 people or so depending on how many people are crowded together. A very unique mix of people, but mainly men and women in their mid -40’s. The signing starts at 10:00 a.m.

8:36 a.m. – Some people have great memorabilia they brought. I see an original Beach Boys poster, a guitar, and lots of very unique items. Very cool. I was told at 10:00 a.m. we can buy the new album and get that and one other additional item signed. The signing ends promptly at noon.

8:39 a.m. – There are a few people in line behind me now. Still not as many people as I would have expected. I’m hearing some strange sounds coming from the man behind me. He can not be clipping his fingernails. No. Who would do that?

9:01 a.m. – Wow, there are only 10 people behind me in line, besides nail clipper boy. For an icon of this magnitude, I’m shocked there are not more people lined up.

9:27 a.m. – Okay, one thing I love about Amoeba signings is that they are usually well organized. This one is no exception. The store is letting us in early, so we can buy the cd/lp (I bought mine early so I got to jump ahead in line.. HEH HEH HEH). I got to move up so I’m about number 40 in line. 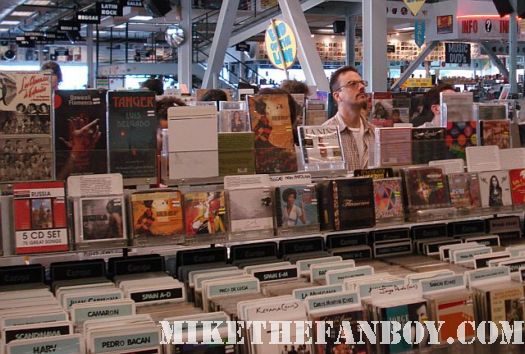 9:33 a.m. – The Amoeba staff said that we might be able to take pictures with Brian. How cool. It’s just ironic that there are only about 250 people here when there were like 800 for New Kids on the Block! WTF! 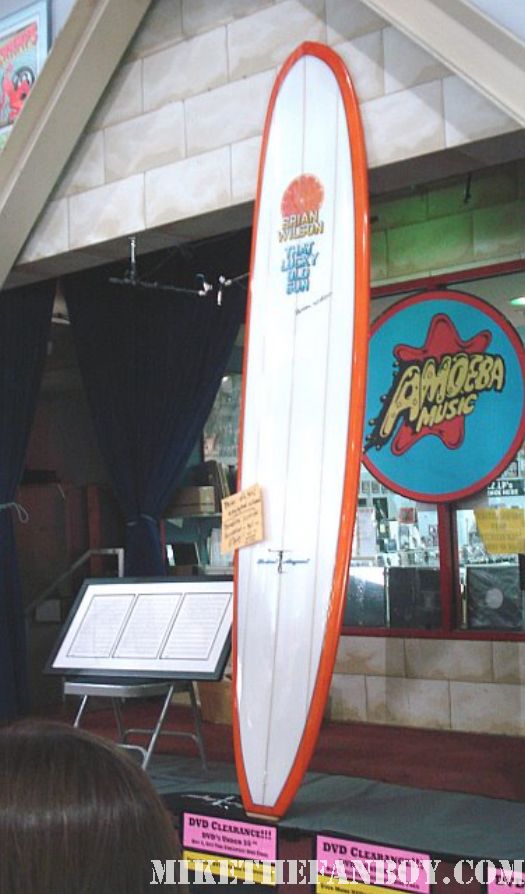 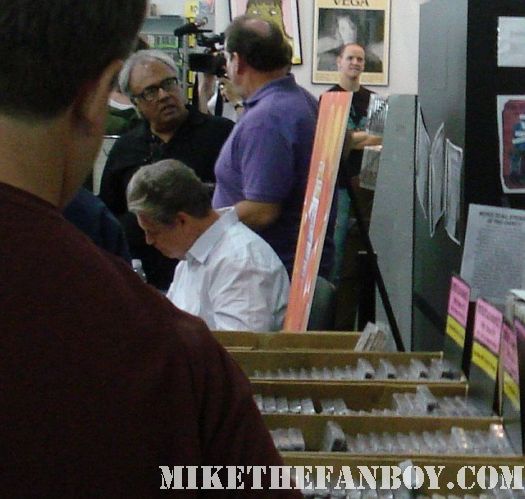 10:26 a.m. – The line is moving rapidly now. He’s just zipping through everyone!

10:39 a.m. – I get to meet Brian Wilson! He was very… interesting. His people were very nice and personable, but the legend himself didn’t look up from the table and did not engage anyone in line. I know he has had his fair share of issues so I don’t hold it against him. Overall, it was a rare treat to meet a living legend, and a very rare opportunity! I got my “Smile” promo poster signed and the “That Lucky Old Sun” LP signed as well. Very cool!

originally published by Mike Sametz as Mike Gets Around on www.mishmashmagazine.com