Home / Fanboying! / JM is a Beach Bum After Meeting Matthew McConaughey! Harmony Korine! And More! Q and A Goodness!

It’s showtime! Life has a funny way of surprising you sometimes. It’s been a hot second since my last celebrity encounter as they’ve been few and far between. However, one of my recent encounters was too much fun I couldn’t resist recapping.

A few weeks ago, Harmony Korine followed up his cult classic “Spring Breakers” with his equally entertaining “The Beach Bum,” which features an all-star cast with Matthew McConaughey, Snoop Dogg, Isla Fisher, Zac Efron, Martin Lawrence, Jonah Hill and Jimmy Buffett. As the titular moniker suggests, poet Moondog (McConaughey) is a burnout and a charismatic character, whom everyone enjoys his “Beach Bum” personality despite the local legend constantly getting himself into various hijinks without a care in the world.

Now I could certainly go on and on about the movie, but let’s get to the good stuff. Check out “The Beach Bum” if you want to enjoy a cult classic comedy. For the past few years, Harmony Korine has resided in Florida and doesn’t come out to the West Coast that often so I figured he would probably be promoting the film. Unbeknownst to me, “The Beach Bum” was not doing a limited release through Neon like how A24 slowly released “Spring Breakers,” but did a wide release of a 1,000+ theaters. Fortunately, it was announced Korine would be doing a Q&A for the film opening weekend and if that weren’t enough, Matthew McConaughey would be joining him.

Suddenly, leading up to opening weekend several more Q&As were added with Harmony Korine appearing all over Los Angeles and Matthew McConaughey joining him at a few. Additionally, Stefania LaVie Owen, who plays Moondog’s daughter, was appearing as well throughout town. Initially I was disappointed as this might leave a sour taste depending on how people reacted after each screening, but immediately dismissed the notions. I was prepared to have fun as I’ve eagerly been anticipating the film since it was first announced during pre-production.

As the day approached I was pumped and even dressed up for the occasion with Hawaiian shirt & board shorts. At the theater, they actually had a cool lobby display of costumes used in the film and one of the vehicles used for the film displayed in the courtyard. 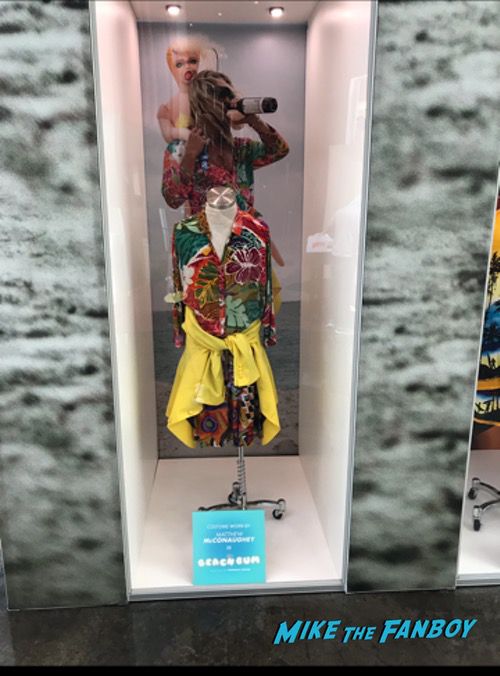 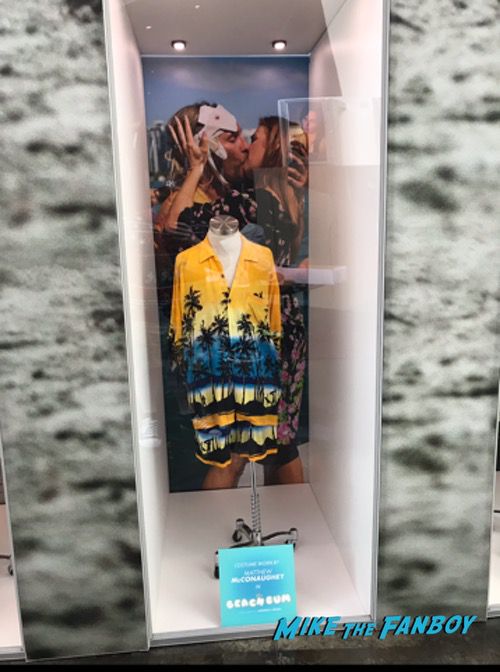 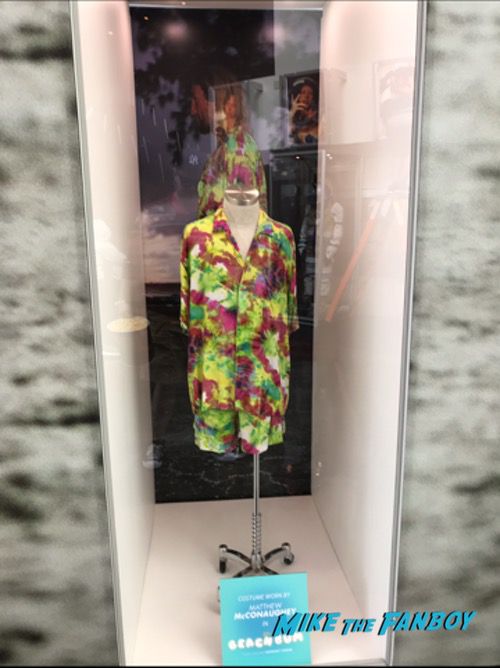 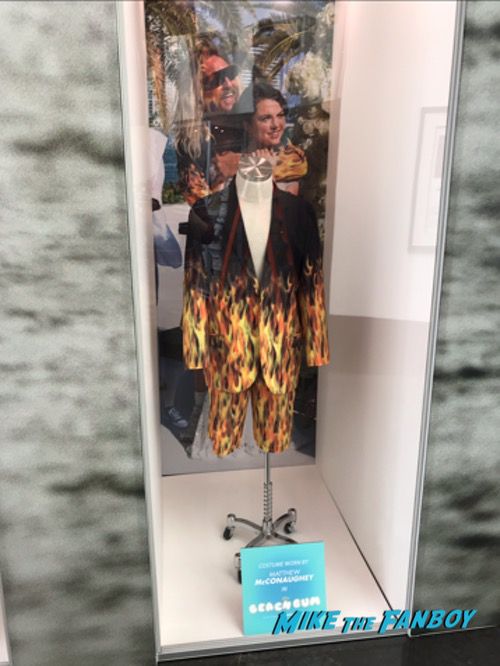 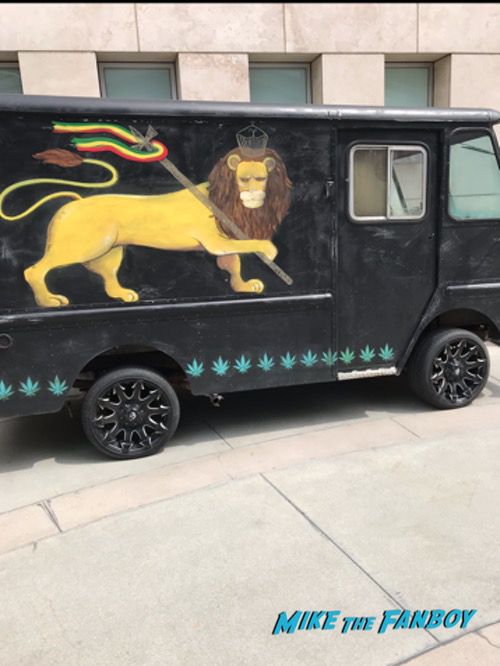 Before the screening we were reminded about the Q&A afterwards and everyone was pumped since McConaughey was highlighted. When the credits rolled, it was certainly a mixed reaction for the film, but I loved every moment of it and was actually singing along to the soundtrack when I noticed something out of the corner of my eye- Harmony Korine in a sailor hat hanging out. Not only that, but Jonah Hill was also hanging out with Matthew McConaughey joking around right by my seats.

Now I know Mike is a HUGE Jonah Hill fan so I won’t discuss him too much, but that was a cool last minute surprise. During introductions, Harmony was introduced first and then both Jonah Hill & Stefania LaVie Owen were introduced rapidly before McConaughey was introduced, which was the primary reason most people were there gauging by the audience. During his intro I did the “Moondog” bark, which caught Matt’s ears and he looked me in the eye with the “Alright Alright Alright” look of approval while walking to his seat. That alone made my day!

During the Q&A, the moderator thanked Jonah for his surprise appearance as he was actually driving by the theater and popped in because he literally managed to snag a parking spot outside the theater-Such an LA thing, but so true! 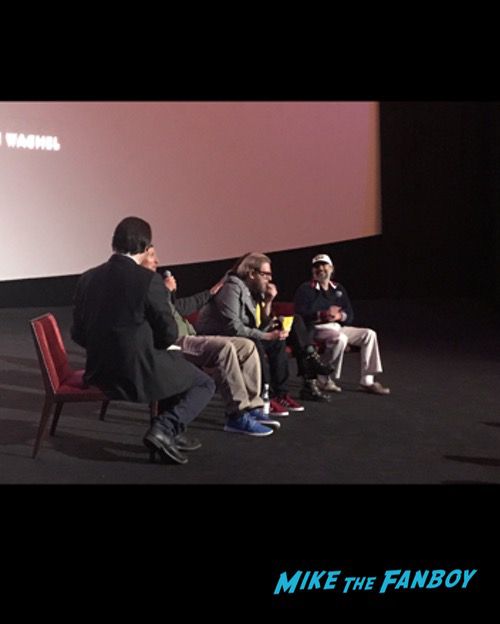 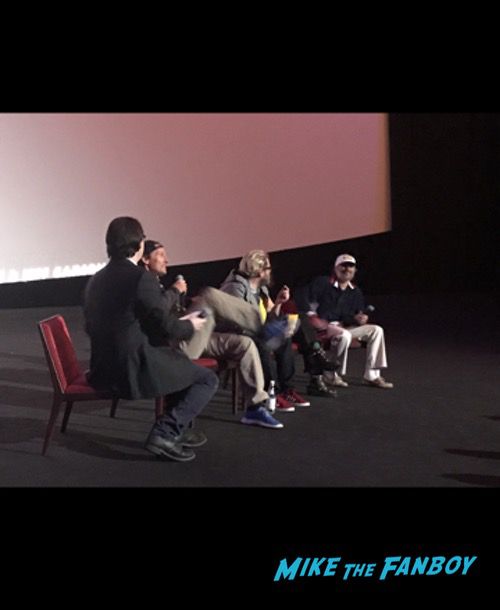 Honestly, the Q&A was a fun flurry of comments from everyone enjoying each other’s company that it really blended together in an awesome and amazing way. 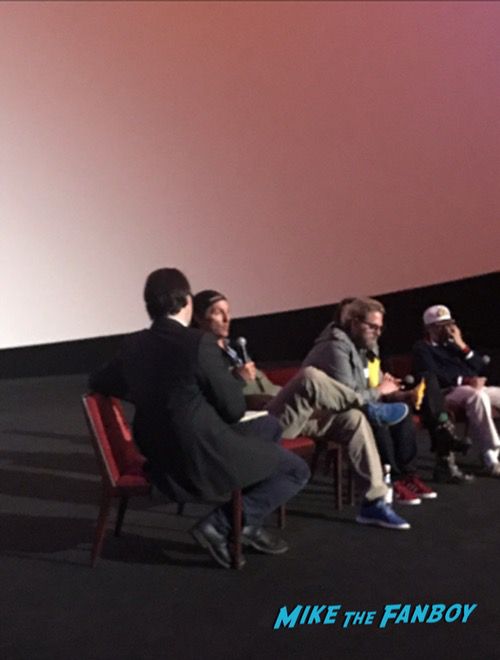 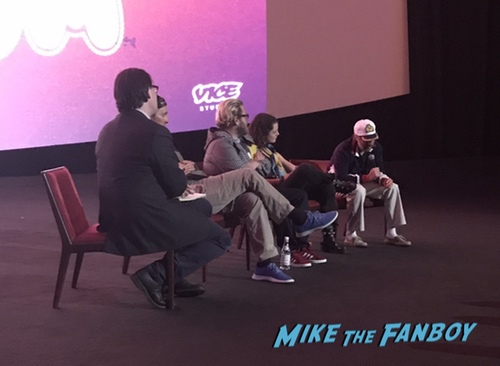 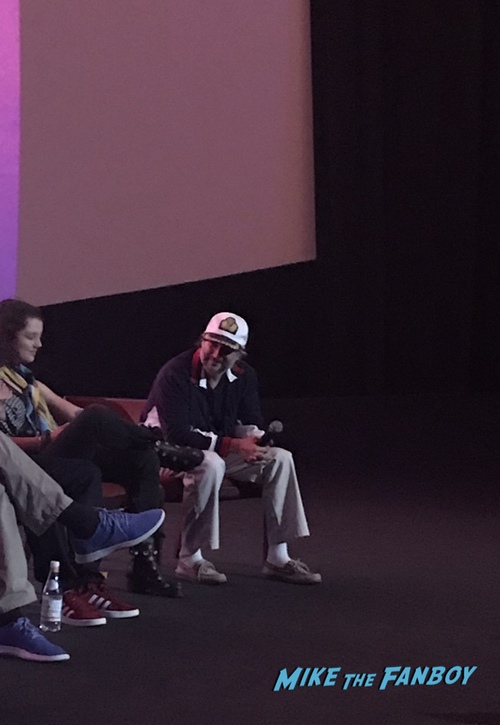 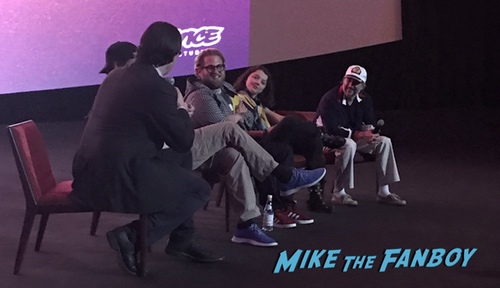 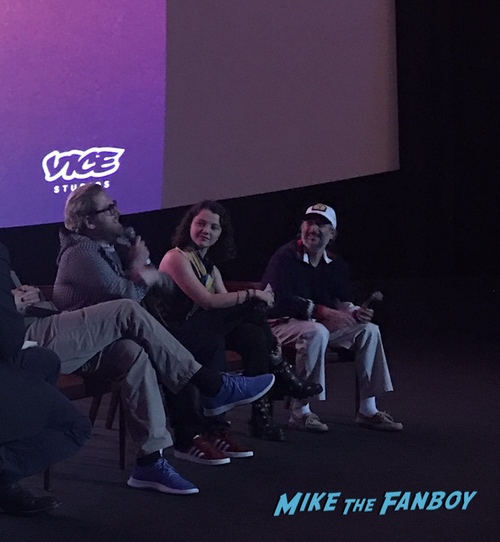 Unfortunately, the moderator kept moving back and forth so I never got a great picture of Matt. Sadly/Thankfully no audience questions were taken and it ended. People went up immediately to Matt and Harmony so I can’t say if Jonah or Stefania signed inside.

Now I have a ton of “The Wolf Of Wall Street” collectibles and debated what I should bring or something specific for Matt, but decided I might as well risk bringing my German Lobby card or a FYC script signed already by Jonah Hill being my two primary choices. I decided to leave the script behind and brought along a Hollywood Reporter magazine in case I was able to convince my friend to help me.

Matt started signing away and I managed to get one of the first autographs with a beautiful signature. Luckily I brought the lobby card as he was signing in a silver pen and I thanked him. Unfortunately, my buddy who had my magazine got lost in the mix. I caught up with him shocked considering how “hit and miss” Matt has been with previous fan experiences I’ve heard. My buddy said, “Why aren’t you going up to Harmony? Remember he does live in Florida now!”

With his push I caught up with Harmony who was having a blast talking to fans and despite his handler/publicist trying to usher him out gladly greeted everyone approaching him for pictures and/or autographs. I managed to get him to sign a vintage “Hobo Magazine” which features him and his wife Rachel (Co-starred in “Spring Breakers” on the cover). I told him how much I loved the film and saw it already twice that weekend, which made him smile a lot. I also managed to get him to sign my copy of “Spring Breakers” when he switched pens and thanked him again.

While joking about what transpired with my friend, we’re walking around the building to the parking structure when we have a celebrity showdown. Across the courtyard, we see a gentleman with several security guards surrounding him and we see him sign a quick autograph. It dawns on us- Jonah Hill. Unlike some people at MTF I’ve always had great experiences with Jonah despite his autograph getting worse by the year. Instead of bothering him I just yell out “Mid 90s ruled” which he gave me a smile and a thumbs up. Overall it was a very fun night and couldn’t have asked for a better evening. 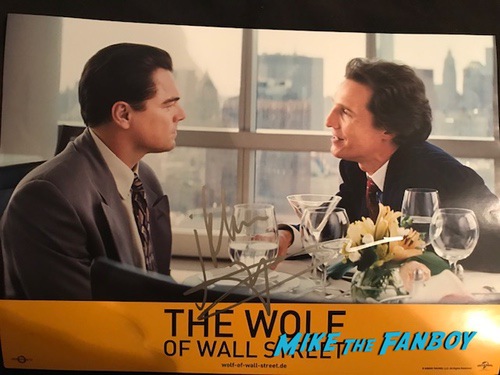 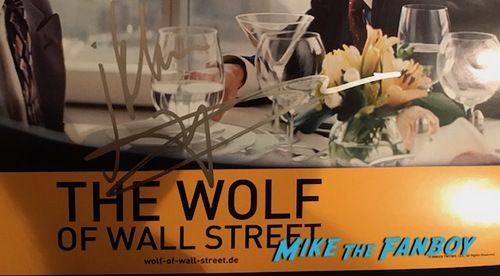 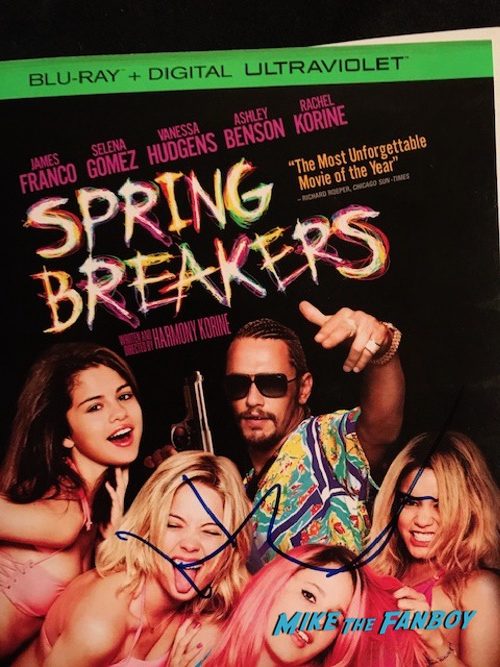 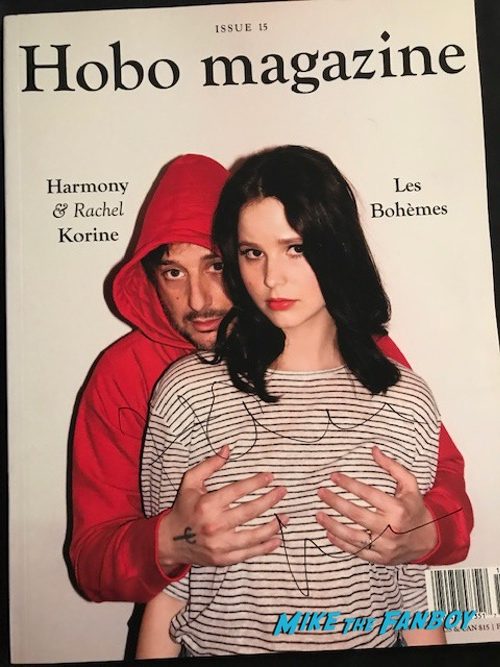