Home / Conventions • The Lovely Erica • TV Heartbeat / Beat the Genius of Da Vinci’s Demons at NYCC!! A Photo Gallery of Tom Riley’s Attempt to Stump Fans! A First Look at the Third Season!

Have you ever thought that you were smarter than one of the greatest minds in human history? Well a whole bunch of Da Vinci’s Demons fans lined up to take on star Tom Riley at New York Comic Con (NYCC)! 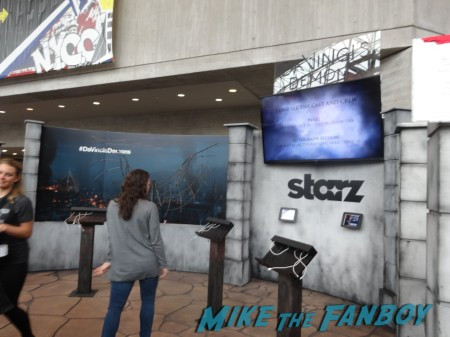 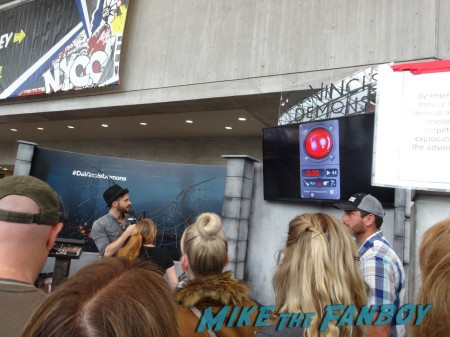 Not only is Tom a great actor, but if you’ve heard him speak in any interviews or during any panels, you know that he’d be a terrific host for this event. Funny, quick-witted and lots of fun, he took the pressure off of the fans. 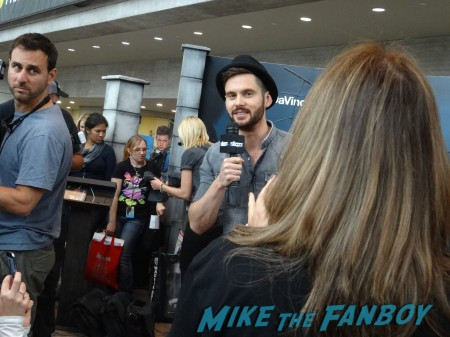 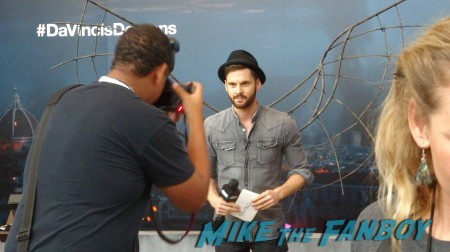 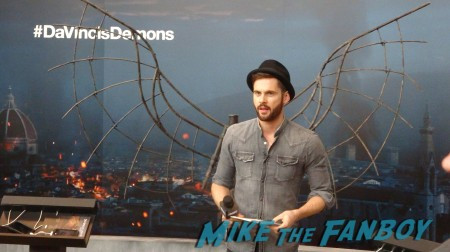 Our own Elisa in the Big Apple took up the challenge to see if she could beat the genius! (After blanking for a quick second, she was up to the challenge.) 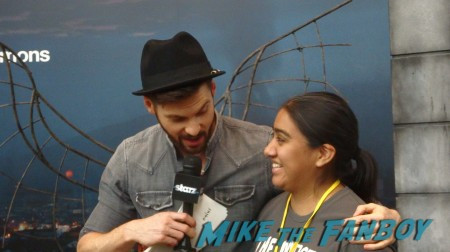 Here’s a look at the whole event and Tom’s incredibly expressive face! (And I loved the hat…) 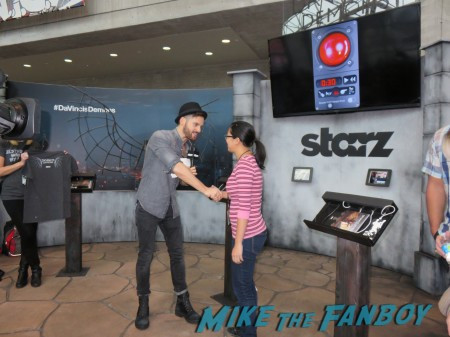 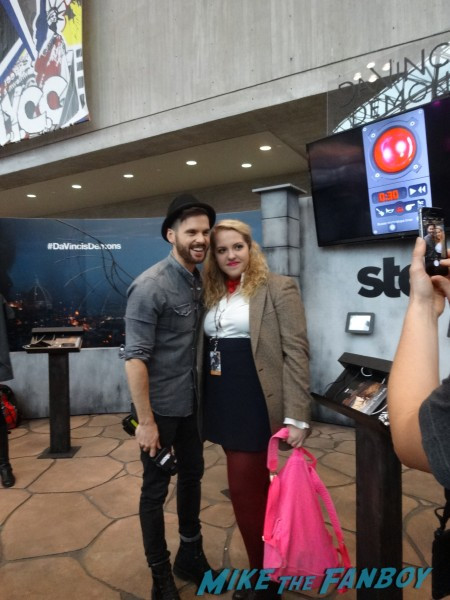 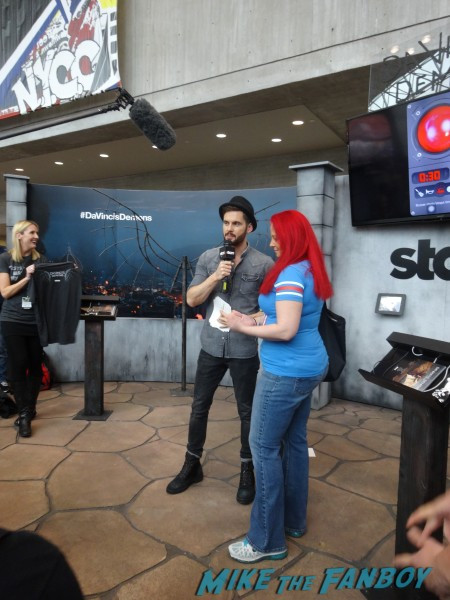 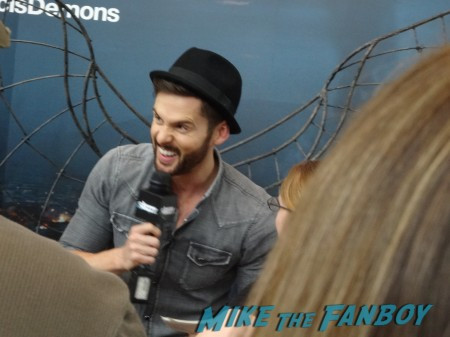 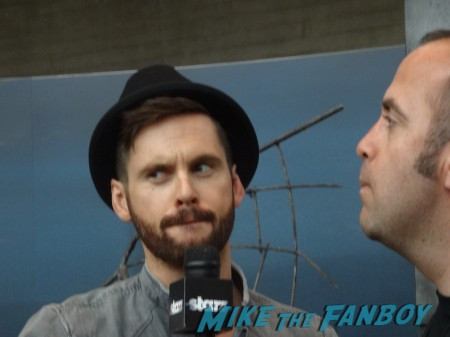 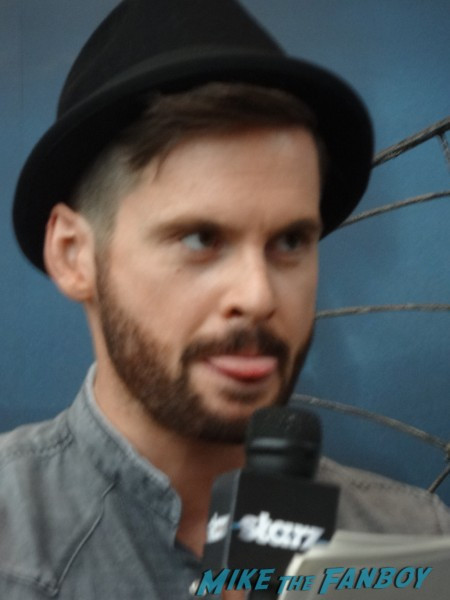 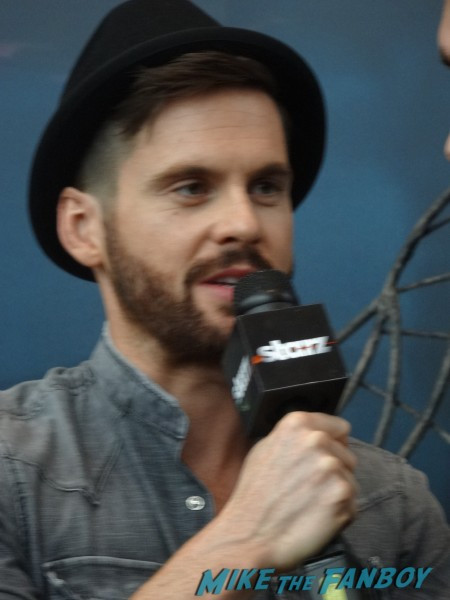 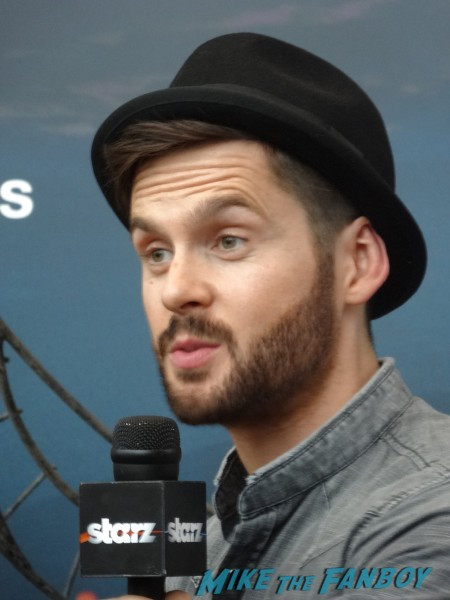 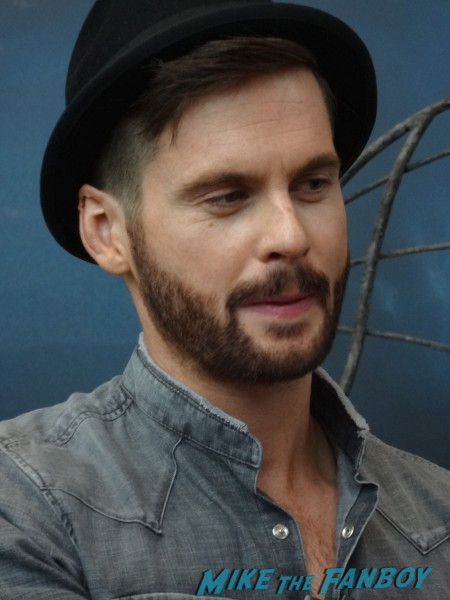 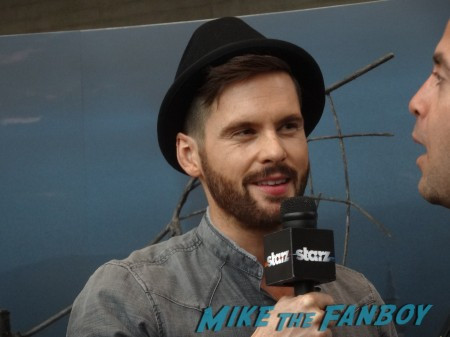 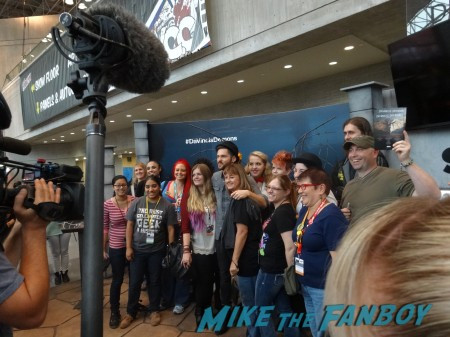 Tom and the rest of the cast and creators of Da Vinci’s Demons also held a lively panel where they talked about season three and the upcoming Ottoman invasion of the city of Otranto. Here’s a first look at season 3 which starts next year on Starz! 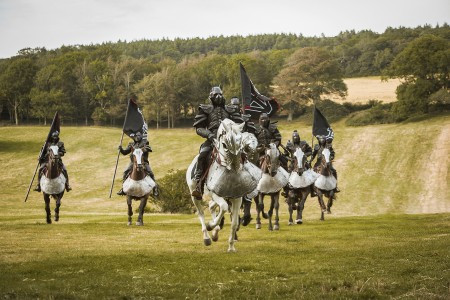 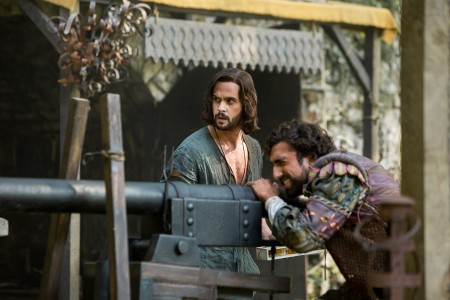 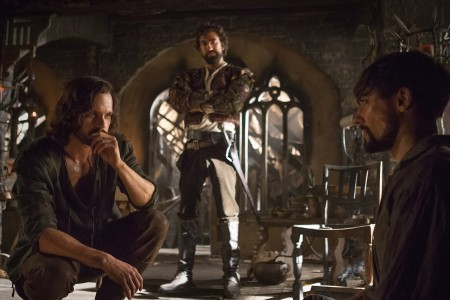