It’s a tale as old as time…

There are few films you can truly call modern day classics, it takes a certain amount of staying power to reach that status. I don’t know what it takes to become a classic or why certain films get that moniker, what I do know is that Walt Disney’s Beauty and the Beast definitely qualifies. If hard pressed, I bet pretty much everyone can named the place and time that they saw Beauty and the Beast for the first time. 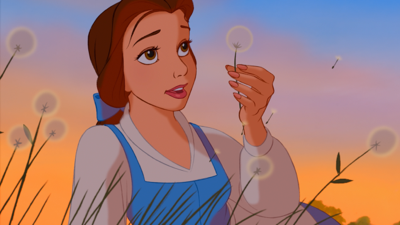 For me, I remember introducing the film to my sister when she was young. The songs are still burned into my brain from how much she listened to the soundtrack. Now, Beauty and The Beast: The 25th Anniversary Edition is out on Blu-ray. This is the third release of the film following the 2010 Diamond Edition and the 2011 3D Diamond Edition. 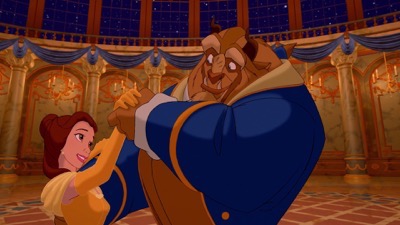 Beauty and the Beast is timeless in the way the animation is presented and hand drawn. It’s calls back to the original Disney classics like Snow White and Sleeping Beauty, while presenting the “tale as old as time” is a modern way. This Belle (Paige O’Hara) is a modern woman, who wants nothing more than to be educated and self reliant, unlike the Disney Princesses of yore who wait for their prince to rescue them. Here it’s the Beast (Robby Benson) who needs the rescuing. He’s alone and his anger and bitterness have hardened his heart, to the point that he was cursed, as well as his staff unless he can fall in love and get someone to fall in love with him in his current form. 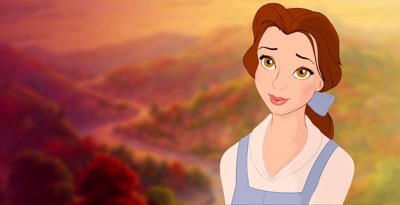 The interesting thing is that the story of Beauty and the Beast isn’t your traditional Disney fare. Besides the above, it would have been simpler if the Beast simply was misunderstood or perhaps lost a love and became embittered. Here, he really is shown to be a tragic figure and someone who has become a victim of his own seething anger and resentment. It’s a very complex relationship and that contributes to the overall quality of the film itself. 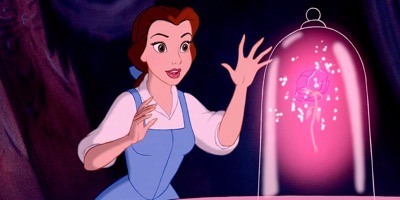 Belle is stuck in the Beast’s castle and all of his staff have become living inanimate objects, they need Belle to break the curse to save themselves but they understand the difficulty and the stubbornness that lies at the heart of the Beast. They really are the last good parts of the man the Beast once was brought to life to help woo Belle into looking beyond the gruff exterior. 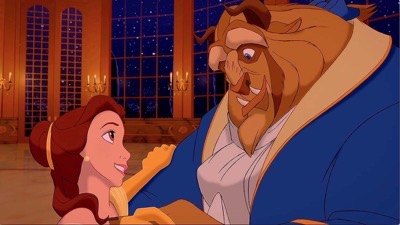 Of course every film needs a villain and we get one in the form of Gaston (Richard White). He’s a pompous, arrogant man who only wants Belle to love him because she doesn’t care about him and his machismo. She sees through his facade and he hates her for it. Which is why he is dead set on going after the Beast at the end. 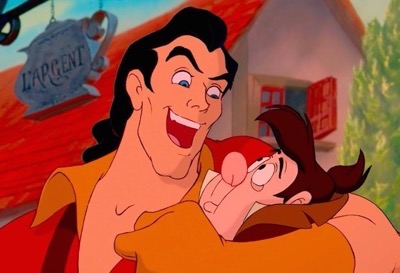 You don’t get stories as rich and layered like that often and while animated films as of late have become more complex, this was one of the first times that animation was brought into the modern age. The songs will stick with you for years to come and families will continue to introduce this film to their children for generations. 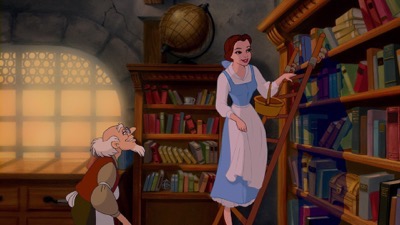 Beauty and the Beast: The 25th Anniversary Edition has the same transfer as the original Diamond Edition had and with good reason. This transfer is exquisite. It’s quite literally like watching the film for the first time. The colors sparkle and the depth in the picture quality is outstanding in high definition. I was honestly blown away, the colors are so rich and vibrant it’s hard to remember watching this film back on crummy old VHS. The fine details are so sharp and clear it’s incredible. 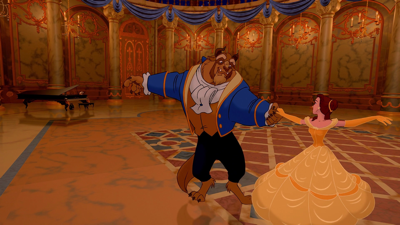 Three different versions of the film. The first is the Theatrical Edition, which is the one released in theaters. The Special Extended Edition has about seven minutes added into it and finally the Sing Along version, which is done with the theatrical cut.

There are supplements included on this disc and also some that are digital only. I personally hate the digital only supplements because I like all my special features in one place. That’s a big sticking point with me to be honest and I see studios going this way more and more and I don’t like that they are doing this.

The special features on the disc include:

Always Belle – Paige O’Hara talks about being in the film and being Belle as well as her performance background.

Menken & Friends: 25 Years of Musical Inspiration – Robert Lopez, Kristen Anderson-Lopez, Lin-Manuel Miranda, Stephen Schwartz, and Alan Menken get together and perform some songs from the film and remember working on it.

#1074: Walt, Fairy Tales & Beauty and the Beast – This is a look at how Walt Disney impacted the film by traveling to Europe as well as the early days and inception.

The Recording Sessions – This is a very short feature on the recording of the audio.

25 Fun Facts About Beauty and the Beast – This is a cute feature talking about facts you might not have known watching the film.

Beauty and the Beast Sneak Peek – This is a look at the new live action film coming soon.

Song Selection – Available on the sing along edition of the film. Fans can skip right to their favorite songs.

Audio Commentary – This is for the Extended Edition only. Kirk Wise and Gary Trousdale, the Directors along with Producer Don Hahn, and Composer Alan Menken talk about the film and give some insight into the production.

Classic Bonus Preview – This is a short look at the digital features.

Overall, how can you go wrong with a classic staple like Beauty and the Beast. If you have not purchased any of the other versions the film then this is a must buy. The picture quality alone is stunning and will blow you away. There’s enough supplemental material for hard core and casual fans alike, but while you might come for the special features the real star of the show is the film itself. A timeless classic, that will be treasured for generations for come, Beauty and the Beast is a work of art.

Beauty and the Beast: The 25 Anniversary Edition is out now on Blu-ray!