Mr. Grey will see you now…

Chris did an awesome recap so make sure and take a look after the jump!

The first guest to arrive was the director Sam Taylor-Johnson and I was very happy to see that her husband Aaron accompanied her. Both immediately started signing next to each other. I didn’t think of the possibility that Aaron might be there and didn’t bring something to sign for him, which I regret a bit… but he stopped so I could take a picture with him. 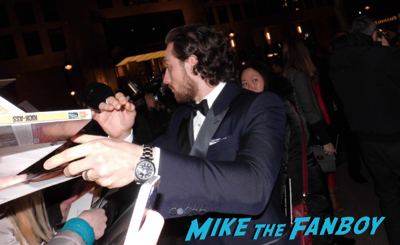 I got Sam’s autograph as well. I think she signed a lot. Aaron pretty much came over for everyone who wanted something from him as well from what I could see. 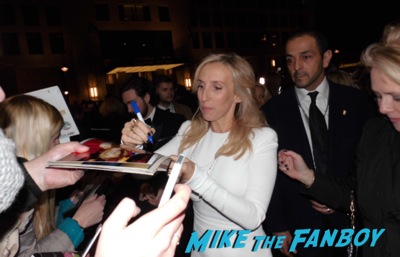 Dakota came over and started signing on our side of the carpet, while Jamie started signing at the barricades across from us. I was worried that this way, I would only be able to meet one of the two. 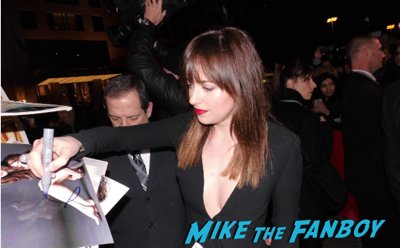 Dakota slowly came closer and she was so nice! She signed literally everything people put infront of her, was really nice about it and signed down pretty much all the barricades. I also got a picture with her, which turned out nicely. I hope she will always stay that nice. 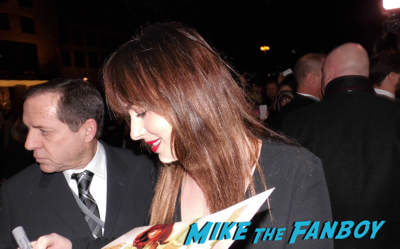 Later, Dakota also signed across from us but Jamie never came to our side. I think he generally signed a lot as well, I just didn’t have luck with him.

EL James, the author of the book signed autographs as well, I probably could have gotten her autograph if I wanted to, but I didn’t really care about getting her signature, to be honest. 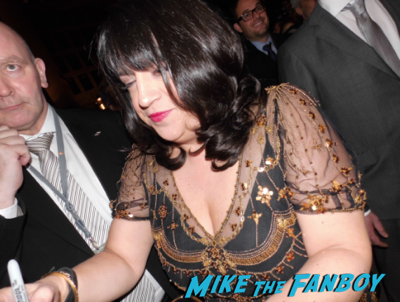 Of course there where lots of fans (and autograph hunters there) but I think the premiere turned out less chaotic then I expected it to. To be honest, it was one of the nicest premieres of this year’s Berlin Film Festival, also thanks to everyone signing up a storm.