Home / NEWS / Roll The Dice! Who Are The Lucky 7? The Best Celebrity Gamblers Right Now!

When you’re thinking about the lifestyles of the rich and famous it’s not surprising that so many A-listers are attracted to the glamorous world of casino gambling. For a start, to get this far in life it takes a certain risk-taking personality. Add huge reserves of cash, plus the chance to perform and impress in front of other casino users, and it’s a real no-brainer that the celebrity gossip columns are filled with stories of wild nights out at the roulette wheel or the poker table. 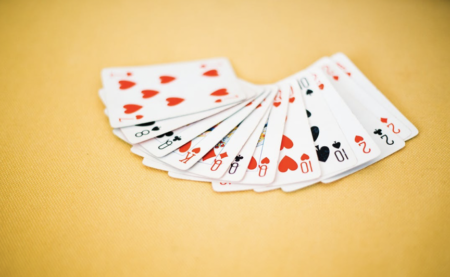 Some even use it to enhance their personal profiles. For example last year that uber-celeb Kim Kardashian hosted a charity poker event in LA that not only brought out many other members of the family but also attracted a glittering guest list including January Jones, Meghan Trainor and David Arquette.

But these are really only dilettante gamblers compared with the seven that we’ve lined up here, all of whom have made quite a mark in their own particular ways. As to which one of them is the best of all, we’ll leave that decision to you.

The actor who first made his reputation as that ultimate of casino-dwellers, James Bond 007, has proved himself to be pretty nimble around the roulette table himself, not to mention being unbelievably lucky. For proof of this one only has to look at a visit he paid to a casino in the Italian Alps in 1963. He decided that 17 was going to be his number for the night, even though it failed to come up for the first two spins of the wheel. But he persisted and it paid off as the ball dropped into the 17 not once, not twice but three times in a row, netting him a very appropriate 17 million lire in winnings. 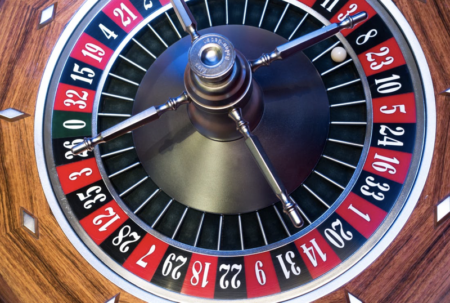 A film and TV star of a very different kind is also no stranger to high stakes casino games. The former Baywatch babe is reported to be a regular visitor to some of the glitziest of Vegas casinos where she’s shown great bravery in her gambling. The most that she’s lost in a single session has been a jaw-dropping £250,000 in a poker game against Rick Salomon. It’s also rumoured that part of the bet was that she agreed to marry him too. This, however, wasn’t a success and her (first) marriage to the film producer lasted only a couple of months – though they did re-marry in 2014, divorcing a year later.

In the unlikely event that you’re ever challenged to a game of poker by the Spiderman actor it might be wise to decline. He’s been tutored by one of the world’s best poker players, Daniel Negreanu, and is said to have won over $10 million in high profile tournaments. Texas Hold’em is his game of choice and he’s built up quite the reputation – but his gambling has led to a little trouble for him in the past when he was involved in an illegal LA gambling ring overseen by celebrity fixer Molly Bloom. He’s renowned for being a sore loser – another reason to avoid him at all costs!

Another actor to watch out for on the professional poker circuit is Jenifer Tilly. Despite having a long list of film and TV credits ranging from Monsters Inc. to Family Guy, she’s followed in her father’s footsteps by becoming a very successful cards player. Her big breakthrough came in 2005 when she competed in the World Series of Poker and beat 600 other players to win $160,000. Fast forward to 2017 and her career winnings had increased to $992,000. She’s also keeping it in the family by being the partner of poker pro Phil Laak, a relationship she’s been in since 2004

Like his life, Ben Affleck’s gambling career has been a series of peaks and troughs. The high points include winning a poker championship in 2004 which brought him an impressive $350,000, but three years earlier he had reportedly lost $400,000 on a single hand. Turning his attention to blackjack, he’s said to have gambled $60,000 in a night but walked away with $800,000. Perhaps his most notorious exploit, however, was being banned for life from the Hard Rock casino in Las Vegas for using card counting to gain an unfair advantage. But some casino staff are always pleased to see him as he’s reputed to be a very good tipper when he wins.

It’s said that Tiger Woods, comeback king of the golf world, is as keen on the brightly lit interiors of the casino as he is of the wide-open spaces of the 18th hole. Blackjack’s his game of choice and he’s been known to have $25,000 riding on a single hand. One Las Vegas casino is also rumoured to have a $1 million limit on his account. But when you’re said to be worth $800 million it’s likely that your credit is good.

The seventh, and final, member of this exclusive group is the Two and a Half Men star and member of the famous Sheen/Estevez acting dynasty. At the peak of his gambling activity Sheen was said to have been getting through $20,000 a week at the casino and on sports betting. There’s even a rumour that he felt an irresistible urge to stop at the casino on his way to the hospital missing the birth of his first child.