Todays Fanboy Fail Friday, is a tragic tale… A tale of sadness… Despair… and Bette Midler.

Bette was doing a talk show and I really had misgiven high hopes that she would stop on the way in or out. I’m not sure why, because I know, she’s not a nice person. I mean, it’s known. It’s talked about, it’s just out there.

I thought, okay… this might happen right? It’s almost Christmas, why not?

Scotty and The Other Mike are here and on the way in we only saw Bette at the last second. Literally… The last possible second and it didn’t happen. Billy Beer also came just to help me out which I thought was super cool of him.

After the show, Michael Buble was leaving, it was madness, Karalee arrived and I was so into the moment I didn’t say hi, all I said was, “Oh thank God, you can help me!” I’m a horrible person. 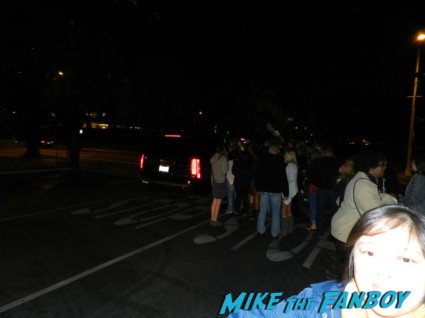 Karalee got her photo flop with Michael Buble and he was nice enough to stop for a while for the fans. And still no Bette Midler. 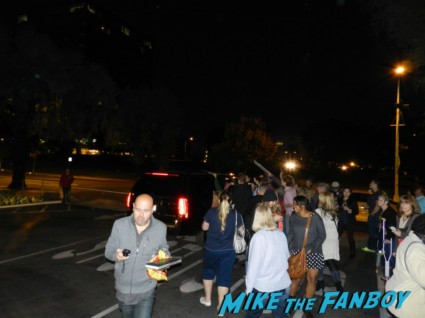 Most everyone had left by this point, there were about 10 people waiting for Bette Midler.

We see her car, and she turned her back to us so she didn’t have to look our way. Ugh…

And yes, she saw us, we saw her, and her publicist saw us as well. Sooo… Yeah… Someone’s reputations precedes her.

BUT here’s the thing that pisses me off…

On the same show she dissed people at this is a quote she said..

“I used to be so monstrous when people asked me for an autograph. I used to shriek at them. But my friend said you’re spending so much time being horrible, just be nice! So I’ve been nice for years!”

Now, come on… How can you say, you’re nice when 15 minutes after you say something like that you diss a small group of fans who have waited hours for a quick autograph? Really? 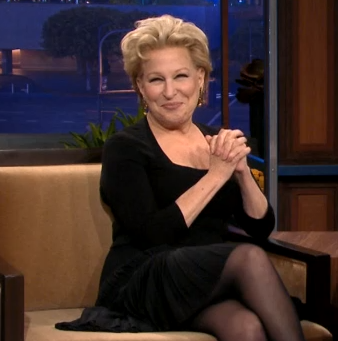 That just pisses me off to no end. First off, I don’t know why you would be so horrible to begin with, that’s a whole other conversation, but let’s be real you’re in show business people are going to want an autograph or photo. It’s just what happens.

People never cease to amaze me.

That’s the hashtag of the week!