Better Call Saul is one of the best and most interesting shows on television today! 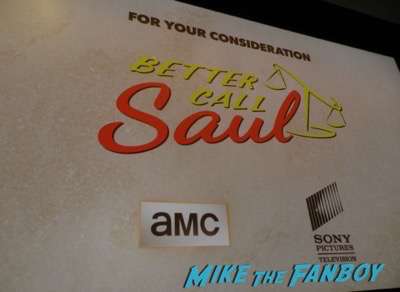 The panel was really interesting and was preceded by a screening of an episode from season two.

When talking about the series and Jimmy McGill in particular Rhea Seehorn had some definitive words to say about Jimmy.

“She’s not delusional, he is a great lawyer, there’s that amazing scene in episode one… The lawyering is expert and it makes the show more interesting that he’s not a clown that barely got by and so is Kim.” said Rhea Seehorn, “There’s a truth and a candidness between them.”

Bob Odenkirk added to that conversation, “Honestly, how great is Rhea Seehorn?” 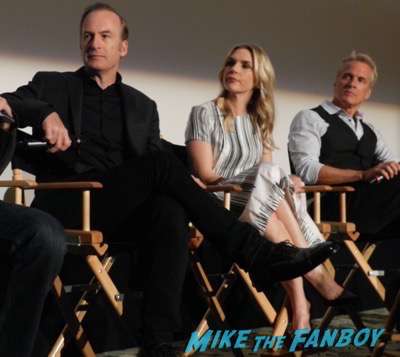 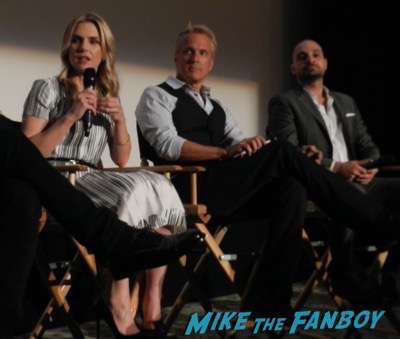 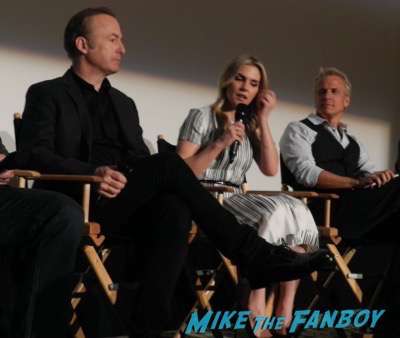 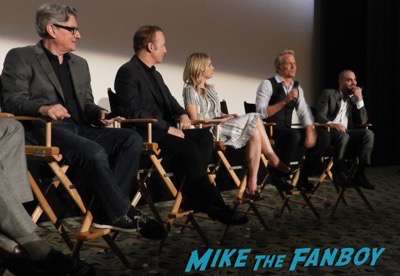 “Howard likes Jimmy and is affectionate to him but isn’t a good enough lawyer to be with HHM.” mentioned Patrick Fabian. “It’s the best he can do to help him out but not be personally on the hook.”

It’s interesting to note that people either see Jimmy McGill or they don’t, meaning they know what he can do, or what he can’t.

“I think this season for Nacho, is a coming of age arc.” Said Michael Mando, “I think what he (Nacho) thinks is that if he steps aside, someone else will come along. But he has to start making responsible decisions for his own destiny.” 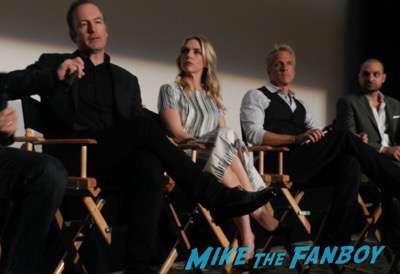 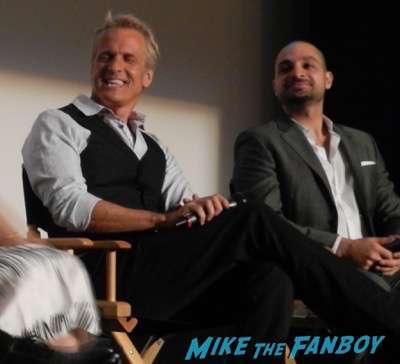 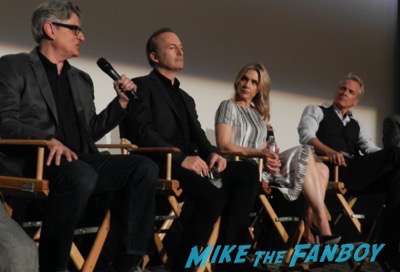 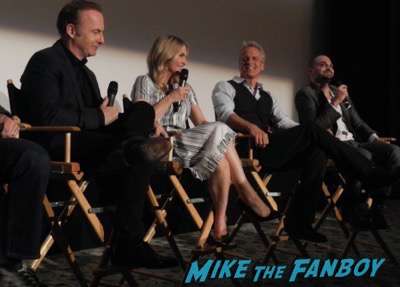 Talk turned to the beginning of Better Call Saul and the pilot.

“What struck me about everything and continues to, is what a multi-dimensional character he is and how well written it is.” Bob Odenkirk went on to say, “Part of this is, Saul Goodman is a front, the first time you meet him, he tells Walter White, this is a fake name, etc… At the same time, this show is a different thing. It was really neat. It continues to surprise me.” 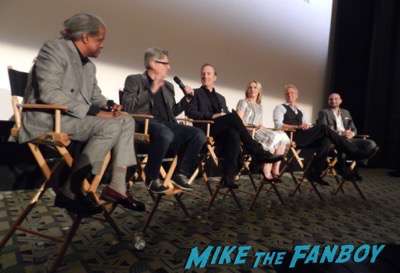 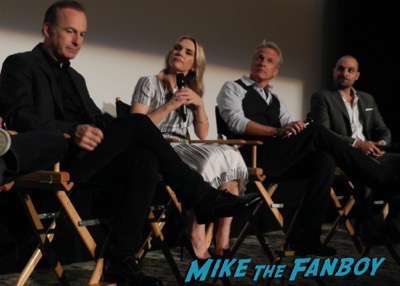 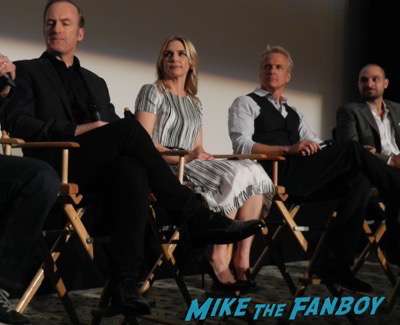 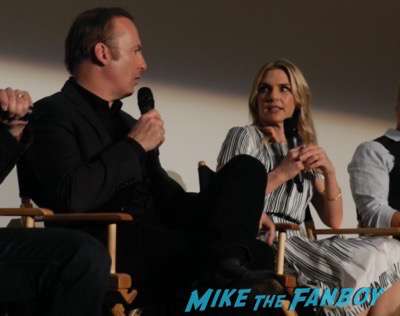 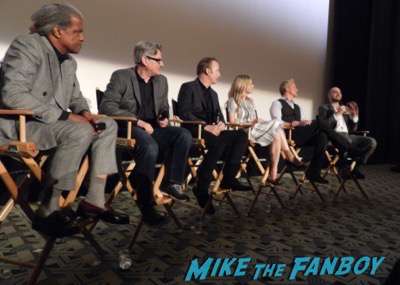 After the panel, the cast was so generous with their time. I had a couple cast posters and a Pop Vinyl for Bob Odenkirk. He was so cool. He literally stayed and posed with everyone who came up to him and he signed pretty much everything as well. 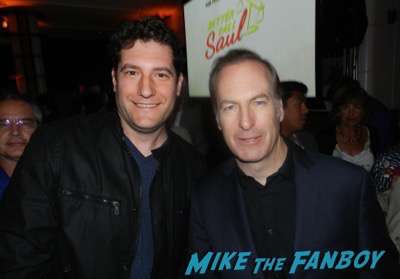 Then Patrick Fabian, who I will always love from Veronica Mars was super cool as well.

Rhea Seehorn was a sweetheart! 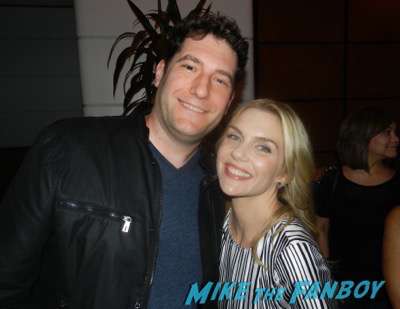 And finally Michael Mando is one of the coolest cats around. 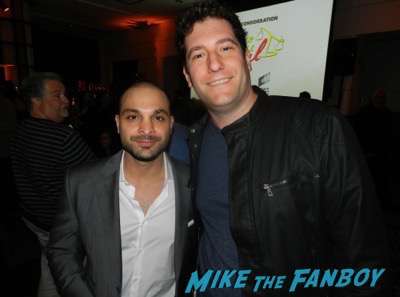 It was a such a fun night! 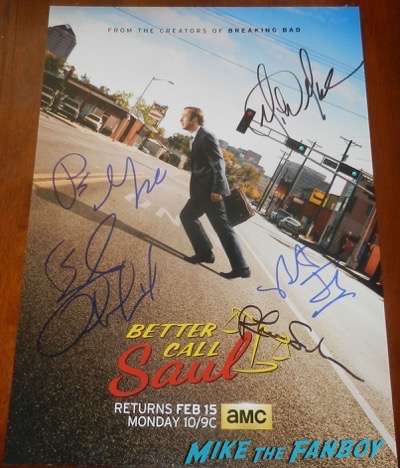 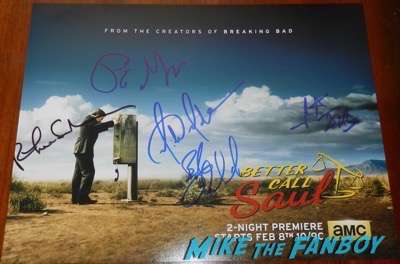 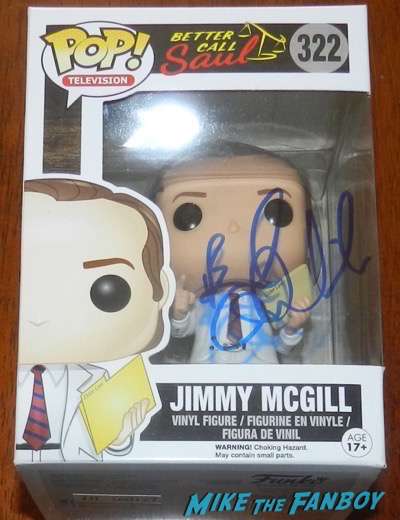