There are shows, that carry such high intensity buzz that it’s almost impossible to live up to it. One of those shows is Better Call Saul. A spinoff of Breaking Bad, Better Call Saul has not only lived up to it’s predecessor but it’s really added a whole new dimension to the Breaking Bad saga. 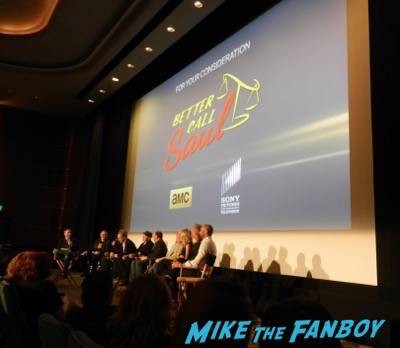 I was fortunate enough to attend a rare screening and q and a with the cast of Better Call Saul. On the panel was Bob Odenkirk, Peter Gould, Thomas Schnauz, Jonathan Banks, Michael McKean, Rhea Seehorn, Patrick Fabian, Vince Gilligan and Michael Mando. 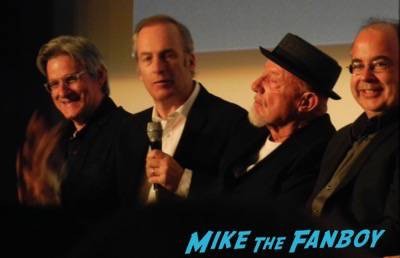 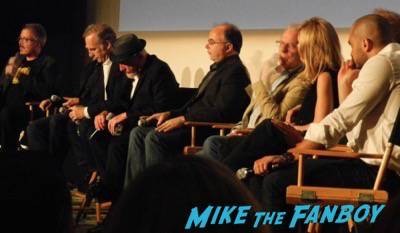 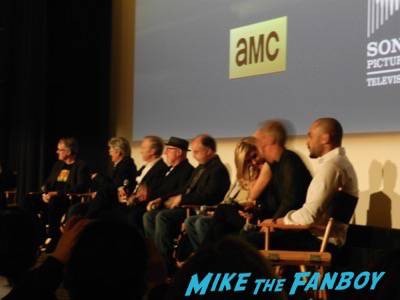 The panel was lively and a lot of fun. Vince Gilligan knows how to work a room, and after being a part of two hugely successful series, The X-Files and Breaking Bad he clearly has a lot of fan love.

Vince said that the “Folks who watch this show, they deserve to be rewarded for their strict… close attention.” 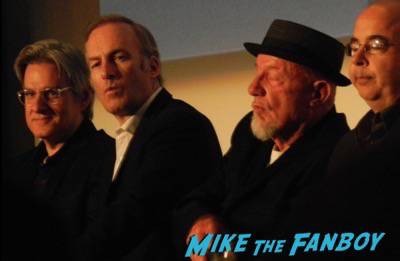 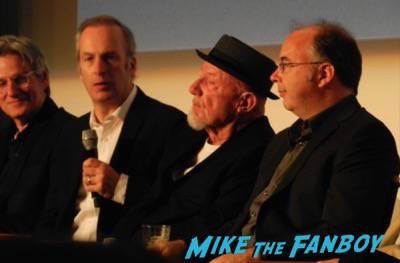 He said that they want to make sure and tie everything into the original series and give fans what they want. However, he wasn’t in a hurry to bring Saul Goodman in at this point. At first Vince was more in a hurry to do so, but he loves the world he’s creating.

Vince said that it’s no longer “how long does it take to turn Jimmy McGill into Saul Goodman,” but “what kind of problem does becoming Saul Goodman solve?” 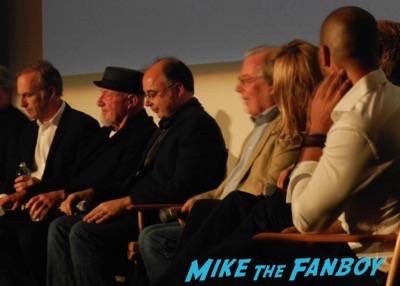 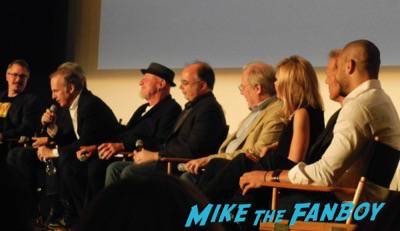 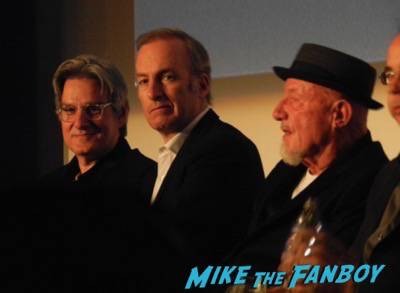 Much talk was made about acting legend Michael McKean being a member of the cast. The star of Best in Show, Laverne and Shirley and countless other acting credits does some of his best work in the new series.

Vince Gilligan said that he’s sure that they will make mistakes but they intend not to. 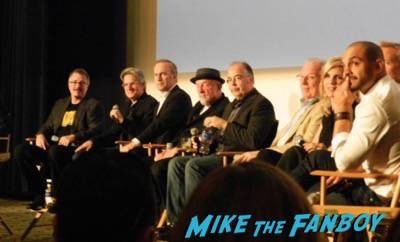 After the panel the cast stuck around and met with fans and attendees.

Michael McKean was very cordial and was happy to sign a poster for me before heading out. I then went over to see Bob Odenkirk who was quite cordial. I had two mini posters for Better Call Saul and they look great. 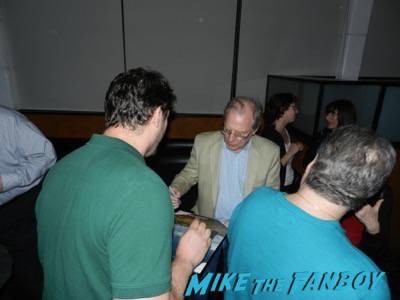 Patrick Fabian was super nice. I talked to him about his time on Veronica Mars and he said it was one of the best experiences ever and how nice Kristen Bell was. 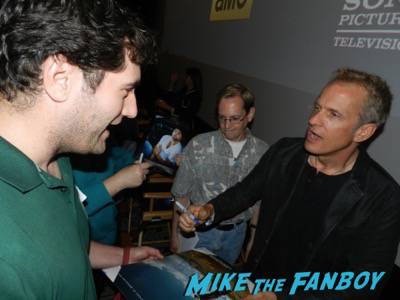 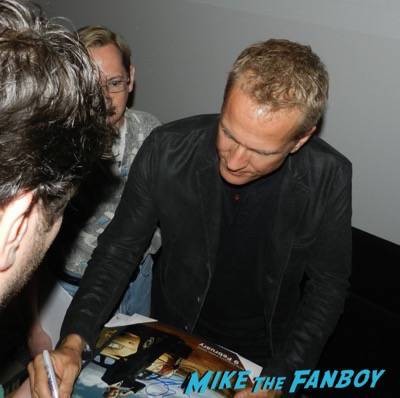 I talked to Vince Gilligan for a quick second about the X-Files and Vince said that sadly, he wouldn’t have time to be a part of the new six episodes but that he loved the series and being a part of the show. 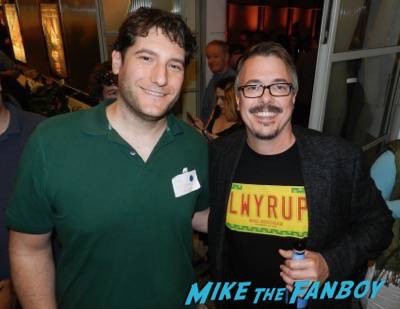 We then went to the party and talked to Michael McKean a little more. I talked to him about Clue and how he hears all the time about how that’s people’s favorite film and what a great time he had filming it. 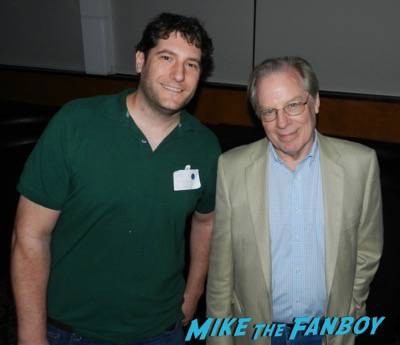 Big Mike, who went to the event with me, was nice enough to get my Best in Show mini poster signed for me. 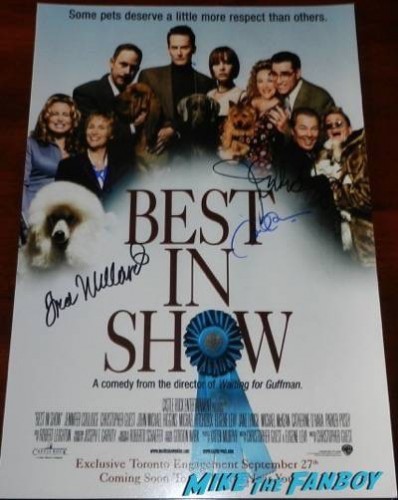 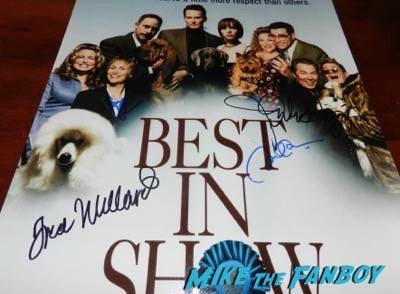 It was a remarkable night and we had an absolute blast! 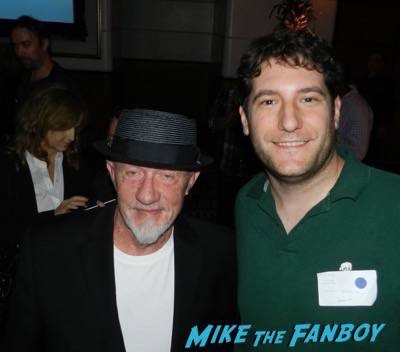 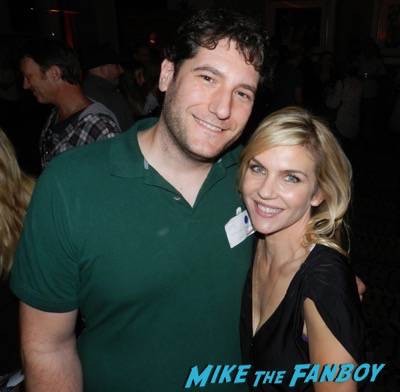 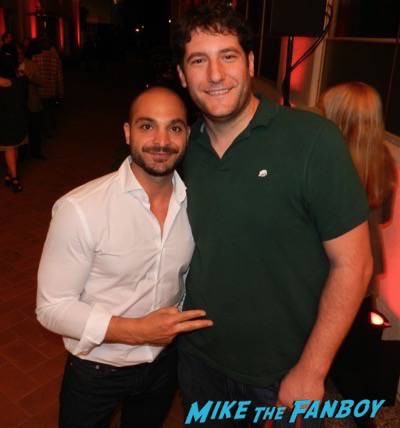 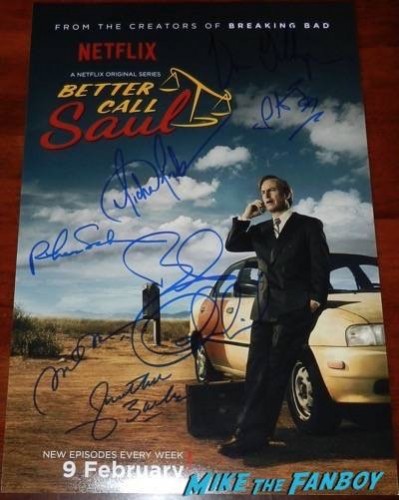 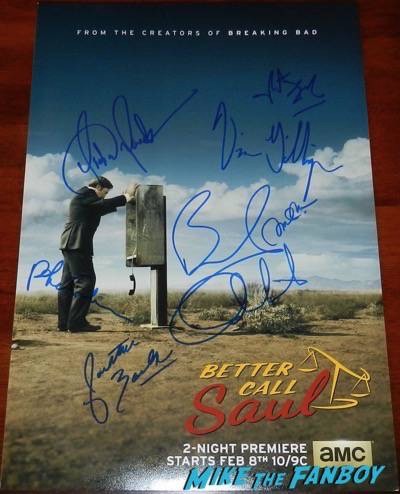