We are in the golden age of television, rarely do these times come along when there are such high quality and excellent choices on the small screen. In fact, I’m going to go so far as to say that the small screen has surpassed the silver screen in terms of quality. How else could one explain why top Oscar winning actors and actresses like Reese Witherspoon, Nicole Kidman, Robert De Niro, Michelle Pfeiffer, etc… have all tuned to the small screen these days for their signature roles. 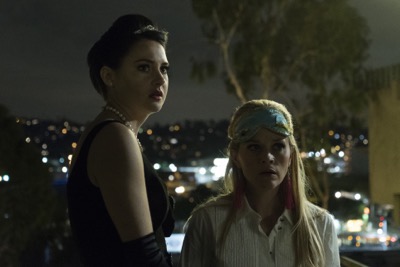 One role, that is sure to be a signature of Nicole Kidman and Reese Witherspoon is Big Little Lies, which is out now on Blu-ray. The HBO limited series is a complex look at growing older, creating the perfect exterior, and building the glass cages we put ourselves in.

Someone has been killed in the small town of Monterey. The town is full of upper crust families and even some people of the more domestic variety trying to carve out a better place for them and their families. We see women dropping their kids off at school, some mothers are stay at home others apparently run paypal. As we’re told though, this isn’t just a story about the women, it’s about the men as well. 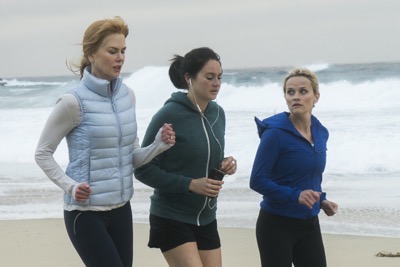 Madeline (Reese Witherspoon) is the queen bee of the moms. She’s like an older Tracey Flick from Election but always tends to find the wounded and help them. One of the wounded is her new friend Jane (Shailene Woodley) who is dropping her son off at his first day of school. She stops to help Madeline and a bond is formed. Jane is running from something, we don’t know what and she is a single mom to Ziggy, her adorable son.

Celeste (Nicole Kidman) is married to Perry (Alexander Skarsgard), she is other queen bee in town and keeps the gossip mill churning with her relationship with her much younger husband. They have a dark sexual attraction to each other which goes way too far into physical abusive territory. Celeste and Madeline are best friends and Celeste and Jane become friends as well. 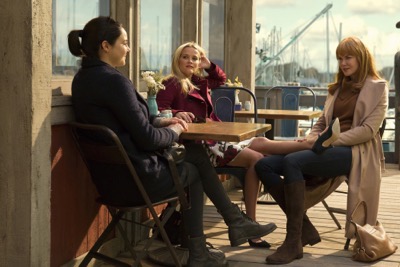 After the first day of school, Ziggy is accused of bullying a little girl, the daughter of Renata (Laura Dern), a working mother who runs paypal and is wound just a bit too tightly. Renata wages a war to get Ziggy and Jane ostracized from the community, which pits her squarely in the crosshairs of Madeline… and then a war begins. This war leads to children boycotting a birthday party, husbands fighting and tension building in this small town to a point that the boiling point is a simple shove away.

There’s obviously so much more to the story, but without revealing any spoilers, let me just say this is a must watch series. Each of the three lead actresses, all nominated for primetime Emmys are outstanding and deserve the accolades they have been receiving. This is one of the best ensembles to grace the large or small screen in years. The layers and layers that the story and scripts peel away is shocking and yet when you look back should have been clear from the get go. There is not one false note in the narrative and the work of the actresses involved would have earned each of them Oscar nominations if it were a feature film. 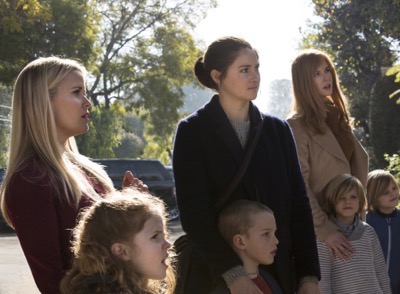 Big Little Lies arrives on Blu-ray in a stunning transfer thanks to HBO Home Video. You wouldn’t think a series that relies so much on small nuances would be enhanced by a high definition release, but the picture quality really sells the town as not just a locale but also a person in the story. I really saw that on the second viewing after watching the series on broadcast the first time. The stylized moments when the haze rolls in over the town, the colors of the ocean, nothing is too crisp, there is always an air of mystery surrounding the town, which of course suits the story perfectly.

There is also a short featurette titled, About Big Little Lies that is basically a cobbled together EPK.

The lack of bonus features is the only disappointing this about this release. Thankfully, the series is so powerful you don’t need the extra features to truly appreciate the narrative and story. It’s one of my favorite shows of the season, and a story everyone should take note of.

Big Little Lies is out now on Blu-ray!